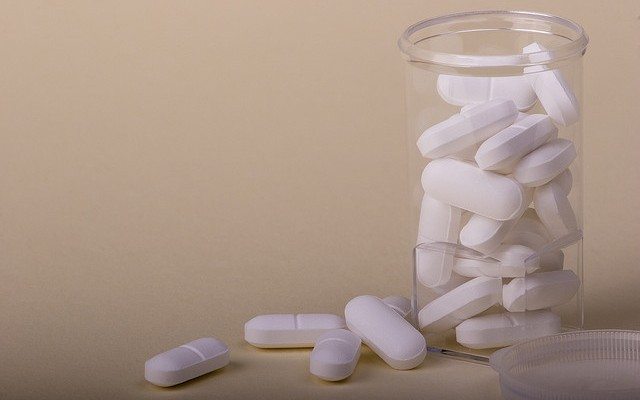 On April 11, 2007 in Pleasant Grove, UT, a woman named Michele MacNeill was pronounced dead of cardiovascular disease. MacNeill’s death came as a complete shock to her family. A former beauty queen who had just undergone a facelift procedure, MacNeill was a happy mother of eight, a devout Mormon, and married to a prominent Utah physician named Dr. Martin MacNeill.

For the MacNeill family, the years that followed were marred by lies, deceit, accusations, and tragedy. On Tuesday, October 15, Dr. Martin MacNeill’s murder trial will begin.

The story behind the MacNeill family and Michele MacNeill’s death is convoluted at best. According to different family members, there are many conflicting facts about what happened that day in the MacNeills’ Utah home.

Michele MacNeill had undergone a facelift surgery on April 3rd, 2007. She returned home on April 4th, and her daughter Alexis Somers , at the time a med-school student, stayed at home to tend to her mother. The morning after her mother returned home from the hospital, Alexis found her unresponsive in bed. According to Alexis, her father Martin stated that he might have overmedicated his wife.

Alexis’s story continues with a conversation with her mother; she testified in a pretrial hearing that Michele stated, “If anything happens to me, make sure it wasn’t your dad.” On April 11th, after Alexis returned to medical school, her mother passed away fully clothed in a bathtub in their home. Michele’s then six-year-old daughter Ada found her later that morning.

The coroner at first ruled her death as the result of a cardiac condition. However her children, particularly Alexis and her sister Rachel, were convinced that their father had something to do with their mother’s sudden passing. Finally in 2010, medical examiners took another look at the evidence and discovered that there was a possibly fatal combination of medications in Michele’s system. According to a CNN interview with Todd Grey, chief medical examiner of the Utah Sate Medical Examiner’s Office none of these medications were deadly on their own, but in combination they could have led to a cardiac death.

The MacNeills had one son, named Damian, who unfortunately committed suicide in 2010. However his girlfriend at the time, a woman named Eileen Hang, claims that Martin asked her to discard all of his wife’s medications after she died.

Martin tells a drastically different story that has been rife with contradictions. He has made numerous opposing statements to law enforcement, family, and friends. He claims to have an alibi, but it is largely unsubstantiated. His motive is, of course, at issue. The motive the prosecution will be presenting is of a philandering husband who fell in love with another woman named Gypsy Willis.

Gypsy Willis is being lauded as the prosecution’s star witness.  She had begun an affair with Martin in April 2004. From there, the story gets stranger. In the days leading up to Michele’s death, she exchanged many text messages with Martin. A week after Michele’s death, Gypsy moved in with the family to work as a nanny. She started pretending to be Martin’s wife and introduced her self as Jillian Giselle MacNeill. She pleaded guilty to identity fraud and related charges in 2011.

There are countless other confusing aspects of the story. The MacNeills had four biological children—Rachel, Alexis, Vanessa, and Damian—and then adopted four children from Ukraine. However the locations of three of these four children are essentially unknown—according to family members they may have been sent back to Ukraine. According to Alexis, before the facelift and subsequent death of Michele, Martin said he “no longer loved Michele and didn’t want their adopted daughters anymore.” Recently it has come out that the youngest, Ada, supposedly adopted, was actually Vanessa’s daughter and Michele’s biological granddaughter.

Since their mother’s death, Rachel and Alexis, along with the help of their aunt Linda, have crusaded against their father to face justice for what they believe was a murder. They have created two sites: and http://martinmacneill.info/ to attempt to inform the public about her death and his supposed involvement.

Currently, pretrial motions have been ruled upon, and jury selection will begin tomorrow. The facts will make for an interesting trial; any case so riddled with contradictions will be hard to prove beyond a reasonable doubt. It also comes a time when high profile cases have the ability to take the nation by storm. While the MacNeill case has not been as publicized as the Trayvon Martin or Casey Anthony cases, it has potential to become a media event. It will pitch a father against his daughters, a mistress against her former lover, and the truth against lies.

Anneliese Mahoney
Anneliese Mahoney is Managing Editor at Law Street and a Connecticut transplant to Washington D.C. She has a Bachelor’s degree in International Affairs from the George Washington University, and a passion for law, politics, and social issues. Contact Anneliese at amahoney@LawStreetMedia.com.
Share:
Related ItemsAdoptionAlexis SomersFaceliftGypsy WillisMartin MacNeillMichele MacNeillMurderOverdoseRachel MacNeillTrialUtah