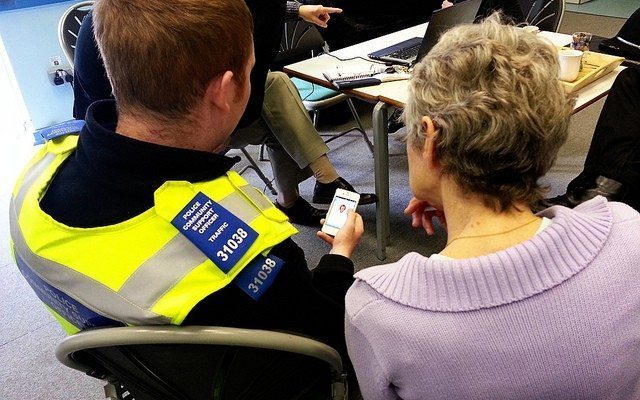 A fight is brewing between law enforcement officials and Facebook, and it’s just gotten some new players in the form of other social media companies. New York City has been trying to use evidence posted on Facebook as proof of fraud committed by government employees. The city has now run afoul of some of the largest social network companies, who are arguing that the actions taken by the NYPD and prosecutors are violating their users’ Fourth Amendment rights.

It all started when the NYPD discovered that a number of government employees–including fireman, police officers, and others–had been taking disability payments without actually being disabled. Evidence of their fraud came from their Facebook accounts–some of the employees supposedly on disability were also engaging in clearly strenuous physical activities during the same time period. There were also private messages sent through the social network in which the alleged fraudsters admitted to their wrongdoing.

The investigators got a warrant to search the Facebook accounts of the employees that they thought were breaking the law, as well as accounts of their families, friends, and other acquaintances. While they did eventually succeed, it was only after Facebook argued strongly against the investigation. Facebook claimed that the search of private accounts is “unreasonable” and skirts Fourth Amendment protections. The company is now filing an appeal making the same argument–and they’ve got some friends backing them up. Foursquare, Kickstarter, MeetUp, and Tumblr have all decided to stand with Facebook. The American Civil Liberties Union (ACLU) and the New York Civil Liberties Union will also be getting involved.

This case is yet another example of how the intersection between new technology and existing laws can get quite messy. The warrant originally requested by the NYPD involved a grand total of 381 Facebook accounts–many of which were only connected tangentially. The requested accounts had interacted with those of the accused–nothing more. Facebook argued that the search of those 381 accounts was tantamount to searching roughly 400 homes. That argument is fair, but a bit stretched. If there was a crime committed, the NYPD would have the right to search 400 houses, as long as they could prove it was reasonable.

It appeared to us from the outset that there would be a large number of people who were never charged in court. The district attorney’s response was that these people would have their day in court. There are more than 300 people that will never have that chance.

But according to NYPD and prosecutors, they did just that–they provided almost 100 pages of documentation explaining why they were searching each account when they requested the warrant.

There’s also the question of what right Facebook has to the accounts in their system. They challenged the warrant on behalf of their clients, and there’s a lot of legal ambiguity as to whether they were able to do so. They most certainly could not have alerted their clients that they were being investigated–that would have been impeding an investigation. Facebook claims that this created a big problem for their attorneys–they couldn’t do anything to stop it on their clients’ behalf, and they couldn’t do anything to warn their customers to get them involved.

The fact that other social networks have now said they’re going to join this legal fight will go a long way. As electronic communications become more and more popular, existing laws may not be able to keep up. While the collective action of social media companies may be forming a powerful lobby, whether or not their arguments for privacy and Fourth Amendment rights will prevail is up to the appeals court.