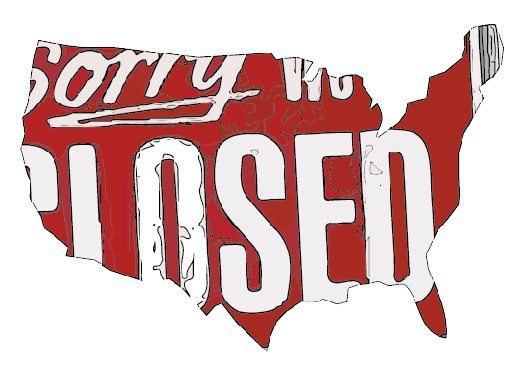 Day two of the government shutdown has come and gone, and the streets of Washington, D.C. remain much emptier than they were two days ago.  Today though, hope of a compromise shone through the darkness of out-of-office messages and locked government buildings.

President Obama hosted an afternoon meeting of Congressional leaders that lasted for an hour and a half.  Parties present at the meeting reported that it was unproductive, but the fact that the meeting occurred is slow progress.  In the beginning of this debacle, the President had stated that the resolution was squarely on the shoulders of Representatives and Senators.

Obama’s intrusion into the stalemated talks for funding of the government evidences the urgency with which this shutdown is being approached.

The first day of the shutdown was met with a collective shock at the actions of our politicians, as it perfectly illustrated the pettiness often associated with legislative politics.

The public relations and communications teams for politicians are likely working around the clock to restore the battered images that are resulting from the shutdown.  In addition to this meeting, 108 lawmakers have pledged to donate their salaries to charities in solidarity with the hundreds of thousands of federal employees not receiving pay.

Congress will continue working over time until a compromise is met, especially because the minute this conflict is resolved, they will need to decide whether to raise the debt ceiling.  The deadline for that decision is October 17, and is the determining factor in whether the government will be able to pay its bills.

The debt issue is as big a deal as the government shutdown, and could have a much more devastating effect on the steady economic progress the country is experiencing.