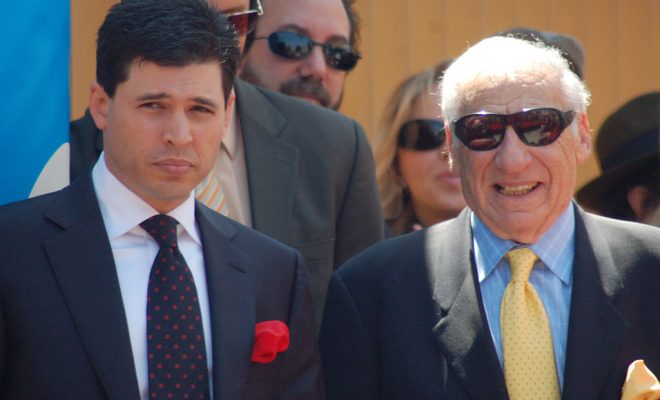 Why? Because he’s Mel Brooks. Best known for his films “Spaceballs” and “Blazing Saddles,” the 90-year-old director was at the White House last night accepting the National Medal of the Arts from President Obama. Which is pretty awesome!

Anyway, Mel Brooks, like many 90-year-olds, doesn’t give a shit about social conduct. So he decided to pull a gag, by pretending to pull down Obama’s pants.