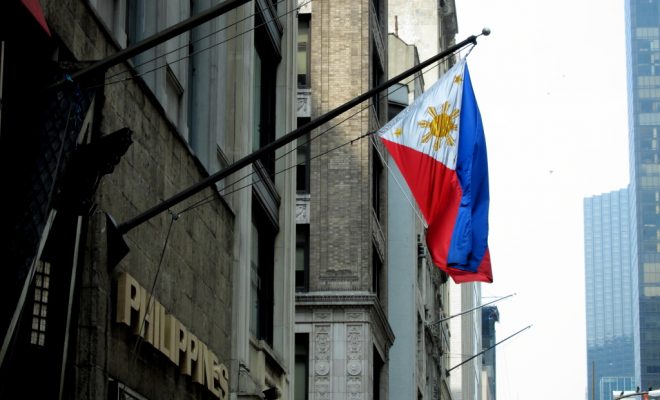 The number of suspected drug criminals that have been killed by police in the Philippines since President Rodrigo Duterte took office seven weeks ago is believed to be as high as 1,800 people, according to Philippine National Police Chief Ronald Dela Rosa. Local politicians, the United States, and the U.N. have started voicing concern about human rights violations as the country ramps up its fight against drugs. In response to recent criticism, Duterte lashed out at his critics and even suggested that the Philippines may leave the U.N. in the future.

At a Senate hearing on Monday, Dela Rosa said that police had killed 712 drug dealers and users since July 1. He also mentioned that they are investigating 1,067 other drug-related killings, but did not elaborate further. According to Reuters, two U.N. human rights experts recently urged the Philippines to stop the extrajudicial killings of suspected drug dealers that have escalated dramatically lately.

Late Sunday night, President Duterte held a press conference, in which he threatened to fire everyone in the government who had been appointed to his or her position by a previous president. At the press conference, he said the police did not carry out the extrajudicial killings. He also said, responding to critics at the U.N., “I will prove to the world that you are a very stupid expert.” In his speech, he asked people to not only think about how many drug dealers were killed but to also take into account how many innocent lives that are lost to drugs.

President Duterte even threatened to pull out of the U.N. saying, “I do not want to insult you. But maybe we’ll just have to decide to separate from the United Nations.” He went on to say that the Philippines might instead start a new international organization with China and several African nations.

Duterte continued to criticize the U.N. for not stopping the war in Syria:

You know, United Nations, if you can say one bad thing about me, I can give you 10 [about you]. I tell you, you are an inutile [useless]. Because if you are really true to your mandate, you could have stopped all these wars and killing.

The United States is normally a close ally to the Philippines but has expressed concerns similar to the United Nations in light of the recent deaths. The Philippines’ foreign minister, Perfecto Yasay, said on Monday that the President’s words had been no more than an expression of a strong disappointment with the U.N. “We are committed to the U.N. despite our numerous frustrations and disappointments with the international agency,” Yasay said. He added that Duterte has promised to respect human rights and that it is irresponsible for the U.N. to “jump to conclusions.”

But Senator Leila de Lima, a fierce critic of Duterte, is also concerned; she began a two-day inquiry on Monday, questioning police about the many killings. “I am disturbed that we have killings left and right as breakfast every morning,” she said. She also expressed her fear that the president’s war on drugs could be an excuse for law enforcement to kill with impunity.

On Sunday night, Duterte did not seem to worry about effects of his statements. When asked about his comments he said, “What is… repercussions? I don’t give a shit to them.”

Emma Von Zeipel
Emma Von Zeipel is a staff writer at Law Street Media. She is originally from one of the islands of Stockholm, Sweden. After working for Democratic Voice of Burma in Thailand, she ended up in New York City. She has a BA in journalism from Stockholm University and is passionate about human rights, good books, horses, and European chocolate. Contact Emma at EVonZeipel@LawStreetMedia.com.
Share:
Related ItemsDrug CrimesDrug TraffickingDrug WarDrugsHuman RightsHuman Rights AbusePhilippinesPresident DuterteRodrigo DuterteU.N.U.S.United Nations