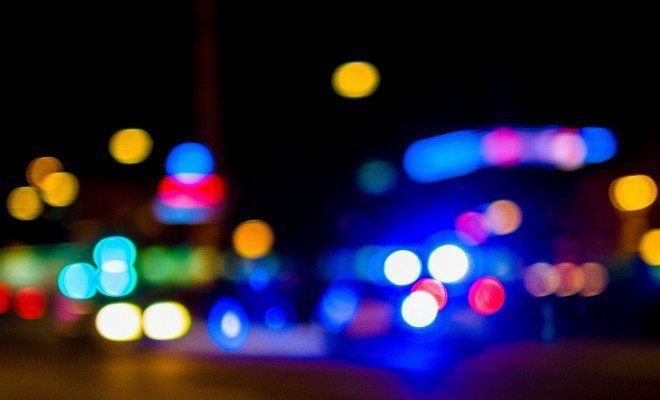 Standoff at the Oregon Wildlife Refuge: Is it Over?

For the past few weeks, the occupation of Malheur National Wildlife Refuge has been on everyone’s radar. This week, the standoff may be coming to an end, as local law enforcement arrested several of the movement’s leaders on Tuesday, in what turned out to be a fatal altercation.

The seven people arrested were the leader of the movement, Ammon Bundy; his brother, Ryan Bundy; and several others including Brian Cavalier, Shawna Cox, Peter Santilli, Joseph O’Shaughnessy and Ryan Payne. The militia members were taken into custody at a highway stop, like the one pictured below, set up by local law enforcement and FBI in the areas surrounding the Wildlife Refuge.

The arrested occupants are being held in Multnomah County Jail, which is a little more than five hours outside of the reserve where the militia currently occupies. Since Tuesday, additional arrests and voluntary departures have left as few as five people at the wildlife refuge, according to a video posted by one of the remaining individuals.

Perhaps the most controversial part of Tuesday’s arrest is the death of Robert “LaVoy” Finicum, a 55-year-old member of the takeover. Weeks before his death, Finicum  told reporters, “There are things more important than your life and freedom is one of them.” He warned that he would rather die than be taken to jail, sending an ominous warning that ended up ringing true Tuesday night. During the arrest, Ryan Bundy was also injured by a bullet, although it is unclear as to who shot him or how. All of the men and women taken into custody are being charged with conspiracy to impede federal officials by use of force, intimidation, or threats.

The FBI is attempting to shut down the operation by placing more roadblocks around the refuge and not allowing anyone in, except land owners. All law enforcement officers in the area are encouraging those who are still gathered in the refuge to leave. Several of the people who were holed up in the refuge have decided to follow that advice, as most of the leaders of this movement have been arrested and the fire behind the cause is beginning to dwindle.

Many of the journalists at the scene of the occupation left the reserve after receiving word from the FBI that they could not be guaranteed any kind of protection by law enforcement. Reporters were active on twitter, announcing the ominous warning given by the FBI:

.@OPB has left the compound entrance, along with @KGW, @KOINNews @fox12oregon and several journalists. We determined it’s not safe.

.@OPB was told by FBI that we were on our own — essentially stuff is going down and we need to move.

A lot of the details from this story remain fuzzy–no one has released specifics about Tuesday’s roadblock altercation and authorities still haven’t officially released Finicum’s name as the man who was killed in the shooting, though he was identified by his daughter. Oregon Governor Kate Brown voiced her opinion that she is ready for the situation to be resolved, saying, “Federal authorities must move quickly to end the occupation and hold all of the wrongdoers accountable. The spectacle of lawlessness must end.”

Who knows how much longer the occupants will, or can, hold out, but as tensions rise, it seems unlikely that the situation will be able to continue as it is for much longer.

Read More: What’s Going on in Oregon? Domestic Terrorism in the Beaver State

Alexandra Simone
Alex Simone is an Editorial Senior Fellow at Law Street and a student at The George Washington University, studying Political Science. She is passionate about law and government, but also enjoys the finer things in life like watching crime dramas and enjoying a nice DC brunch. Contact Alex at ASimone@LawStreetmedia.com
Share:
Related ItemsAnti-governmentMalheur National Wildlife RefugeMilitiaOregon