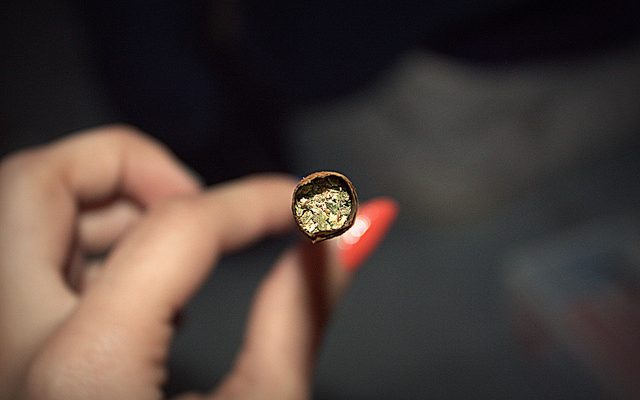 Cannabis in America May 2017: Learn How Legislators Are Aiming to Protect Cannabis Customers

A Michigan coalition is expected to have another go at legalizing recreational marijuana in the state in the next few weeks. “We’re right on the precipice of being ready to launch this thing. It’s going to be very, very soon,” former state Rep. Jeff Irwin (D-Ann Arbor) the political director for the Coalition to Regulate Marijuana Like Alcohol told the Detroit Free Press. The state-wide coalition also includes MI Legalize, a group that failed to get the issue on the ballot in 2016, and the National Organization for the Reform of Marijuana Laws, or Norml. The coalition is gearing up to submit petitions for the 2018 ballot initiative soon, but does not have a formal date set.

A new bill introduced last week aims to grant marijuana business owners full access to the banking industry. The Secure and Fair Enforcement Banking Act, also known as HR 2215, would allow state-licensed marijuana-related businesses the freedom to interact openly with banks without fear of repercussions from the federal government. Currently, hundreds of licensed organizations are unable to accept credit cards, deposit revenue, write checks for payroll, or claim tax deductions. Similar bills were introduced in 2013 and again in 2015. We’ll have to wait and see if the third time is a charm.

A new online search engine launched this week that allows users to search for cannabis products with real-time inventory information. Jane cleverly taps into dispensaries’ POS systems to find out which locations have products available, and provides verified reviews of products for customers–including a THC rating. The company has already signed up eight stores in Santa Cruz, California, and has plans to add more dispensaries in the near future.

From the outside, it looks like any other nondescript, brick-built church. But its stained glass panels, instead of biblical images, are adorned with a colorful array of planets–with wide, cartoonish grins–and stars. Welcome to Denver’s International Church of Cannabis, which had its grand opening last Thursday, on the unofficial weed holiday known as “4/20.” In a city where smoking marijuana in public is illegal, despite Colorado’s legalization of the drug in 2012, the church offers a holy refuge to those looking for a more spiritual kind of high.

In an interview on “Meet the Press,” John Kelly, the Secretary of Homeland Security, said that marijuana “is not a factor in the drug war,” contradicting the hard-line stance of Attorney General Jeff Sessions. While Kelly does not have the same authority as Sessions in enforcing the country’s drug laws, his department does deal directly with cross-border issues like marijuana trafficking.

Could California Become a Sanctuary State for Marijuana Businesses?

A bill introduced last month in California would bar state agencies from cooperating with federal law enforcement in cracking down on marijuana in the state. Marijuana is legal, both medically and recreationally, in the Golden State. That legalization is at odds with the federal marijuana ban and its classification of marijuana as a Schedule I substance. If it passes, California could become a sort of sanctuary state for marijuana growers, much like certain cities are sanctuary cities for undocumented immigrants.

In mid-April, Oregon’s legislature passed a bill that protects cannabis consumers’ private information from being stored by dispensaries and other marijuana businesses. As co-sponsor of the bill, State Rep. Carl Wilson (R-3rd District) said the bill is also meant to protect marijuana consumers against any potential crackdowns by the Trump Administration, which has toyed with the idea of enforcing the federal marijuana ban. Wilson spoke with Law Street’s Alec Siegel recently about the bill–which Gov. Kate Brown signed on April 19–and more.

AS: What was the primary goal of the bill?

CW: The goal of much of what we have done with cannabis is to try to normalize the product, and that is to make the purchase of it much like the alcohol side of things. We find that it is a fairly tall job to try to normalize [cannabis], but a substantial side benefit was to shield the names of cannabis purchasers should there be a [federal] crackdown.

AS:  What are some other changes you’d like to see in regards to Oregon’s marijuana legalization framework?

AS: Do your constituents express concern about how the Trump Administration will enforce the federal ban? Do you have concerns?

CW: It would be wrong for me to say I have no concerns. But I feel they have bigger fish to fry at this point, and I feel they’ll stick to those fish. This hasn’t been a highly charged subject for my constituents. The people I have heard from are in the growing community who are somewhat concerned and I think our [Joint Committee on Marijuana Regulation] saw to that.

When Mark Smith realized that the residents of Parachute, Colorado craved a late-night marijuana fix, after his dispensary had closed for the day, he had an idea. Smith, 58, decided to re-brand the Valley Car Wash across the street from his dispensary as Tumbleweed Express, the nation’s first marijuana drive-thru business. Find out more here.

Alexis Evans
Alexis Evans is an Assistant Editor at Law Street and a Buckeye State native. She has a Bachelor’s Degree in Journalism and a minor in Business from Ohio University. Contact Alexis at aevans@LawStreetMedia.com.
Share:
Related ItemsCannabis ChurchCannabis in AmericaJaneMichiganNewsletterOregonRecreational MarijuanaRep. Carl WilsonSAFE Banking ActTimbleweed