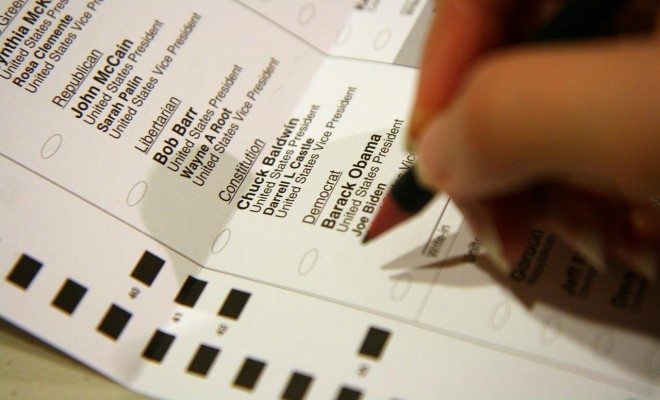 Oregon became the first state in the nation to automatically register voters using information collected at the state’s DMV with a law passed on Monday. This law marks another step forward in lowering barriers to voting in Oregon. The state implemented a vote-by-mail system 17 years ago and consistently has one of the highest voting rates among U.S. states.

Under the new law, every voting-eligible citizen who visited the DMV since 2013 will now be sent a ballot at least 20 days prior to an election. Currently only about 73 percent of eligible voters are registered in Oregon, with roughly 800,000 eligible Oregonians not registered. This law will dramatically reduce the number of unregistered citizens, as estimates project that it could lead to the registration of 300,000 people, bringing the total number of registered voters to 2.5 million. Oregon’s current voting system is conducted almost completely by mail; registered voters receive a ballot a couple of weeks before the election that they fill out and return. Under the new law, the number of people that will receive ballots will dramatically increase.

While federal law requires every state to allow registration at the DMV, doing so still requires citizens to opt in. Oregon’s new law will automatically register people and then send them a card allowing them to opt out. All new voters will be registered as unaffiliated with a political party, but will have the option to declare their affiliation at any point. Check out the Oregonian’s Q&A for more information on the specifics of the law.

While registering more people to vote seems like a win for democracy, the law is not without its opponents. The vote on the law split along party lines. Not a single Republican supported the measure, but because Democrats hold the majority, it passed. Opponents made several arguments against the bill including privacy concerns, raised questions about the security of information transfers, and even claimed that it challenges peoples’ freedom.

Let’s first take a look at the argument that automatically registering citizens to vote will in some way restrict freedom, or as Governor Tim Pawlenty put it when he vetoed a similar plan in 2009, “registering to vote should be a voluntary, intentional act.” Registering to vote is not the same as actually voting. The Census Bureau’s Current Population Survey found that in the 2010 midterm elections roughly 65 percent of the population was registered to vote, but only 45.5 percent actually did so.

Simply registering people to vote will not force them to vote, and it may not even lead to a significant increase in voter turnout. However, Oregon has a particularly high voting rate due to its mail-in system, as only three percent of registered voters did not vote in the previous election. That holds true for other states like Colorado, which like Oregon, started sending every voter a ballot before an election and then saw greater participation. Increasing the number of citizens who receive ballots in the mail may actually help increase the United States’ very low turnout rate.

It is clear that simply registering someone to vote will not coerce them to vote, but it helps allow people to participate if they so choose. This could be particularly helpful if someone decides to vote close to election day. Oregon law requires all voters to register at least 21 days before each election, so if you are not registered to vote before that window you are ineligible to participate. However, if someone were already registered through the automatic system then they would be able to vote without previously taking action.

Opponents of the law have also started to question the ability to transfer information securely from the DMV to the county clerk in order to update voter registration records. It is important to note that only voting-related information is transferred, including a person’s name, age, residence, citizenship, and signature, which is what the state’s voter registration card requires. The only truly legitimate concern of the law’s opponents is the fact that voter files become public, meaning that people with proper cause can access basic information about people.

Automatically making this information public may be somewhat concerning, but it is important to note that your personal information is already accessible in many ways. Finally, if people do not want their information public, they still have the option to opt out within 21 days of visiting the DMV by using a card that is automatically mailed to them. Furthermore, the DMV cannot transfer information to the county clerk until after the 21-day window has closed. This means that if someone is genuinely concerned about having a public voter file, he can simply decide not to go through with registration. The only difference here is that the burden will now be on citizens to opt out rather than opt in to registration.

This law will also help prevent voter fraud and ensure that people’s voter files are properly updated in order to prevent them from being disqualified to vote. A registration system that goes through the DMV will require people to actually document their citizenship rather than simply declare it on a registration card, as was previously necessary. Because people’s information will be updated whenever they visit the DMV they will not have to worry about their address being out of date. According to a Pew Charitable Trust project, incorrect information in voter files is a significant problem, as roughly on in eight voter registrations is significantly inaccurate or no longer valid, including over 12 million records that contain incorrect addresses nationwide. Oregon’s new system will help prevent these inaccuracies and will ensure that if people want to vote they will be able to.

Finally, it is important to acknowledge that both political parties have a significant interest in the number of registered voters. Republicans are typically associated with measures to increase voting security, through supporting stricter voter ID laws and opposing easier registration, calling for a crackdown on voter fraud. However, voter fraud is in fact extremely rare and these efforts are likely politically oriented, as they largely benefit from the status quo. On the other hand, Democrats have a lot to gain from increasing turnout because the people who do not vote tend to be Democrats. While there are clear political motivations for both parties, I have to side with those who want to expand voting rights rather than limit them. Oregon’s bill is a win for democracy, and hopefully other states will follow its lead in eliminating the barriers to political participation.