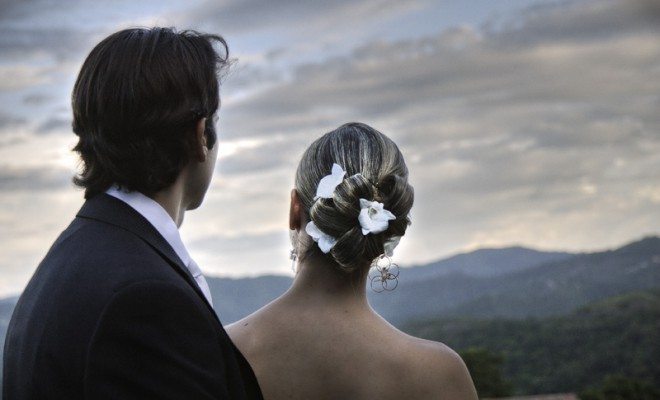 Oklahoma really is coming up with some interesting bills this legislative session. Last week I wrote about a bill that would outlaw Advanced Placement United States History classes from being taught in the state. Now, they’ve come up with another odd and awkwardly invasive issue–a legislator wants to ban couples from getting married if one of them has a sexually transmitted disease.

Oklahoma Senator Anthony Sykes introduced Senate Bill 733, which would create a new requirement for any couples seeking marriage licenses. The couple must each submit to a blood test within 30 days of submitting their application for the license. According to the bill, it appears that in order to receive the license they either both need to be STD-free, or if one of them has an STD, it can’t be at a stage where it would be able to be transmitted to another. It’s unclear what would happen if they both tested for an STD.

The State Board of Health shall require a blood test for the discovery of syphilis and other communicable or infectious diseases prior to the issuance of a marriage license.

The bill is lauded as a way to provide people with information of their STD status, which is always a good idea, but legal experts don’t necessarily think that it will help prevent STD transmission. STDs tend to be more prevalent among younger, unmarried people. It also seems to imply that someone with an STD and someone without an STD can’t safely have sex with someone who isn’t infected. That’s untrue, and irresponsible to imply.

Furthermore, there are some clear privacy issues with this bill. This may require that those couples who apply for marriage licenses and then get STD tested then have their statuses made publicly available. That’s based on how the bill is worded now, which requires couples to file the results with the clerk after being tested. That not only invades the privacy of those couples, but also violates the Health Insurance Portability and Accountability Act (HIPAA).

If Oklahoma were to enact this bill, it would be a sort of throwback to laws that used to be on the books in many states; however, every other state has repealed its premarital testing laws, with the exception of Montana. A 2009 study at Notre Dame explained why these laws no longer make much sense, saying blood test laws:

were enacted in the first half of the twentieth century as part of public health campaigns to reduce the spread of communicable diseases and prevent birth defects. The laws required couples applying for a marriage license to be screened for certain conditions, commonly rubella or syphilis. However, after penicillin proved to be a cheap and effective treatment for syphilis and vaccines were developed for rubella, these screenings were no longer considered cost-effective.

While this law probably comes from a good place, it’s antiquated and overreaching. Providing better sex education and resources for young people would go much further to prevent STD transmission than unnecessarily delving into the lives of engaged couples.

Anneliese Mahoney
Anneliese Mahoney is Managing Editor at Law Street and a Connecticut transplant to Washington D.C. She has a Bachelor’s degree in International Affairs from the George Washington University, and a passion for law, politics, and social issues. Contact Anneliese at amahoney@LawStreetMedia.com.
Share:
Related ItemsHIPAAMarriageOklahomaPrivacyState LawsSTDSTD Testing