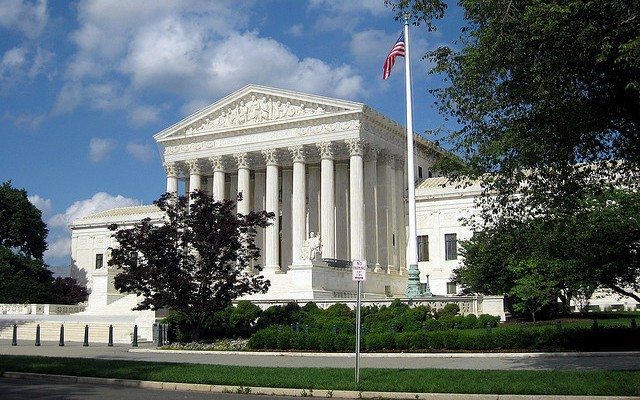 The new Supreme Court term has begun! Over the past few years, the nation’s highest court has dealt with many historic cases, including the Affordable Care Act, the Voting Rights Act, Proposition 8, and the Defense of Marriage Act.  Many of these decisions were closely split, contentious, and received a poignant mix of outright disgust and frantic applause from various political factions. This upcoming term promises an equally exciting set of decisions. On the docket in upcoming weeks are cases that include campaign contribution limits, abortion rights, affirmative action, public prayer, and the ability of the president to make recess appointments.

Here are some of the upcoming cases that could be important to keep an eye on:

Already in progress is McCutcheon v. FEC. Under current law, there is an aggregate limit on how much an individual can give to campaigns over two years: $123,200. McCutcheon, backed by the RNC, alleges that these caps are unconstitutional because they limit freedom of speech. This case can be seen as a follow up to the controversial Citizens United case that allowed corporations and groups to levy free speech through making unlimited campaign donations.

Town of Greece v. Galloway asks whether starting a town council meeting with a prayer violates the separation of church and state. Greece, a small town in Rochester starts each meeting with an (usually) overtly Christian prayer. A few non-Christian members complained that they felt coerced to participate.

Schuette v. Coalition to Defend Affirmative Action will deal with the of question of whether by amending their state constitution to prohibit race and sex based discrimination in public college admissions—meaning affirmative action—Michigan has violated the Equal Protections Act.

McCullen v. Coakley  deals with a Massachusetts law creating a 35-foot buffer zone around abortion clinics so that protesters urging women to make different choices are not allowed to protest within 35 feet of an abortion clinic. The plaintiffs believe that this buffer zone violates their freedom of speech rights.

Bond v. US is a truly interesting case in which a woman attacked her husband’s pregnant girlfriend with a potent mix of chemicals to attempt to kill her. She was charged by the government with being in possession of chemical weapons, and violating the Chemical Weapons Convention that was ratified by the United States. This case will offer an interesting view on the intersection between domestic courts and international law.

These are obviously not the only cases to watch in the current term. Other cases such as Kansas v. Cheever deals with the issue of self-incrimination. The Affordable Care Act Contraception mandate is being challenged in a number of cases. Limits on abortion-inducing drugs will be questioned in Cline v. Oklahoma Coalition for Reproductive Justice. All of these cases promise that the 2013-2014 season of Supreme Court decisions will be as revolutionary and exciting as the last few have been.