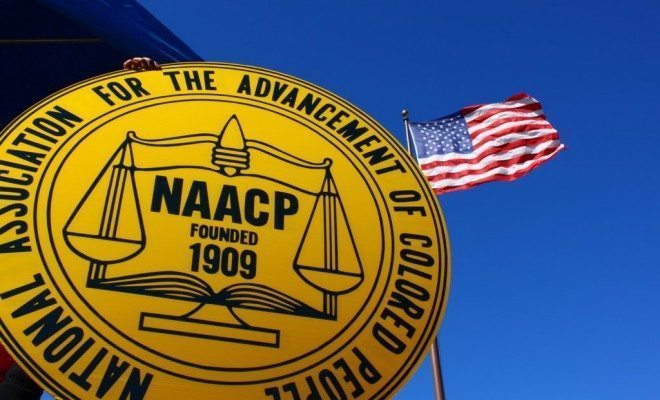 NAACP in Colorado Bombed: No Injuries But Also No Coverage

A bomb went off at a Colorado chapter of the NAACP yesterday. The office is located in Colorado Springs, Colorado, and although there were no injuries or deaths reported, there was minor damage to the offices, as well as to a hair salon located in the same building. The FBI has announced that it believes that the bomb was “deliberate.”

What exactly that means, however, no one is completely sure. The FBI has said that it could have been some sort of domestic terrorism, but they’re not able to be sure yet. Amy Sanders, media coordinator for the Denver office said:

Certainly domestic terrorism is one possibility, among many others. We are investigating all potential motives at this time.

Members of the NAACP have hinted that it could it have been a hate crime. Sandra Yong, President of the Denver Chapter of the NAACP said:

This certainly raises questions of a potential hate crime. But at this point we’re still gathering information. It’s a very sad situation, but we’re happy our people in Colorado Springs are safe.

She also stated that her branch:

Stands tall with the community of Colorado Springs in rejecting an attempt to create fear, intimidation and racial divisiveness. Although this is an active investigation, one thing is clear: This is an act of domestic terrorism.

However, the President of the Colorado Springs NAACP chapter, Henry Allen Jr., said on Tuesday after the incident that he wasn’t ready to call it a hate crime.

So, what exactly happened? What we know is that witnesses heard a booming sound around 10:45am and then saw smoke. In addition, the side of the building where the NAACP office is located appeared to be burnt. The bomb has been called by many news sources “makeshift” or “homemade.” It was placed next to a gas can, but luckily did not cause the gas can to ignite or explode.

There is a person of interest in the investigation. He has been described as a white man in his forties who drove a dirty white pickup truck and had a license plate that was covered or obstructed in some way. One witness said that he looked on the heavier side, and that he was wearing a Carhartt type jacket.

While no one’s certain that it was the NAACP that was targeted, it seems like the most likely target for the bomb. Most onlookers have pointed out that the nearby hair salon probably wasn’t the target.

The bigger story that has seemed to come out of the incident was the media coverage, or more accurately, the lack thereof. While this happened yesterday, it didn’t really get covered on last night’s news lineup. According to ThinkProgress:

There were obviously other big news stories happening at the same time–the start of open-season on Congress, for example–but it still seems like a possible domestic terrorist attack should have gotten more than a “cursory report.” The hashtag #NAACPBombing is trending on Twitter, where many are coming forth to say that the social media tag is the first time that they’ve heard about the bombing.

Seriously, we should all be questioning WHY it took a trending hashtag for us to learn about the #NAACPBombing. We know the answer though…

Here’s all the best media coverage of the #NAACPBombing that I’ve seen so far –> pic.twitter.com/6AtGymj8Jk

Despite the fact that the manhunt is still underway in Paris for the men who committed a terrorist attack there this morning, it is a bit weird that there’s been little coverage of the NAACP incident.

Given that the suspect is still at large, one of the best ways to keep people on alert and on the lookout is to spread the news. While the proliferation through Twitter has been great, and an amazing look at the way in which the internet has made it so much easier to communicate, it’s not quite enough.

Anneliese Mahoney
Anneliese Mahoney is Managing Editor at Law Street and a Connecticut transplant to Washington D.C. She has a Bachelor’s degree in International Affairs from the George Washington University, and a passion for law, politics, and social issues. Contact Anneliese at amahoney@LawStreetMedia.com.
Share:
Related Itemsal-QaedaApathyBombCongressDomestic TerrorismHate CrimeMediaMedia CoverageNAACPParisRaceSuspectTerrorism