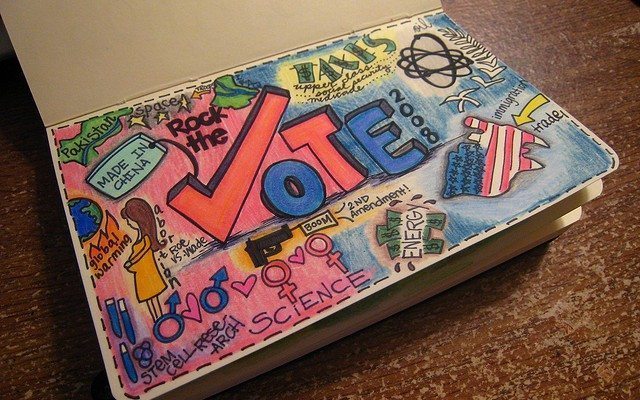 Millennials as a Source of Political Change: It’s Just Not Happening

The 2008 election was a great source of pride for the Millennial generation; their voting rate was higher that year than in any other recent election. Analysts and pundits started emphasizing the importance of online campaigning as the way to reach young voters. But 2008 turned out to be more of an isolated case, as turnout among the 18-29 age group decreased by nearly nine percent in 2012. Young voters often trumpet support for social causes and tout their progressive political views, but the record shows that they frequently underrepresent themselves at the polls.

Turnout data suggests that the 2004 and 2008 elections, which saw two consecutive increases in young voters, unfortunately are anomalies. According to a Census Bureau report, the 2004-2008 increase seems “temporary and not representative of a permanent shift towards greater young-adult engagement in presidential elections.” Sure, you can argue that voter turnout is always low among young adults, but what is unique about this group of the electorate is how their views differ from previous generations.

Two recent studies, one by the Pew Research Center and another other by Reason-Rupe, reveal just how different Millennials are from older generations. Both reports show that Millennials tend to be more liberal when it comes to social issues, and more centrist in terms of economics. The interactive chart below illustrates a few of the many distinct views held by Millennials.

One of the most striking findings from these reports is the degree to which Millennials do not associate with political parties. Millennials are actually more willing to identify themselves with a particular cause than with a political party. While you may conclude that this generation’s opposition to parties and institutions indicates low political interest, their strong support for social issues may refute that claim. Millennials are not less interested in politics than previous generations; instead, they have focused their support on individual issues, not party platforms.

Derek Thomson, a writer for The Atlantic, criticized the findings of recent reports in a article titled “Millennials’ Political Views Don’t Make Any Sense.” Much of Thomson’s piece focuses on what he perceives as the generation’s incompatible views of economics and the role of the government. One of Thomson’s several examples includes the finding that 65 percent of Millennials want to cut spending, while 62 percent want more spending on jobs and infrastructure. Although those two points are not mutually exclusive—you can have spending cuts in areas other than jobs and infrastructure—Thomas does have a point. The economic and ideological views of Millennials appear as if they are still forming, but the generation’s support for social issues like gay marriage and legal status for undocumented immigrants is surprisingly clear.

So far everything in this article has probably just reiterated conventional wisdom: millennials are socially liberal and have a more favorable view of recent social trends—but the issue is that these views are unlikely to actually change anything. Although the Millennial generation has a unique perspective, their attitudes have not turned into political engagement. Why? Millennials don’t vote.

The Census Bureau’s report on young adult voters highlights the significant turnout gap between different generations. What the bureau calls “under-voting” occurs when a population group casts fewer votes relative to its share of the voting-eligible population. For example, in 2012, the 18-29 age group made up 21.2 percent of the voting population, but only made up 15.4 percent of the total votes cast, thus under-voting by 7.1 percent—and yes, that’s a lot.

Courtesy of The Census Bureau

The graph above shows exactly how bad Millennials have been at showing up on election day. Relative to their share of the eligible voter population, Millennials cast far fewer ballots. (Eligible voters are essentially anyone over the age of 18, though some states also restrict the voting rights of certain groups like felons and the mentally impaired).

This trend becomes even more alarming if you look at turnout for midterm and local elections. While American voters as a whole are pretty bad at turning out for midterm elections (the 2010 voting rate was just 37 percent—16 percent lower than the 2008 presidential election), young voter turnout is particularly low. Fewer than 25 percent of voters aged 18-29 voted in the 2010 midterms, according to CIRCLE (The Center for Information & Research on Civic Learning & Engagement). And recent polling indicates that this year’s elections will be no different.

The Status Quo Lives On

Millennials are the most diverse generation in American history, they have unique political views, and care strongly about social issues, yet they have caused little change politically. While there may not be a competition between younger voters and older voters, the earlier generations consistently beat Millennials to the polls and have their views reflected in the government.

A research project conducted by The New Republic, using data from TargetSmart Communications, revealed “the only split in American politics that matters” is the one between reliable and unreliable voters. They found that the people who vote every Election Day, as a matter of habit, are considerably more likely to be older and typically vote conservative.

If the Millennial generation wants political change and would like its views to be represented in Congress, the first step is clear: they need to vote–in every election. The next step is to engage politically by contacting representatives, attending local government meetings, helping campaigns, and supporting issues by doing more than signing an online petition. Millennials have already proven to be great volunteers who care about their communities, but that engagement does not always translate to political change. Until young adults vote and interact with their government, policies will not turn in their favor.