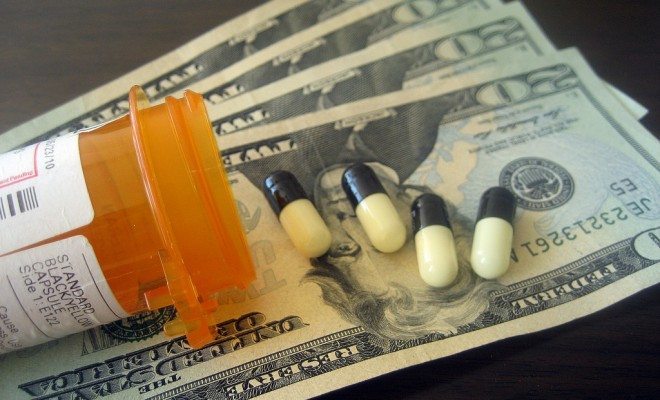 King v. Burwell: Win or Lose, the Newest ObamaCare Case is a Mess

Once again, the fate of the Affordable Care Act–Obamacare–rests in the hands of the nine justices of the Supreme Court. This time, the case is called King v. Burwell, and today, on this rainy Wednesday, oral arguments began. The case itself serves as an argument for proofreading and very deliberate writing, given that most of the accomplishments made by the implementation of Obamacare pretty much hang on one word written into the law: “state.”

Here’s a quick summary: Obamacare requires everyone to have insurance, and for those who buy insurance from the Exchanges implemented by the law, subsidies are supposed to be provided. Now, some states didn’t set up their own exchanges but instead relied on the federal exchange. Which should be fine, except there’s this one little part of the law that says:

(A) the monthly premiums for such month for 1 or more qualified health plans offered in the individual market within a State which cover the taxpayer, the taxpayer’s spouse, or any dependent (as defined in section 152) of the taxpayer and which were enrolled in through an Exchange established by the State under 1311 of the Patient Protection and Affordable Care Actor

A very literal interpretation of this clause would make it seem like those subsidies only apply to those who get their insurance on the state exchanges. But the IRS went ahead and gave subsidies to those on the federal exchange anyway, mostly because the government is arguing that the law was intended to be chopped up like that.

To put it simply: we’re watching a Supreme Court case over the use of the word “state” when it maybe should have said “government” or another less descriptive word.

Anyway, it’s not that this is a traditional legal issue. It’s a political play masked as a lawsuit–Republicans don’t want Obamacare to survive, and this is yet another attempt to get the law rendered significantly less effective than it is now.

No one knows exactly what’s going to happen–while the argument itself seems relatively specious, justices’ political beliefs could play a part. Justice Anthony Kennedy, the perennial swing vote, and Chief Justice John G. Roberts, who wrote the decision in the last big Obamacare case, are both being viewed as potential defectors from the conservative side of the bench.

Protesters from both sides have shown up at the Supreme Court, despite a rainy morning. In fact, I saw people camped out there as early as midnight last night–awaiting the chance to make their opinions about America’s healthcare future known.

Good size turnout of happy patriots defending the Constitution. “KEEP THE IRS OUT OF MY HEALTH CARE!” #KingvBurwellpic.twitter.com/BlWccHjGvL

In some ways the biggest question isn’t what the court will do–after all that’s out of everyone’s hands with the exception of the nine justices–but what will happen after King v. Burwell is decided. If it’s decided that people can’t, in fact, get subsidies from the IRS if they’re on the federal exchange, the federal government can’t really do anything.

So that leaves two possible groups who can act–the United States Congress, and the states that relied on the federal exchanges. Unfortunately, it’s relatively unlikely that either will act. The states that chose not to set up the exchanges in the first place often did so because they did not agree with Obamacare. Congress…well a Republican-controlled Congress, will certainly not amend the law to fix it.

The most recently floated possibility came in the form of an op-ed from Representatives John Kline (R-MN), Paul Ryan (R-WI), and Fred Upton (R-MI). Entitled “An Off-Ramp From Obamacare,” and published in the Wall Street Journal, Kline, Ryan, and Upton used heavy-handed car-wreck metaphors to describe an alternative to the subsidies should King v. Burwell find that the federal subsidies are not allowed. This new plan would allow states to opt-out of Obamacare’s mandates, both for the individuals and employers, and would give people tax breaks rather than subsidies to buy insurance.

That doesn’t seem that different, but there is a worrisome element to the plan put forth by Kline, Ryan, and Upton. And that is the idea that people can afford to purchase the insurance and then wait until tax time to recoup that money. For the millions of Americans who live paycheck to paycheck, that isn’t necessarily a possibility.

Let’s be honest here, this entire thing is a mess. The Supreme Court could go either way, and if it chooses to declare the subsidies null and void, there will be a lot of people struggling to figure out what that means for their health care. If that’s the case, there’s no guarantee that House Republicans will actually get their crap together to make this “off-ramp” a reality, and even if they do, there will still be a lot of problems. The future of Obamacare looks just as messy as its past.

Anneliese Mahoney
Anneliese Mahoney is Managing Editor at Law Street and a Connecticut transplant to Washington D.C. She has a Bachelor’s degree in International Affairs from the George Washington University, and a passion for law, politics, and social issues. Contact Anneliese at amahoney@LawStreetMedia.com.
Share:
Related ItemsGovernmentHealth CareHealth ExchangesInsuranceobObamacareSCOTUSSemantics