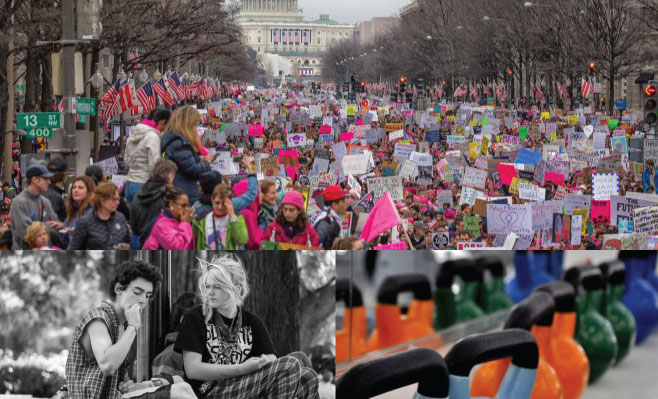 ICYMI last week, paid protesters can make as much as $1,500 a week, pediatricians issued new guidelines regarding kids and marijuana, and a new cannabis gym is opening up in San Fransisco. Check out Law Street’s best of the week below!

Wayne LaPierre Says Paid Protesters Make $1,500 a Week: Where Can I Sign Up?

NRA Executive Director Wayne LaPierre stayed true to the White House’s line that protesters speaking out against the administration are paid. In fact, he claimed that protesters are being paid $1,500 a week. And given that the future of journalism seems to be less-than-rosy right now, I have to ask: where do I sign up?

The American Academy of Pediatrics (AAP) released new guidelines for pediatricians to follow in light of recent marijuana legalization developments. Marijuana is legal, either medically or recreationally, in 28 states and D.C. Though overall marijuana use, even in states with the most lenient laws, has remained the same, decriminalization has “created an environment in which marijuana increasingly is seen as acceptable, safe, and therapeutic,” the report said.

A Cannabis Gym is Opening in San Francisco

Things you find at a gym: barbells, bad dance music, bro tanks, yoga pants, and marijuana. Marijuana? At Power Plants Fitness, opening in May in San Francisco yes, you will find marijuana. Founded by Jim McAlpine, with funding help from former NFL star Ricky Williams, the cannabis gym is designed to be a complete health and wellness experience. Patrons will be able to purchase marijuana edibles on-site, and consume the drug before, during, or after their workout.

Alexis Evans
Alexis Evans is an Assistant Editor at Law Street and a Buckeye State native. She has a Bachelor’s Degree in Journalism and a minor in Business from Ohio University. Contact Alexis at aevans@LawStreetMedia.com.
Share:
Related ItemsBest of the WeekCannabis GymICYMIMarijuanaPaid ProtestersPediatriciansWayne LaPierre