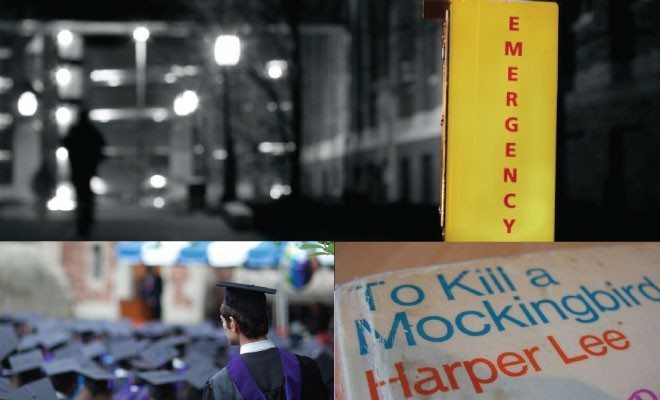 ICYMI, check out the best of the week from Law Street, including Campus Crime rankings, celebs with JDs, and the latest controversy with Harper Lee’s new novel.

Student safety is a high priority for all colleges and universities. While colleges and universities are typically safer than the areas that surround them, many schools face important and unique challenges. Law Street’s Campus Crime Rankings were created to serve as a comprehensive look at the safety of our college campuses, and to act as a resource for students, families, and college communities. Read full article here.

While law degrees are usually associated with stern, hardworking, white-collar professionals, there are other J.D. holding candidates who portray a different image. In fact many of us look up to these people without even knowing it, as they resemble some of today’s hottest celebrities and athletes. Read full article here.

This week, the white fiction world has been up in arms about Harper Lee’s portrayal of fictional, white lawyer Atticus Finch as explicitly racist in her long-awaited second book, “Go Set a Watchman.” Read full article here.

Chelsey D. Goff
Chelsey D. Goff was formerly Chief People Officer at Law Street. She is a Granite State Native who holds a Master of Public Policy in Urban Policy from the George Washington University. She’s passionate about social justice issues, politics — especially those in First in the Nation New Hampshire — and all things Bravo. Contact Chelsey at staff@LawStreetMedia.com.
Share:
Related Items#1#23Atticus FinchBest of the WeekCampus CrimeCelebritiesCrime in AmericaHarper LeeICYMIJDLawyerRacismRankings