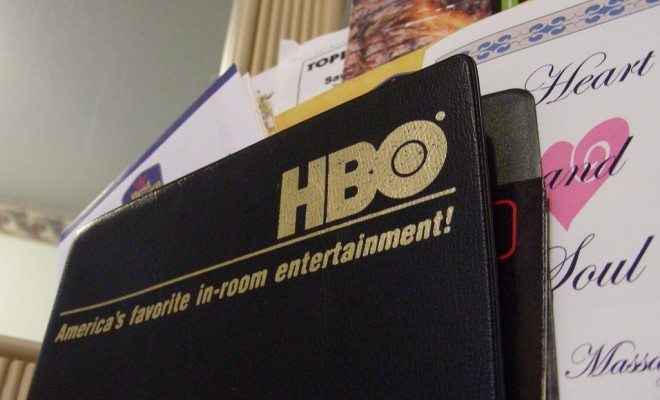 Scientology has long had an odd relationship with American celebrities. Some famous adherents include Kirstie Alley, Elisabeth Moss, Greta Van Sustern, John Travolta, and Tom Cruise. The Church of Scientology is also well known for using its substantial coffers to defend itself through litigation. It is within this context that HBO recently announced that it would be creating a documentary about the Church of Scientology and its celebrity followers. The company, probably wisely, is lawyering up before the release.

The book on which the documentary is based is called “Going Clear” and is written by Lawrence Wright. It focuses on the founder, L. Ron Hubbard, and the current leader, a man named David Miscavige, with particular emphasis on Scientology’s relationship to Hollywood and American celebrities–specifically John Travolta and Tom Cruise, as they are arguably two of the most famous celebrities in the religion.

The book makes some broad accusations, including abuse allegations against the church. The Church of Scientology, of course, flatly denies those claims. When the book was released, spokeswoman Karin Pouw released a statement said that:

The stories of alleged physical abuse are lies concocted by a small group of self-corroborating confessed liars. The hard evidence clearly shows that no such conduct ever occurred and that in fact there is evidence that shows it did NOT occur.

HBO claims that it has probably 160 different lawyers looking into the film–it needs to make sure that it is airtight before airing, because the company doesn’t particularly want to owe the Church of Scientology any money.

Media companies and media personalities have in the past tussled with the Church of Scientology, and not just in the courtroom. Matt Stone and Trey Parker, creators of South Park, did a controversial episode entitled “Trapped in the Closet” in 2005 that made fun of the religion. The episode also makes fun of Cruise and Travolta (particularly rumors about their respective sexual orientations) and calls the religion a cult, which is pretty tame as far as South Park episodes go.

The Scientologists reacted very, very poorly. The religious sect started basically stalking and surveilling Stone and Parker, attempting to find something incriminating. Marty Rathburn, who used to be involved with the Church of Scientology, explained the kinds of things they would do to Stone and Parker, saying:

Phone records. Bank records. Personal letters that expose some kind of vulnerability. They’ll read stuff into the kind of alcohol you’re drinking and how much. Prescriptions. They’ll figure out your diet. They can find out a lot about you through your trash.

Back to “Going Clear” and its corresponding documentary. The Church of Scientology has already managed to mess with it a bit. The book was never released in the United Kingdom because the publishers were afraid that it would lead to a lawsuit. However, HBO truly has every intention of moving forward with the movie plan–160 lawyers and all.

Anneliese Mahoney
Anneliese Mahoney is Managing Editor at Law Street and a Connecticut transplant to Washington D.C. She has a Bachelor’s degree in International Affairs from the George Washington University, and a passion for law, politics, and social issues. Contact Anneliese at amahoney@LawStreetMedia.com.
Share:
Related ItemsDocumentaryHBOJohn TravoltaKirstie AlleyReligionScientologySouth ParkSurveillanceTom Cruise