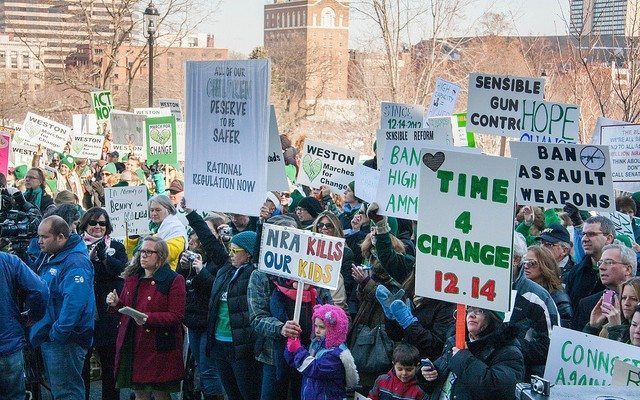 Tuesday, January 21, 2014 saw yet another shooting unfold on a college campus. Andrew Boldt, a senior at Purdue University, was shot and killed inside the university’s electrical engineering building. The police responded quickly to the scene and arrested the suspect, Cody Collins, shortly after the shots were fired.  Purdue University responded to the incident by sending text message alerts to students telling them to take shelter in their present locations.  Later, the university cancelled classes for the rest of Tuesday as well as Wednesday and held a candlelight vigil to pay respects to Boldt.

Unfortunately, Tuesday’s shooting is only one of a number of recent events involving gun violence on college campuses and schools.  On the evening of Monday January 20th, a student was shot and injured near the athletic center of Widener University in Eastern Pennsylvania.  On Janurary 9th, a seventeen year old student was shot outside the main office of Liberty Tech High School in Jackson, Tennessee.  On January 14th, a twelve year old boy brought a loaded gun into the gym of Berrendo Middle School in New Mexico, shooting and wounding two students. On January 19th, another shooting occurred inside Delaware Valley Charter High School, where two students were shot and wounded.  And the list continues.

With so many shootings at schools and universities in January alone, the issue of gun control in school again resurfaces.  These recent events and past tragedies such as Sandy Hook Elementary and Virginia Tech begs the question: has there been any progress in preventing gun violence in schools?

The Youth Risk Behavior Survey‘s most recent findings in fact show that only 5.4 percent of high school students brought guns onto school property.  This percentage is half of that in 1993.  However, the recent violence in the news has not gone unnoticed: around 540 bills on school security were introduced in state legislatures in 2013, and 106 were passed into law.  The measures include gun-safety education, emergency drills, and security officers on school grounds.

Some local school boards have also gone as far as providing guns to teachers and other staff in the school to try to provide safety for students. Bills that allow school officials to possess guns passed into law in eight states. This policy corresponds with the National Rifle Association’s claim after Newtown that the way to prevent gun violence is with the use of guns, not without them.  Perhaps, as the NRA argues, armed officers or teachers in schools can deter shooters from committing further violence. After Sandy Hook, Wayne LaPierre, President of the NRA, stated, “the only thing that stops a bad guy with a gun is a good guy with a gun.” Proponents of this view point to the case of the shooting in Prince Middle School in Georgia: after a student shot another student, an armed officer was able to disarm him and end his streak of violence.

However, there are several problems with this solution. First, even if arming teachers and officers in schools can potentially limit violence, how can it prevent the initial action before it occurs?  Second, who is to say the “good guy with a gun” won’t make a mistake and target an innocent person?  And additionally, seeing teachers and officers respond to emergencies with guns can encourage children to desire to emulate their superiors by acquiring a weapon of their own. Responding to violence with violence is not the answer.  Instead, the focus must be on preventative measures such as education on weapons and counseling.  Schools need to get to the root of the problem and determine why children and young adults resort to using weapons to solve their issues.  The focus of schools must turn to learning about behavioral issues in adolescents and how schools can implement strategies to teach children to turn away from violence.

In the mean time, efforts are still needed to ensure the wrong people can’t acquire a gun.  The issue of gun control is still very much on the President‘s mind.  Earlier in January, President Obama announced two executive actions that will increase the ease for states to provide records of citizens with mental illness to the background check system of the federal government.  After failing to get enough votes in Congress for legislation to make it harder to purchase guns last year, the President announced he would use the power of executive orders to do what he could on his own to create progress on gun control.  While these actions are encouraging, this month shows that children and young adults are still able to get their hands on guns and endanger the lives of their classmates.  Therefore, much that can be done to prevent gun violence in schools and universities depends upon the institutions themselves.

Sarah Helden
Sarah Helden is a graduate of The George Washington University and a student at the London School of Economics. She was formerly an intern at Law Street Media. Contact Sarah at staff@LawStreetmedia.com.
Share:
Related ItemsGun ControlGun ViolencePoliticsPurdue UniversitySchoolUnited States