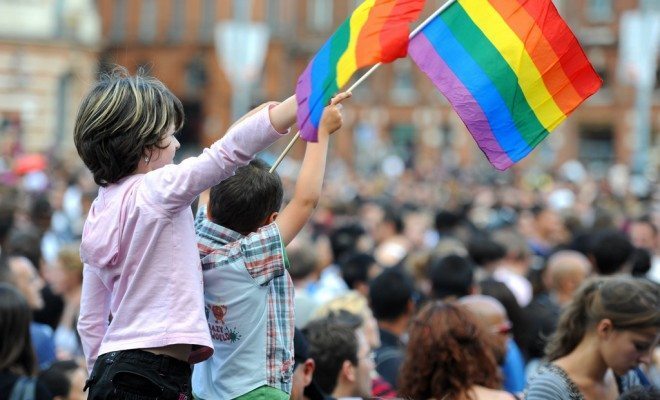 Last week, citizens in both Washington, DC and Salt Lake City, Utah, poured out to celebrate gay pride at annual parades in their respective cities. In DC the mood was good. Jake Hudson, a DC local and 27-time parade attendee, actually sat it out this year, claiming this was because he was more than happy with the District’s stance on gay rights. But in Salt Lake City, the exact opposite happened. This year’s participants faced resistance from an unexpected and shameful source — the police department. An unnamed police officer refused his assignment to protect parade supporters and ensure safety. Although the Salt Lake City Police Department condemned his choice, the officer still serves as a prime example of Utah’s history of anti-gay rights legislation.

Utah’s predominantly Mormon constituency tends to argue against same-sex marriage. Although some progressive groups in the community now openly support LGBT initiatives, the more conservative majority remains dominant. For this reason, gay rights legislation in Utah has had little success and far too many failures. Utah’s gay community has seen no substantial legislative victories, with the exception of a 17-day lift on Utah’s same-sex marriage ban last December. LGBT couples in Utah are even prohibited from adopting children.

On the other side of the country, DC’s LGBT community has won countless political gains. Gay and lesbian couples have had the right to marry since 2009, and they won the right to adopt, use IVF, and hire surrogates in March 2013. In addition to these major legislative wins, the community is protected from hate crimes and sexual orientation discrimination. DC is the poster-child for gay and lesbian rights in the U.S. “I hate to say it, but we have just about everything we could want,” said Hudson.

The mayoral race in DC pretty much proves the fact that choosing a candidate based solely on shallow prejudices is no longer acceptable. There is both an openly gay candidate, Independent David A. Catania, and a candidate with a history of strong support for LGBT causes, Democrat Muriel Bowser. Based on their platforms, it is clear that both candidates would be more than willing to pass pretty much any LGBT legislation that comes their way. For example, Bowser vowed to vote against Mayor Grey’s DC United soccer stadium proposal that would have displaced the DC LGBT Center. She also hired Bo Shuff, an openly gay campaign manager who has worked in the past for the LGBT rights groups Equality Ohio and the Human Rights Campaign. Therefore, DC’s LGBT community is focusing more on the more day-to-day policies of each candidate, rather than choosing the one candidate who might be in favor of extending gay rights. Nonetheless, all the advancements inside the District mean much more when you pair them with the lack thereof  in Utah. DC’s equality-driven environment is a prime example for the rest of the country  to emulate.

In a dichotomy such as this, where two sides of the country differ so drastically on such a prominent issue as gay rights, the only solution can be found in education and dialogue. There may still be a chance to encourage Utah’s youth to join the cause, while it may prove harder to change the minds of the state’s older constituents. Perhaps those who made the DC movement so successful could shift their efforts toward the country’s less progressive states.

Although it is undeniably frustrating to see two sides of a single country be so out of sync with each other, it is important to remember that social change across independent states never happens simultaneously. The horribly slow civil rights process in the South in the fifties and sixties is often blamed on tradition and prejudice. It’s fair to say the same thing is happening with gay rights in conservative areas of the country.

But there is hope in the region. Both Colorado, Utah’s neighbor, and Washington, are very progressive on many issues, ranging from the legalization of marijuana to voting for President Obama in 2012. Washington, Oregon, California, and New Mexico have already established legal gay marriage, sparking a dialogue in Utah’s western region. Like dominos, the spread of liberal causes is influenced by neighboring states. Hopefully the Utah domino is soon to follow.

Erika Bethmann
Erika Bethmann is a New Jersey native and a Washingtonian in the making. She is passionate about travel and international policy, and is expanding her knowledge of the world at George Washington University’s Elliot School of International Affairs. Contact Erika at staff@LawStreetMedia.com.
Share:
Related ItemsCopDistrict of ColumbiaGay RightsLGBTMuriel BowserPrideSalt Lake CityUtahWestboro Baptist ChurchWilson High School