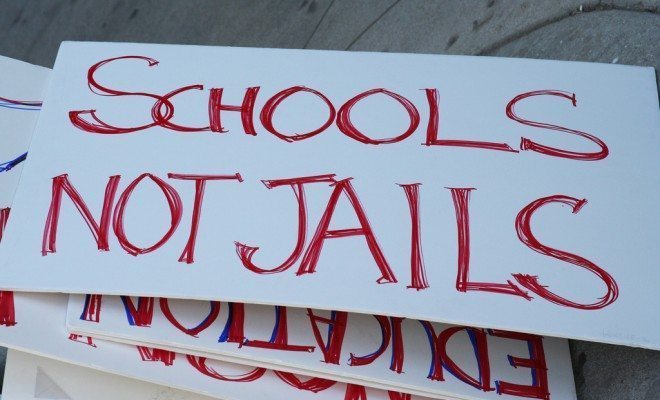 From Felon to Lawyer: The Inspiring Story of Desmond Meade

Army dismissal, felony conviction, homelessness, law degree? While certainly unconventional, that is the path that Desmond Meade took to obtain his law degree from Florida International University. After graduating high school in 1985, Meade pursued a career in the United States Army, which ended after he was caught stealing liquor while stationed in Hawaii. He returned to Miami, and was convicted of several drug charges as a result of living the fast-paced life of a celebrity bodyguard. In 1995, his mother passed away and shortly after, his family home was foreclosed. In 2001, Meade was sentenced and served 15 years in prison for possession of a firearm as a felon. After his early release, he found himself homeless on the streets of Miami. According to Mead in an interview The Miami Times, “when you’re homeless, there’s a harsh emotional aspect, no one really cared one way or another if you lived or if you died.” It was at this point that he realized that he needed to do something drastic to make positive changes in his life.

Now, at the age of 46, Meade stands proud and with a newfound purpose in life. He is using his personal experiences to drive him in his work. He said, “I realized all the pain and suffering I went through all my life became worthwhile when I used it to help someone else, I realized that was my purpose — to help those less fortunate.” Meade is now the director of Lifelines to Healing Campaign, a PICO United program that aims to address and end the root causes of violence in cities across the country. In addition, Meade is working with the program to end mass incarceration in Florida.

However, there is still one thing standing in his way: Florida state law prohibits convicted felons from practicing law. So while Meade spent the past three years taking classes to prepare him for practicing law in Florida, he is unable to do so. Rather than move to another state where convicted felons are free to practice law, Meade is prepared to stay and fight for change in his home state. He says, “I’m going to stay here. I’m going to fight. What I went through to get where I am today, I have no choice but to have faith.”

While there is certainly a strong argument for this rule, not every convicted felon has bad moral character. States like Florida should have processes that make it possible for convicted felons to redeem themselves in a way and be allowed to practice law so long as they can pass the bar and follow the guidelines like everybody else. For example, in the state of Washington, convicted felons that wish to take the bar exam must go before the state bar’s ethics and morality committee and argue why they are fit to practice law. While there is certainly a high standard when arguing before the committee, this process makes it possible for convicted felons to get a second chance. People do change, and like Meade, they grow and learn from the mistakes that they have made.  While it is too soon to say whether or not Meade’s actions will have any effect on Florida law, he has already been an inspiration to people everywhere. He has shown that no matter where you come from, you can accomplish your goals with hard work and perseverance.

Featured image courtesy of [ACLU of Southern California via Flickr]