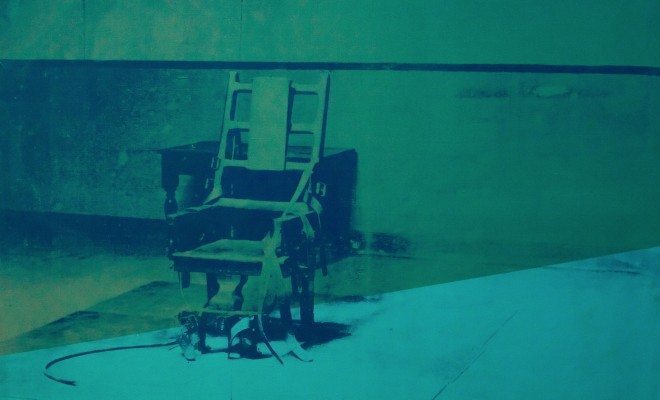 One of the biggest deterrents for people not to commit murder–besides of course, moral reasons—is knowing that they could potentially get the death penalty. However, a recent review of capital punishment figures by the Department of Justice (DOJ) shows that if you’re convicted of capital murder, the odds are in your favor that you will never be executed.

The DOJ’s Bureau of Justice Statistics (BJS) found that of the 8,466 prisoners who were sentenced to death between 1973 and 2013, only 1,359 (16 percent) of them were executed. So what’s happening to the other 84 percent of death row inmates? Well, for most, their sentences are being overturned on appeal and amended to lesser penalties.

Here’s a more detailed look into some of the findings:

But by far the most likely outcome of a U.S. death sentence is that it will eventually be reversed and the inmate will remain in prison with a different form of death sentence: life without the possibility of parole.

Opinions on capital punishment have long been a divider between people weighing its moral ramifications against the old “eye for an eye” argument. Many find themselves picking a side based on stereotypical party lines: Republicans tend to be in favor of the death penalty and Democrats trend against. However, party allegiance doesn’t seem to be a factor in who is overturning these cases. According to the Washington Post:

Both Republican and Democratic appointees have voted to overturn these convictions because they so often involve such issues as evidence withheld from the defense, improper instructions to the jury, or other serious flaws in the original trials.

As a whole, these findings are good news for anyone in trouble with the law, but slightly unnerving when examining how our justice system works. The BJS review could end up being fuel for death penalty opposers to show its ineffectiveness, as death row inmates are actually three times more likely to see their sentences overturned or lessened on appeal. Regardless, a debate over the death penalty, particularly as states like Utah weigh new methods of execution, certainly needs to take into account the infrequency with which it is actually implemented.

Alexis Evans
Alexis Evans is an Assistant Editor at Law Street and a Buckeye State native. She has a Bachelor’s Degree in Journalism and a minor in Business from Ohio University. Contact Alexis at aevans@LawStreetMedia.com.
Share:
Related ItemsBureau of Justice StatisticsCapital PunishmentDeath PenaltyDepartment of Justice