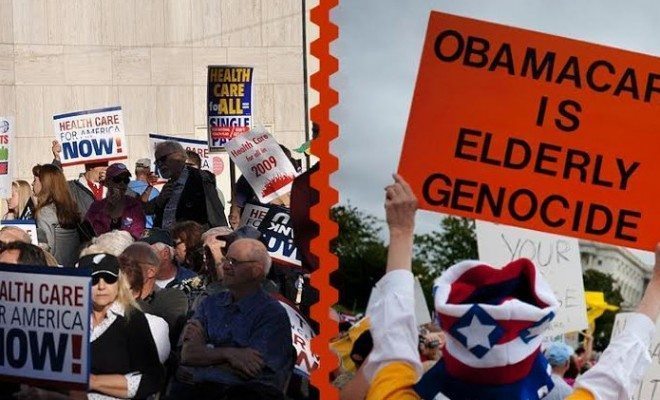 Conflicting Courts: Affordable Care Act Up in the Air Again

The Affordable Care Act (ACA) never has a boring day in court, and today is no exception. Rulings were just made in two related ACA cases, and they couldn’t be more different. First, in a case called Halbig v. Burwell, the D.C. Circuit Court of Appeals ruled that people who get their insurance from the federal government exchange are not eligible for tax subsidies. More specifically, the 2-1 decision in Halbig says that subsidies are only permissible for those customers who enroll in health care exchanges run by individual states or the District of Columbia. Meanwhile, the Fourth Circuit Court of Appeals heard King v. Burwell on the same topic, this time ruling against the plaintiffs to hold the law as it stands. According to the Richmond, Virginia based Fourth Circuit Court, the federal government subsidies can stay. These rulings directly contradict each other, meaning that once again, the ACA’s status is uncertain.

As many states have opted to rely on the federal government’s exchange rather than establish their own programs, millions of Americans would lose tax credits for their health coverage if the D.C. Circuit Court’s decision stands. The ACA would lose much of its effectiveness in the 36 states that rely at least partially on the federal exchange. Before the Halbig decision was made, the Urban Institute reported that such a ruling, “would broadly undermine implementation of the ACA in [those] states, with substantial coverage and financial implications for their residents.” The report goes on to predict what monetary losses would be in 2016 for lower-income Americans who would have otherwise relied on those federal subsidies. Of the 11.8 million people projected to enroll in the federal government exchange, 7.3 million would likely receive tax subsidies. If the Halbig decision holds, those lower-income health care customers would lose $36.1 billion in 2016 alone, according to the Urban Institute report.

In the Halbig case, the issue is the wording of the ACA. The law, as written, says that lower-income citizens are eligible for the subsidy if they receive insurance from “an Exchange established by the State under section 1311.” Because there is no mention of the federal government in the tax credit regulations, the D.C. Circuit Court’s interpretation limited subsidies to state exchange programs. Healthcare reporter Joe Carlson writes that such precise wording, “is widely seen as a drafting error.”

This discrepancy between the wording of the bill and the intention of the bill is what caused this debate. Jonathon Cohn of the The New Republic argues that at no point did lawmakers conceive that these tax credits should be limited to state exchanges. He wrote:

Not once in the 16 months I reported on the formal congressional debate did any of the law’s architects suggest they were thinking along these lines. It wouldn’t make sense in the context of the law, which depends upon those subsidies to accomplish its primary goal.

This was the same rationale behind the Fourth Circuit Court’s King decision. That ruling acknowledges the ACA’s linguistic ambiguity, and defers interpretation to the IRS, which did allow tax subsidies for people in the federal exchange. Further, the Fourth Circuit Court decision even included an analogy between Pizza Hut and Domino’s–comparing the similarities between the pizza chains to health coverage from a state and health care from the federal government. All argument aside, we all have to recognize that analogy is quite creative and apt–the two exchanges, like the pizza giants, are meant to provide the same service.

The conflicting arguments by the two appellate courts highlight the importance of the rift between semantics and intention. If the intention of a piece of legislation is so well understood that its literal wording is overlooked, are those who enforce that interpretation breaking the law? Or are they operating in accordance with the law? Furthermore, while the way that D.C. Circuit Court interpreted the law may seem overly strict, shouldn’t the legislature anticipate such questions and write laws exactly as they would like them to be enacted?

The cases are indicative of a philosophical disagreement between law as a means–the ACA was created to help insure those who can’t access health care–and the law as an end–the strict language of the ACA must be adhered to, regardless of why it was created. We aren’t just witnessing a dispute about tax credits; this may become a battle about the nature of law itself. The outcome has yet to be seen, but this proves that the battle over the ACA is far from over.

Jake Ephros
Jake Ephros is a native of Montclair, New Jersey where he volunteered for political campaigns from a young age. He studies Political Science, Economics, and Philosophy at American University and looks forward to a career built around political activism, through journalism, organizing, or the government. Contact Jake at staff@LawStreetMedia.com.
Share:
Related ItemsCircuit CourtDC CircuitHalbig v. BurwellHealth and Human ServicesHealthcareObamaObamacarePoliticsSupreme Court