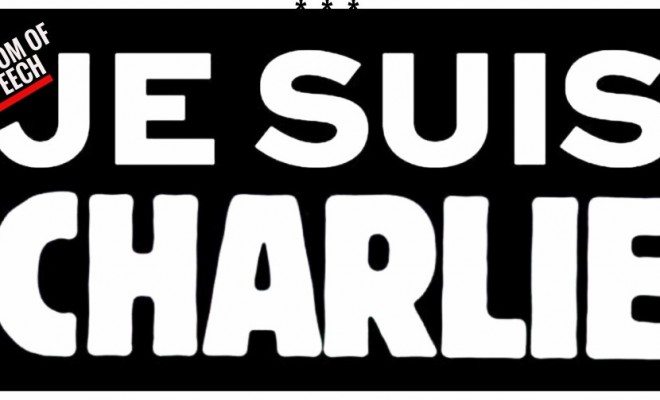 I Am Charlie, and So Are You: How Terrorism Affects Censorship

They say “Art is what you can get away with,” but how does one know when they’ve crossed the line? That was the essential question at the recent panel discussion “After Charlie: What’s next for art, satire, and censorship?” The event, co-hosted by the French Institute Alliance Française (FIAF) and PEN American Center and held at FIAF’s Florence Gould Hall in New York, was mediated by WNYC’s Leonard Lopate and featured four political cartoonists and journalists: Art Spiegelman, Molly Crabapple, Emmanuel “Manu” Letouzé, and Françoise Mouly.

I went in thinking that it was going to be a depressing evening as I listened to the panelists rehash the horrible events that happened in Paris last month, and more recently in Copenhagen, but they turned out to be a very insightful yet comical group of people. (They are cartoonists after all!)

The event was not meant to focus on the tragedy but rather on the future of art and journalism. The reason behind terrorist attacks like the one on Charlie Hebdo is to attempt to reshape what journalists write. Especially after these kinds of incidents, satirical journalists may feel pressure from two sources of censorship: censorship under the law and a form of self-censorship in which they may subconsciously feel inclined to censor their work to protect others’ feelings.

This doesn’t appear to be an issue for the particular panelists who spoke here. Spiegelman, who has drawn a number of covers for the New Yorker, even went so far as to say that political correctness is one of his pet peeves. The main inspiration behind the Taliban attack on Charlie Hebdo was the publication’s tendency to depict the Muslim prophet, Mohammed. “I would have no interest in drawing the prophet unless someone told me I couldn’t,” explained Spiegelman.

Crabapple, my personal favorite speaker of the night, claimed art is different from written journalism in that it “can be yanked out of context” and it only “irritates assholes.” At the same time, she said that “context is over for media,” due to the fact that most of it is now consumed online via social media. However, that certainly does not stop her from stirring controversy–it even makes it better for her. One of the most controversial comics she ever made–she said she even got death threats as a result of it–was one that she drew of Guantanamo Bay. She wasn’t allowed to draw the faces of anyone who works there, so she substituted the guards’ faces with smiley faces. On one side of the fence some of them are drinking and fooling around, while on the other side some are force-feeding a prisoner. The prisoner, however, is depicted with a normal face, as opposed a smiley face. Above she writes, “It Don’t Gitmo Better Than This.” She described Guantanamo Bay as “one of the most censored places in the world” and finds it amusing that people were so upset that she “was misrepresenting the wonderful place that is Guantanamo Bay.”

There’s a distinct difference, however, between the way that French and American cultures react to controversial comics like these. Editor and art director of the the New Yorker, Mouly, could attest to that explaining that in U.S. there’s a sort of “fear of the cartoonist,” while cartoons in France are a more ubiquitous form of journalism. Also the U.S. has a different “tradition of the free press” in that secularism is so ingrained into our politics. For example, the French are unable to understand why it’s so important what religion a politician is or whether or not he’s had an affair. Mouly’s husband Spiegelman agreed, claiming that “Steven Colbert and John Stewart are the closest thing the U.S. has to cartoonists.”

French-born Manu attested to experiencing such a cultural divide himself, claiming that American publications have been “surprised that I would use a cartoon for such a serious [news] publication.” Manu probably had the most first-hand experience with this as not only had he met some of the cartoonists at Charlie, but also grew up dreaming of drawing for the publication. In fact, after the attacks he made a tribute cartoon that read “They killed my idols.”

My favorite part of the night was the panel’s analysis of various New Yorker covers from over the years, many of which were drawn by Spiegelman. The New Yorker’s covers are the most analogous to the work in Charlie Hebdo of all American cartoons. And now with the internet, their impact on history has become even more apparent. Remember the cover with Sesame Street’s Bert and Ernie from June 2013 when gay marriage was passed in New York? What about the satirical covers of President Obama during his 2008 campaign run? While not nearly as subversive, New Yorker covers are an ingrained part of American history just as Charlie‘s are for French culture.

One Charlie cover however, reminded me of a recent cover of Paper magazine featuring a certain pop culture celebrity. The 1978 cover features “the ass of a Jewish woman,” as the headline roughly translates. And even though it’s only a drawing, Charlie seems to take it a step further than Kim K by including pubic hair at the crotch.

As Spiegelman perfectly summed it up: “Cartoons are really primitive language.” In a lot ways you can get away with being more controversial with a drawing than with words or even photographs. While words can be taken out of context too, art definitely leaves more to the reader’s imagination. So in a way, “Je suis Charlie” makes sense as we as viewers contribute just as much to the publication as its creators.