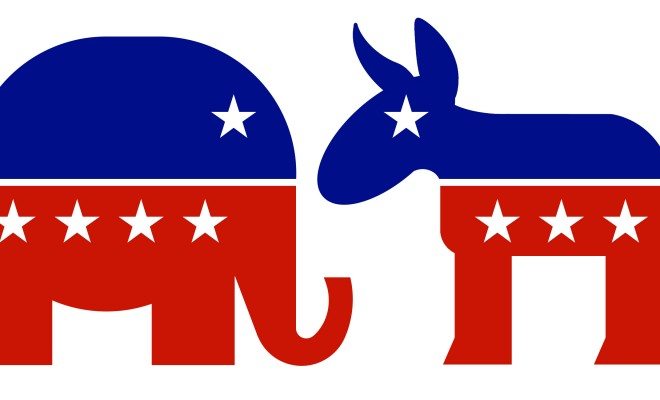 When Randy Frails clicked “donate,” he thought his $1,000 was going to the campaign of Georgia Congressman and Democrat John Barrow. Instead, his donation ended up in the pocket of the National Republican Congressional Committee.

In an effort to increase their online presence for upcoming elections, the NRCC has been building fake campaign websites – sites that appear to belong to Democratic candidates, but actually spread a pro-Republican message. The phony John Barrow site that fooled Frails is one of at least 15 fake Democrat campaign sites created by the NRCC.

While many are calling this tactic deception, NRCC Press Secretary Daniel Scarpinato thinks it’s brilliant. “The idea is people who are looking for information on the candidate, one of the places we all go now is online and so this is a way for folks to find out more about the candidates and information they may not find on the candidate’s own site,” Scarpinato said in an interview with CNN. “…We are very proud of this program,” he continued.

At first glance, it’s clear that faux-campaign sites for Democratic candidates like John Barrow, John Lewis, and Ann Kirkpatrick were designed to trick viewers into thinking they are visiting official campaign sites. According to TIME, “the tactic smacks of ‘spoofing’ scams, whereby spammers masquerade under fake phone numbers or email addresses to win trust.” If you stop to read the actual text on the sites, however, you’ll find lines like “John Lewis is bad for Montana” and “Kirkpatrick is a huge embarrassment to Arizona.” The problem is that most people, thinking they’re on a legitimate campaign site, do not take the time to read the “fine print” and skip right to donating. Like Frails, a doctor in Florida fell victim to a spoof site for Democrat Alex Sink and mistakenly donated.

While these fake campaign sites are certainly causing both confusion and controversy, this isn’t the first time websites and URLs have been used deceptively. Democrats in Florida created the website jollyforcongress.com, which by its URL leads viewers to believe it’s a site for Republican David Jolly. With the Democrat’s site however, a key difference is that there is no option to donate and the site itself looks much more like a negative ad rather than a legitimate campaign site. With the way the NRCC’s sites are set up, the most pressing question is whether or not they have gone too far.

According to regulations set forth by the Federal Election Commission, sites like these are allowed if they “clearly indicate opposition to the named candidate.” Paul S. Ryan, a campaign law expert at the Campaign Legal Center, believes the nature of the NRCC websites crosses the legal line. “In my view it is not the case that these websites clearly and unambiguously show opposition,” Ryan told TIME. “On the contrary the URLs of these websites would lead a reasonable viewer to think the websites are supporting the candidate,” he said.

In an interview with TPM, election law attorney Joseph Birkenstock said although he has seen this type of tactic before, the deception of the NRCC’s sites is on another level. “This is different. This is the first time I’ve seen one where they use a banner where by its own terms is actually express advocacy on behalf of that candidate. One word at the end of the line contradicts the banner and contradicts the URL,” Birkenstock said.

Despite these claims, Scarpinato and the NRCC continue to back their political tactic.

“I think that sites are clear in terms of the disclosure and the content where were coming from,” Scarpinato told CNN. “And I also think it’s important for voters to get all the perspectives on the candidates. So just as a candidate is going to put information out about themselves, we’re going to put out information about the candidate that they are not putting out that we think is important for voters to know,” he said.

All things considered, it’s not yet clear whether the NRCC has violated any laws. Experts say the FEC will consider the case, but not to expect a ruling anytime soon. The FEC is infamously slow in their investigation and it’s doubtful they will reach a decision before midterm elections.

Even if the phony campaign sites are deemed legal by the FEC, Birkenstock and other campaign law experts are worried they could have further negative consequences – namely deterring voter donations in the future. “It sows confusion. Now other people are reading these articles when they go to their actual website, it’s not inconceivable to me that somebody says when they go to that actual website they say ‘well, man I don’t know now,’” Birkenstock told TPM. “This looks like it’s the right page but so did the other one. How sure can I be that when I click donate that she’s actually going to get the money that I want to give her?” he added.

Overall, fake campaign websites are a questionable move by the Republican Party, whose reputation has suffered in recent years. Even for those who sympathize with the GOP, it’s difficult to call this most recent political tactic anything but deceptive. With midterm elections around the corner, it will be interesting to see whether or not the strategy was effective.

Whether you call it deception or ingenuity, tactics like these certainly shed light on a disturbing trend within American politics. In the words of Kathy Kiely of the Sunlight Foundation, “it’s just another example of how un-transparent and shady the system of funding political campaigns has become.”