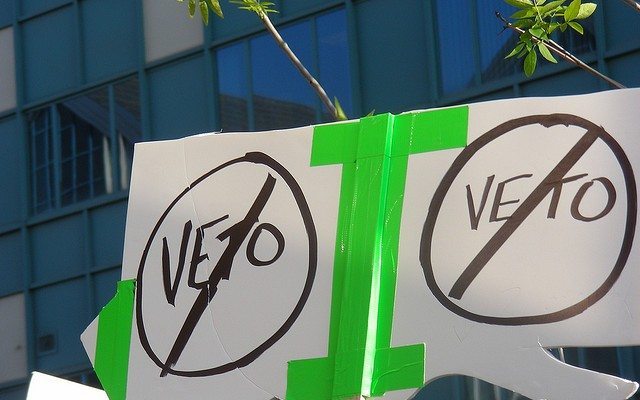 Brewer’s Choice: Why the Veto Was the Only Option

A new bill placed on Arizona Governor Jan Brewer’s desk had me looking at the calendar to make sure we’re still living in 2014. On Monday, February 24, 2014 the Arizona State Legislature passed a bill that would allow companies to deny services to gays and others on ‘religious grounds’. Other Arizonians, despite their conservatism, spoke out against the measure, and various groups lobbied the governor to veto the bill. Both of Arizona’s Republican senators, John McCain and Jeff Flake, tweeted that they hoped Brewer would veto the measure. Thankfully, the veto came on Wednesday, February 26.

It seems unusual for an executive to veto legislation coming from a legislature dominated by their  own party. Arizona’s government is dominated by the GOP, both in the state legislature as well in the governor’s office. However, this was no ordinary bill: in fact, even some of the original supporters and drafters were having second thoughts about the potential consequences of the radical legislation. They noted that the bill’s final product was not what they originally intended and believed that its passage would cause the state “immeasurable harm.”

Here are three reasons why it is important that Brewer vetoed the bill:

If the law passed, Arizona could have lost out on bringing new business and capital to the state. Representatives from Apple and American Airlines, two major companies that planned to build new operations in Arizona, wrote to Brewer to express deep concern about the bill’s effects and stated that they would relocate their new facilities elsewhere. And there was potential for many more companies to react the same way.

Governor Brewer’s state had already experienced economic backlash due to the implementation of another controversial policy. After the state passed its notorious immigration law in 2010, Arizona’s economy lost about $140 million in business and tourism revenue. Moreover, the state is slated to host next year’s Superbowl, but the NFL has already publicly criticized the bill and could potentially threaten relocation of the game. Again, this wouldn’t be the first time — Arizona lost its ability to host the 1993 Superbowl because it failed to recognize Martin Luther King, Jr. day as a national holiday. Both of these experiences showed Brewer the economic danger of passing controversial legislation.

Supporters of the bill, SB-1062, argued that it was intended to better protect religious freedom. Doug Napier, an attorney representing the Alliance Defending Freedom, commented after the veto: “Today’s veto enables the foes of faith to more easily suppress the freedom of the people of Arizona.” However, the grounds on which the legislation’s supporters argued that the bill enhanced personal religious freedom are not supported. If enacted into law, the bill would have changed Arizona’s religious exercise clause to allow citizens and businesses to refuse services to a specific group of people.

3. And of course, the bill was highly discriminatory toward gay Americans.

If signed into law, SB-1062 would have allowed gay Americans and others to be denied services just because of who they are. These people would have been discriminated against because of their personal identities — something that cannot be changed. It is no different than denying someone services because of his or her race or ethnicity. In fact, the bill would have violated the Fourteenth Amendment, which declares that states cannot limit the rights and privileges of American citizens. The bill would have limited the rights and privileges of gay Americans, and thus would have inflicted discrimination on a group of citizens in Arizona.

Because Brewer vetoed the bill, citizens in Arizona will not be forced to comply with the discriminatory law. However, the fact that the legislature passed it in the first place is deeply troubling.

Sarah Helden
Sarah Helden is a graduate of The George Washington University and a student at the London School of Economics. She was formerly an intern at Law Street Media. Contact Sarah at staff@LawStreetmedia.com.
Share:
Related ItemsArizonaConservatismGay RightsGOPJan BrewerPoliticsReligious FreedomUnited StatesVeto