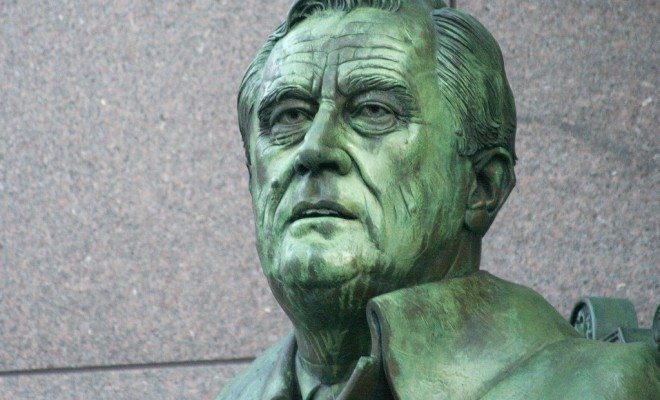 Again, with Term Limits: Debunking 3 Myths in the Media

I can’t count how many times I’ve heard people complaining about ‘career politicians’. Many people feel that term limits can help fight against this trend by allowing new people to run for office. However, recently there has been talk of getting rid of term limits.

Governor LePage of Maine has brought the issue of term limits into the spotlight again. In a speech made on March 20, 2014, LePage stated that he wants to do away with the term limits imposed on Maine’s state legislators. He explained that they create an influx of “young people with firm agendas” and make legislators feel rushed. The Governor called for an overhaul of the legislation from 1993 that prohibited legislators from serving in office for more than four two-year terms. While LePage made these comments perhaps without any solid argument, the issue remains important. Term limits have come up in many political debates, and 15 states currently have some kind of term limit laws on the books.

So what are some real arguments for and against term limits, and are they valid?

It has been argued that creating term limits for legislators only allows lobbyists to gain more influence over those in office. Because term limits can cause a loss of experienced legislators who have lived out their terms in office, there will be a greater number of newer and younger members of state assemblies and senates. Having less political experience, newer members of state legislatures could turn to lobbyists for expertise on certain issues, giving non-elected individuals power over the actions of legislators.

This argument does have some support; research by the National Conference of State Legislatures found that in their 2006 study, imposing term limits on state lawmakers did increase the influence of lobbyists and other non-elected individuals.

Some believe that term limits are able to increase diversity among membership in state legislatures. It is known that incumbents have an extremely high likelihood of reelection, and this can preclude legislatures from increasing the number of women and minorities in public office. Instituting term limits, it is believed, can mitigate this problem by opening up more seats for candidates of different genders, ethnicities and backgrounds.

Another myth is without them, there will inevitably be more inefficiencies in government like increased spending. The argument is that with term limits, the greater amount of newer legislators will have less tenure and therefore vote to reduce spending. This view was made popular in the 1990s when there was growing support for term limits.

However, empirical evidence suggests there isn’t a real correlation between term limits and government spending. A study that compared the fiscal policies of the states showed that there were little differences in spending between the fourteen states with term limits and the rest of the states without term limits. The same study also found that states that repealed term limits did not significantly increase spending. Therefore, while theories suggest term limits may allow for a decrease in government spending, this hypothesis has not been proven true in practice.

So if arguments for and against term limits haven’t been validated, what’s the point?

If it has not been proven that the existence of term limits make a serious impact on the workings of state legislatures, should we continue to waste time worrying about whether or not to have term limits? I would argue that we shouldn’t.

In a day and age when so many districts are gerrymandered along party lines, does it really matter whether there is a new or old face representing a primarily Republican or Democrat district? And whether or not term limits are enacted into law or done away with, there hasn’t been any evidence suggesting that the amount of time a person can serve in a legislature truly makes an impact on how legislatures function. It’s understandable that people desire their representatives to be more accountable to citizens, but the implementation or deletion of term limits probably won’t fix that problem. Let’s stop worrying about term limits and focus greater attention on methods to increase the accountability of whomever sits in public office, whether they can continue to run for that office or not.

Sarah Helden
Sarah Helden is a graduate of The George Washington University and a student at the London School of Economics. She was formerly an intern at Law Street Media. Contact Sarah at staff@LawStreetmedia.com.
Share:
Related ItemsGovernmentGovernor LepaigeLegislatureMaineTerm Limits