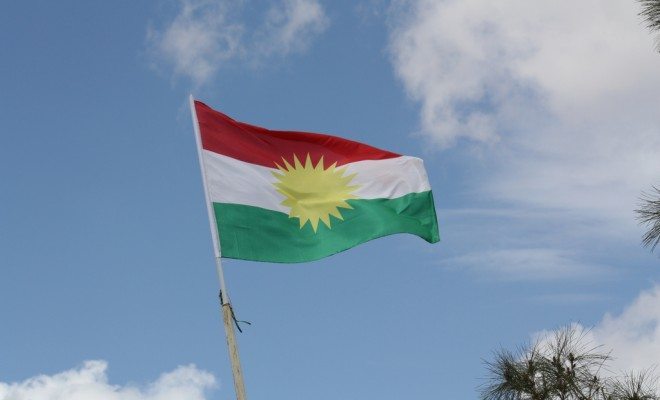 Who are the Kurds?

Most people know that the Kurds have been one of the most effective groups when it comes to fighting ISIS. But beyond that, little is known to some in the United States about who the Kurds are and what the history of the ethnic group is. With the United States and the many countries involved in the fight against ISIS relying on the group, it is important to take a closer look at who they are and what the majority want.

Who exactly are the Kurds and how did they become the largest ethnic group without a homeland? Read on to find out who the Kurds are, what their role in the Middle East is, and most importantly, what they are looking for.

History of the Kurds

The history of the Kurds is, in many ways, as convoluted as their present–with no exact date or time for when they first appeared on the world stage as an ethnic group. Some speculate they were part of an ancient group that ruled large chunks of the Middle East more than 2,500 years ago. The first widely acknowledged mention of the Kurds as a people came in the seventh century when they converted to Islam. The Kurds often “fought for other groups that succeeded as regional powers, receiving a reputation for being fierce fighters.”

Along with their fighting prowess, the Kurds were also known for their nomadic lifestyle. According to the Kurdistan Tribune, following the dissolution of the Ottoman Empire, the Kurds–like many other groups in the region–were guaranteed a homeland by the Treaty of Sevres in 1920. But like many other groups, they were lied to. After Kemal Ataturk rose to power and Turkey’s borders were formalized in the 1923 Treaty of Lausanne, the Kurds were not given a country of their own. They were then left in the historically unenviable position of being an unpopular minority in an unwelcoming region. This led to a revolt by Kurdish groups and a subsequent violent crackdown by Turkish forces in the 1920s and 30s.

The Kurds and Turks have had an especially hostile relationship following these failed revolts. For years, the Turks tried to suppress the Kurds’ cultural identity by forbidding them to wear traditional clothes or teach their own language in schools. Not surprisingly then, a Kurdish leader named Abdullah Ocalan rose up and created an organization, the Kurdish Workers’ Party or PKK, to fight the Turks and gain a Kurdish homeland in 1978. Despite years of fighting and guerrilla warfare against Turkey, Ocalan ultimately failed and was eventually captured by Turkish forces in 1999. Turkey considers the PKK a terrorist organization and its campaign to fight the group in the southeast region of the country has escalated recently.

Aside from Turkey, the Kurds also had issues in other surrounding countries where they have sizable minorities. After many years of allowing Ocalan to manage the PKK from within its borders, the Syrian government forced him from the country in 1998 after being pressured by Turkey. In Iran, the Kurds made two attempts, both with little success, to carve out an autonomous region.

Iraq rivaled Turkey in its harsh treatment of the Kurds. Throughout the 20th century, the Kurds in Northern Iraq launched several revolts, all of which ended in defeat. However, the worst situation for the Kurds came after Saddam Hussein took power. Angry over their support for Iran in the Iran-Iraq War, Hussein targeted the Kurds with chemical weapons. These attacks stopped after Iraq was defeated in the first Gulf War, however, he crushed another Kurdish revolt soon after.

The video below gives a look at Kurdish history:

Role in the Middle East

Today the Kurdish people live in an area at the intersecting borders of five countries; Armenia, Iran, Iraq, Syria, and Turkey. Despite not having a homeland, the Kurds are still an important group made up of as many as 30 million people–the fourth largest ethnic group in the Middle East. So what role does such a large group, spread over a number of countries, play in the region?

Currently, Kurds make up 15 to 20 percent of the population of Turkey. Turkey and the Kurds have a long and bloody history of animosity. Much of this recent struggle has centered on fighting between the PKK and Turkey. Since the PKK took up arms in 1984, approximately 40,000 people have been killed. However, when the PKK toned down its demands and exchanged autonomy for independence in 2012, a ceasefire was finally reached. Nevertheless, all that work was undone in 2015 following a suicide bombing against the Kurds in Suruc. In response, Kurdish forces lashed out against Turkish authorities reigniting the old feud.

Still, the PKK is not representative of all Kurds and, in fact, many are actually entrenched in the Turkish economy. This group, in fact, is a strong pillar of support for the ruling Turkish Justice and Development Part (AKP).  There is also a third group that splits the middle between the supporters of the Turkish AKP and the militant PKK, the People’s Democratic Party or HDP.

The Kurds make up as large of a portion of the Iraqi population as they do in Turkey–between 15 and 20 percent. As in Turkey, the Kurds in Iraq have faced years of crackdowns and repression following unsuccessful rebellion attempts. However, they achieved some limited autonomy following the First Gulf War and even greater autonomy after the second in 2003. Since the formation of the new Iraqi government, the Kurds have been constant participants in Iraqi politics. Amid the rise of ISIS and the resulting conflict, Kurdish leaders have gone beyond autonomy and called for a referendum on independence.The Kurds and the Iraqi government eventually reconciled several of their differences and started working together closely in the fight against ISIS.

Kurds in Iraq have made the most significant progress toward autonomy relative to Kurds in other countries. The 2005 Iraqi Constitution actually guarantees the Kurds an autonomous area, in which they have established their own government that operates within Iraq’s federal rule. The Kurds have taken advantage of this arrangement with its involvement in the Iraqi oil industry. The Kurds operate a pipeline between Iraq and Turkey, for which they have a revenue sharing agreement with Iraq. A recent dispute over the revenue sharing agreement disrupted oil transfers pending a new agreement.

The Kurds make up a sizable portion of the population in Syria as well, accounting for between 7 and 10 percent before the Syrian Civil War erupted. This population was concentrated in urban centers and in the north of the country. Like in Turkey and Iraq, Kurds in Syria were also marginalized through repression from the government, which also denies citizenship to over 300,000 Kurds living there. Once the war in Syria began, however, Kurds began asserting their rights and now plan to carve out autonomous regions for themselves. They have also sought to be actively involved in the peace talks determining Syria’s fate.

The Kurds’ battle against ISIS has been particularly challenging in Syria. Several Kurdish positions were overrun by ISIS, partly because Turkey refused to let Turkish Kurds cross the border to intercede. But in October, Turkey eventually allowed some fighters to help Syrian Kurds push back ISIS with the support of U.S. airstrikes. However, the Kurds continue to encounter challenges in terms of their relations with Turkey, notably after their recent attempt to establish an autonomous zone in Syria. While they were quick to clarify they are not seeking independence to appease Turkey, this may have fallen on deaf ears. The Turks have worked to exclude the Kurds from Syria’s peace talks, meaning the appeasement may not be enough.

Kurds make up about 10 percent of Iran’s population, however in total numbers, they rank only second to those living in Turkey. Nevertheless, unlike in other countries Iranian Kurds enjoy no autonomous regions and like in other neighboring countries they are violently repressed. There is also a much smaller Kurdish community living in Armenia; unlike in other places this group does not govern nor aspire to an autonomous region. The accompanying video looks at the Kurds role in the Middle East:

What the Kurds Want

As the world’s largest “stateless nation,” a priority for the majority of Kurds has long been a country of their own. This has been evident since the start of the Kurdish nationalist movement beginning after WWI, following the dissolution of the Ottoman Empire. It is also evident today in Kurdish efforts to achieve autonomous areas where it has large populations, which it has in three countries: Iraq, Syria and Turkey. The real question, then, is not what the Kurds want, but how they hope to achieve it.

But it’s important to note that the Kurds are by no means a monolithic group. While they share the same ethnicity, they are a very diverse group. In Turkey, where the largest Kurd population resides, there are three major Kurdish political groups ranging politically from loyal to the state to hostile to it. There are also major divisions in Iraq with one party controlling two of the Kurdish provinces and a different party controlling the other. The leaders of the dominant party have close relationships with Turkey and have even worked with the Turks in fighting the Turkish PKK. The Kurds in Iraq also fought a civil war during the 1990s which lasted three years.

The Kurds are also divided at even smaller levels with sizable differences between those in cities and those still adhering to their nomadic roots. Even in a country as small as Armenia, there are divisions between traditional Kurdish Sunni Muslims and Kurdish Christians. While many Kurds seek a homeland, for now, the best they may be able to get are autonomous regions like the ones in Syria and Iraq. The following video looks at some of the different Kurdish parties at play across the Middle East:

It is easy to characterize the Kurds as just one more ethnic group with deep historical roots wandering the Middle East searching for a homeland, but that characterization is overly simplistic. The Kurds are not a monolithic group, but a diverse set of actors spread mostly across five countries that are bound by a common heritage. Yes, many do want a homeland, but due to the diversity within the group, how they achieve it, or even if they can, varies widely.

In the seemingly never-ending conflicts in the Middle East, the Kurds are a recurring actor. Much of what is known or understood about them comes from other generalizations–they are Sunni Muslims, they are searching for a country, etc. This is all true but the reality is more complicated. The Kurds’ situation is emblematic of many other realities in the Middle East, an intricate web of interconnected groups with, at times, converging and differing interests. While the Syrian conflict has actually given them the opportunity to further assert their claims, nothing in the fluid region is certain. Thus, only time will tell if those dreams can amount to more than that.

New Historian: History of the Kurds

BBC News: Who are the Kurds?

The Atlantic: What Exactly Are ‘the Kurds’?

The New York Times: The Kurds Push for Self-Rule in Syria

Council on Foreign Relations: The Time of the Kurds

Editor’s Note: This article has been updated to reflect sources of information.

Michael Sliwinski
Michael Sliwinski (@MoneyMike4289) is a 2011 graduate of Ohio University in Athens with a Bachelor’s in History, as well as a 2014 graduate of the University of Georgia with a Master’s in International Policy. In his free time he enjoys writing, reading, and outdoor activites, particularly basketball. Contact Michael at staff@LawStreetMedia.com.
Share:
Related ItemsIranIraqISISMiddle EastSyrian Civil WarTurkey