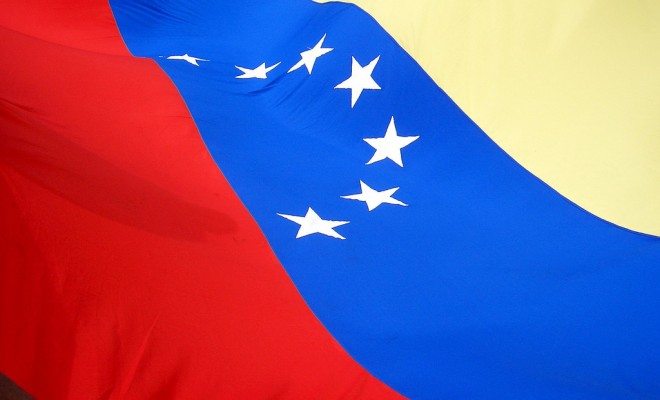 U.S.-Venezuelan Relations: Can the Doors Be Reopened?

The Obama Administration issued an Executive Order in March banning seven Venezuelan government officials from conducting business with American citizens or travel within the country. The order also permits the seizure of any assets in the United States held by the officials. According to the White House, the sanctions were imposed as a measure against the ongoing human rights violations and corruption within the Venezuelan government; however, the sanctions received a significant amount of negative feedback. The waters had seemed relatively calm between the two nations but spiraled quickly this year. To understand the historically strained diplomatic relations between the U.S. and Venezuela, it is important to grasp the relationship under Hugo Chávez, Socialist party member and President of Venezuela between February 2009 and March 2013. What exactly motivated these sanctions? And what’s happening four months later?

The United States and Venezuela officially established diplomatic relation in 1835, five years after Venezuela withdrew from its federation with Colombia. The relationship was strong based on economic ties and anti-narcotic initiatives. The U.S. has a history of relying on Venezuela as a major oil supplier. The late Hugo Chávez’s rise to power in 1999 began the current era of strained and aggressive relations. Chávez was famous for anti-American rhetoric, propelling a powerful “us” against “them” mentality within the country.

The charismatic Chávez won his first election with a 56 percent majority and a platform of ending corruption and eliminating poverty. Chávez ran full force with Plan Bolivar 2000, a social anti-poverty program that included road and housing projects and mass vaccination. The newly established constitution, approved by popular referendum, abolished the senate, authorized a unicameral National Assembly, and lengthened the presidential term from five to six years.

His wide popularity lasted until 2001. Opponents criticized his extreme Left agenda and the continued poor living conditions in the country. A short-lived coup ousted him from office for three days, until the pro-Chávez Presidential Guard reinstated him. Chávez accused the U.S. of involvement. Although the United States publically condemned the coup, U.S. National Security Advisor Condoleezza Rice commented, “We do hope that Chávez recognizes that the whole world is watching and that he takes advantage of this opportunity to right his own ship, which has been moving, frankly, in the wrong direction for quite a long time.”

Although social programs continued, mounting dissatisfaction under the Chávez government ultimately led to a recall vote. Seventy percent of the population turned out to vote and the recall ended in a 59 percent victory for Chávez. Although the vote was verified as fair by the Carter Center, many called foul play. In 2005, Chávez ended Venezuela’s 35-year military ties with the United States, and tensions only increased after Venezuela’s public relationship with Cuba’s Fidel Castro and Russia. In 2006, Russia and Venezuela signed a $2.9 billion arms deal. In 2005, Chávez also strengthened his ties with China and Iran. Although Venezuela continued to provide oil to low-income families in the U.S., Chávez publically called President Bush the “devil.”

Chávez only continued to radicalize. In 2007, he announced “the nationalization of the telecom and electricity industries as well as the Central Bank, and cancel[ed] the broadcast license of private media company RCTV.” He also advocated for an act that would allow him to rule by decree for 18 months. In December 2007, he pushed for constitutional amendments that would entirely eliminate presidential terms, suspend media rights, and hold citizens without declaring charges during a state of emergency. In the same year, he withdrew from the IMF and World Bank.

In 2008, relations hit a boiling point when Chávez expelled the U.S. Ambassador to Venezuela Patrick Duddy and recalled the Venezuelan ambassador in Washington. Chávez accused the U.S. of authorizing a coup against him and announced, “When there’s a new government in the United States, we’ll send an ambassador. A government that respects Latin America.”

In 2011, rumors of the severity of Chávez’s health condition began to circulate as he had a tumor removed in Cuba. A year later, he won his fourth election defeating Henrique Capriles Radonski, who represents the Coalition for Democratic Unity. October 11, 2012, he hand picked Foreign Minister Nicolas Maduro as his vice president. In March 2015, Maduro announced Chávez had died from cancer.

Maduro, a less charismatic version of Chávez, beat his opponent by a 1.5 percent margin in the next election. Capriles demanded a recount and protests filled the capital. Nine people died in the riots and Maduro, faced with a crumbling economy and exasperated by falling oil prices and increased crime and protests, turned to violent government suppression.

Still on a rocky platform, the U.S. and Venezuela started 2014 with an optimistic outlook, both countries issuing statements regarding a resumed positive relationship. That quickly turned sour after student-led protests in February turned violent with military involvement. By the end, 43 people were dead and 800 injured. A major figurehead of the opposition, Leopoldo Lόpez, and two opposition mayors were arrested. The Union of South America Nations intervened to initiate diplomatic conversations between the government and opposition that ultimately failed. In 2015, another opposition figurehead, Caracas mayor Antonio Ledezma, was arrested. The Obama Administration claims that the constant violation of human rights, the failure to combat narco-trafficking, and specifically the February protests directly led to the 2015 sanctions placed on Venezuela.

On March 9, 2015, President Obama issued an executive order calling Venezuela an “extraordinary threat” and targeting seven Venezuelan officials. The sanctions are authorized under the Venezuela Defense of Human Rights and Civil Society Act of 2014 and three other congressional resolutions.

A press release from the White House states the act is,

aimed at persons involved in or responsible for the erosion of human rights guarantees, persecution of political opponents, curtailment of press freedoms, use of violence and human rights violations and abuses in response to antigovernment protests, and arbitrary arrest and detention of antigovernment protestors, as well as the significant public corruption by senior government officials in Venezuela. The E.O. does not target the people or the economy of Venezuela.

Before the additional sanctions, the U.S. had imposed financial sanctions on eight current of former officials accused of aiding the Revolutionary Armed Forces of Colombia in drug and weapons trafficking. Three sanctions were imposed on Venezuelan companies with ties to Iran and three individuals with ties to Hezbollah. As of today, more than 50 current or former Venezuelan government officials accused of human rights violations are under U.S. sanctions.

Although the sanctions were imposed to promote Democratic ideals and human rights, they have been met with a significant amount of negative feedback.

Sixteen members of Congress sent a letter imploring President Obama to rescind his executive order. They argued that the sanctions will be ineffective and the timing is poor with the U.S. now re-opening communication with Cuba. If the country is trying to improve diplomatic relations with Latin American, this is a poor second gesture. To open doors with Cuba and cut off Venezuela sends the wrong message to the wider community. Sanctions also harbor ill-will from the people who see it as a direct attack on the country, not just those seven individuals. The letter cites a poll that shows 75 percent of the Venezuelan population are against the sanctions. The members also argue that PROVEA, a Caracas-based human rights organization known for its criticism of Maduro, is also against the sanctions. They fear that the sanctions will strengthen the Maduro government on an anti-American platform, and instead of the Venezuelan people focusing on the corruption of its government, they will now focus on the imperialistic conduct of the U.S.

The Obama Administration has received a strong negative response from Latin America. The Union of South American Nations (UNASUR), consisting of 12 countries, has backed Venezuela against the sanctions. The foreign ministers have called the executive order a threat against Venezuelan sovereignty. Cuba has called the action “arbitrary and aggressive.”

The Argentine foreign ministry issued a statement saying “it’s absolutely unbelievable that any marginally informed person would think that Venezuela, or any other South American or Latin American country, could constitute a threat to the national security of the United States.” In a similar tone, former Uruguayan President José Mujica stated, “Whoever looks at the map and says that Venezuela could be a threat to the United States has to be out of his mind.”

Even if the sanctions are legitimate, some believe the particular wording too harsh. The sanctions have seemed to isolate the U.S. from the Latin American community, just as measures were being taken to open doors.

Maduro responded to the executive action calling it “the most aggressive, unjust and harmful step that has ever been taken by the U.S. against Venezuela.” He quickly named one of the sanctions officials his new interior minister and called all those sanctioned individuals heroes. Maduro also accused Obama of “personally taking on the task of defeating my government, intervening in Venezuela, in order to control it from the U.S.”

In Maduro’s most direct move on the topic, he published a letter in the New York Times calings the order “tyrannical and imperial” and stating that “it pushes us back into the darkest days of the relationship between the United States and Latin America and the Caribbean.” More than 5 million Venezuelans petitioned their names to the letter.

To counteract the alleged U.S. threat, the Venezuelan National Assembly approved Maduro’s request to obtain the power to legislate by decree for the duration of the year–a move that those in opposition of the sanctions feared. He also called for an immediate reduction of the U.S. embassy in Venezuela and imposed new visa requirements for Americans.

U.S.-Venezuela talks took place in Haiti on June 4 between Thomas Shannon, a counselor to the U.S. Secretary of State, and Diosdado Cabello, the chairman of Venezuela’s national assembly and Venezuelan Foreign Minister Rodriguez. Venezuelan officials tweeted that both sides were working to resolve the crisis. Interestingly enough, U.S. media sites have reported that Cabello is currently being investigated by the U.S. for drug trafficking and money laundering.

On July 1, Senator Bob Corker (R-Tenn.) arrived in Venezuela to meet with opposition leaders, though the discussions have been kept largely under wraps.

Although meetings are taking place between the two countries after the March blow up, no significant headway seems to have been made quite yet. Venezuelan and American citizens can only hope for the best and rely on our respective diplomatic representatives. Are the sanctions effective? Maybe not. The U.S. aims to fight human rights violations and those who aid or turn a blind eye to drug trafficking. But the tactic used leaves a lot to be desired. The U.S. is effectively isolating itself from the Venezuelan people and giving fire to Maduro’s anti-American campaign.

Global Research: Letter to the People of the United States

Jessica McLaughlin
Jessica McLaughlin is a graduate of the University of Maryland with a degree in English Literature and Spanish. She works in the publishing industry and recently moved back to the DC area after living in NYC. Contact Jessica at staff@LawStreetMedia.com.
Share:
Related ItemsForeign PolicyHuga ChavezLatin AmericaSanctionsSouth AmericaVenezuela