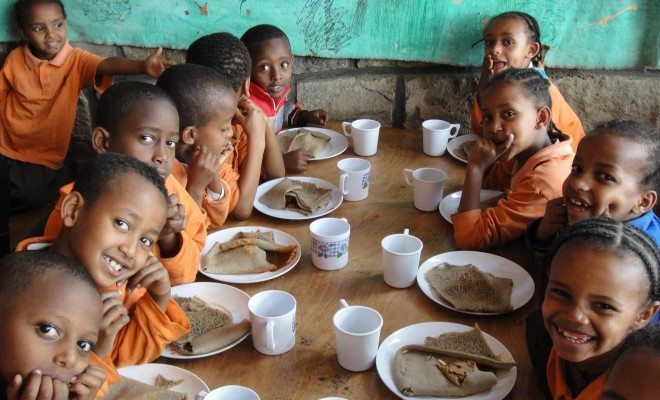 State of the World’s Orphans

According to UNICEF, 140 million children around the globe have lost one or both parents. These children are classified as “orphans.” While there are many reasons that children can become orphans, it is a global problem that affects a wide range of nations. Read on for a spotlight on some of the particular nations and regions that have the most orphans, and what is being done to help those children in need.

In 2015 in sub-Saharan Africa, it was estimated by UNICEF that about 11 percent of children under 18 were orphans. Many of those children became orphans as a result of the HIV/AIDS crisis in the region. According to Nancy E. Lindborg, assistant administrator for Democracy, Conflict, and Humanitarian Assistance at USAID, 15 million children in sub-Saharan Africa have lost their parents specifically to the disease in 2014. However, as frequent as it is that children are orphaned because their parents die of HIV/AIDS, there are also other factors that leave them in non-parental care. For instance, high poverty rates can lead to the abandonment of children, particularly in rural areas or if the parents are migrant workers and unable to take their children to different locations with ease. Other diseases, such as malaria, can also play a role. While sub-Saharan Africa is a huge region and not all the issues faced by one country would be faced by another, these are common threads that many sub-Saharan nations experience.

Ethiopia, located in the horn of Africa, has a population of more than 90 million people. According to UNICEF, over four million of that population is made up of orphaned children. Just under one million are children who have been orphaned as a result of HIV/AIDS.

Addressing those health concerns is paramount to stopping the rising orphan levels in Ethiopia. Health care should be provided to ill parents to prevent mother to child transmission and to ensure that they can care for their children as long as possible. Children should benefit from access to quality health care, especially if they are HIV positive themselves.

A focus on community and capacity building ensures that healthcare facilities will be functioning institutions now and in the future. Healthcare professionals need to be trained within the country, and healthcare centers need to be available in villages and local communities. Recently, there has been a focus on a cycle of health care that can sustain itself. As Worldwide Orphans, the first group to bring HIV/AIDS drugs to orphans in Ethiopia, explained about its process:

Doctors, nurses and other healthcare professionals needed to be trained and mentored by experts in the treatment and ongoing care of children with HIV/AIDS. And so, WWO recruited an extraordinary team of pediatric AIDS specialists from Columbia University to work side by side with in-country professionals, examine and test each child, decide upon treatment, and consult on follow-up care. Seminars were held, with all materials translated into the country’s language. As a result, more than 400 healthcare professionals have been trained and taken their learning back to villages, towns, and cities across their countries.

This kind of community building can also be applied to education and development activities.

Eastern Europe’s experience at the end of the twentieth century was characterized by war, turmoil, and poverty. Even Eastern European nations that had rather advanced and progressive social services practices–such as the former Yugoslavia–were devastated by the infighting after the breakup of the Soviet Union and forced to revert back to a reliance on orphanages. As those institutions were often underfunded, overcrowded, and lacking appropriate resources, they didn’t help children to grow and thrive. While many Eastern European countries are moving toward shutting down these institutions, there is still much work to be done to ensure that children in these nations receive adequate support.

Bulgaria’s orphan population is high, at an estimated 94,000 in 2009. While the vast majority of these children are “social orphans,” meaning their parents are alive but unable to care for them or have abandoned them, they still require the same support and resources as children who have lost one or both parents.

For a long time, Bulgaria’s many orphans were kept in orphanages, which by their nature often are only able to provide a few staff members to care for large groups of children. For young children, this can be particularly damaging, as they don’t get the attention and nurture that they need. Studies show that for every three months in institutionalized care, infants and toddlers lose about one month of developmental growth. As a result of these concerns about orphanages, Bulgaria announced in 2010 that it would be moving toward de-institutionalization. The country hopes to close all orphanages by 2025. The Bulgarian government is looking to implement a model similar to what we see in the United States, where the focus is on placing children in foster families, kinship care, or small group homes. Dr. Jane Aronson, founder of Worldwide Orphans, described this process in 2011:

They have already done the first level of developmental screening of the most complex children and now they will go deeper into the psycho-social and family issues of these children. Their goals are reuniting the children with their families, closing large institutions, group home assignments and foster care.

This strategic plan will then be used for the orphanages for healthy children.

Many orphans in Bulgaria, and other parts of Eastern Europe, are Roma. Traditionally the Roma, or Romani people, have been oppressed and discriminated against throughout Europe. Due to that cycle, many Roma children become “social orphans” and are left in institutions. Recent estimates indicate that approximately 60-80 percent of children in orphanages are from the Roma minority who represent only four percent of the Bulgarian population. In addition, a 2011 study by the Helsinki Committee found that up to 50 percent of Bulgaria’s orphans are of Roma descent. Empowering this community and providing educational resources to these vulnerable children will help break the cycle of poverty and abandonment.

Latin America and the Caribbean

The country facing a large-scale orphan crisis in the Caribbean and Latin America is Haiti, particularly in light of the devastating earthquake that happened in January 2010. Nevertheless, there are a significant number of orphans in the region. While UNICEF reports 340,000 orphans in Haiti alone, there are many others in the region who have their own unique obstacles to overcome. UNICEF in 2013 put the number in the region at just over 8.4 million.

Most estimates prior to the 2010 earthquake, including those from Worldwide Orphans, put the number of orphans in Haiti at over 400,000. While those numbers are now around 340,000, Haiti sees many of the issues similar to those in Ethiopia and Bulgaria, including intergenerational poverty and HIV/AIDS infection. UNICEF estimates the number of children orphaned in Haiti due specifically to HIV/AIDS at 100,000.

Due to the 2010 earthquake and the subsequent destruction of significant portions of the infrastructure, addressing the orphan issue effectively and efficiently in Haiti has been very challenging. Furthermore, even before the disaster, educational opportunities and jobs were hard to come by. Providing orphaned young people with skills and opportunity will help them to be resilient, by extension improve their communities, and hopefully break the intergenerational cycle of poverty. As Worldwide Orphans explains about its “Haitians Helping Haitians” program,

The youth training model has been replicated in a hospital in Port-au-Prince, where young adults are trained to work with babies and infants who have been abandoned at the hospital. This model provides them with much needed income, job skills and a chance to build self-esteem and positively contribute to their own community. Whether playing with infants and toddlers in the WWO Toy Library, or serving up arts and crafts, nature, performing arts, life skills, education, teambuilding activities at camp and in after-school programming, WWO’s youth corps of trainees are not only providing valuable enrichment to children suffering from chronic disease and the emotional scars of abandonment, they are building their own skills in child development which will serve them in future employment and in their own journeys into parenthood.

By providing children with resources to help themselves and their communities, Haiti will be better positioned to rebuild a nation that is still feeling the effects of such a devastating natural disaster.

Currently there are 140 million orphans worldwide. Most orphans are “social orphans” and likely have identifiable families–if there is the social infrastructure to find them. Unfortunately, in developing nations, there are so many orphans and very limited financial resources to reintegrate and reunite families.  Nations like Ethiopia, Bulgaria, and Haiti each demonstrate how issues of poverty, disease and conflict impact children in different cultures. However, it is important to remember that these problems are not necessarily unique. Virtually all across the world, children lose parents to disease (HIV, Malaria, etc) conflict and war, poverty, natural disasters and experience trauma that impacts their development. There’s no such thing as a one-size-fits-all approach to preventing orphaning. Instead, a combination of approaches, including early intervention, community capacity building, de-institutionalization, establishment of group homes and foster care, and other critical psychosocial support programming, like the work that Worldwide Orphans undertakes, needs to be implemented to ensure that every child grows up safe, independent, and healthy.

UNICEF: State of the World’s Children 2015

Food, Nutrition and Agriculture: Orphans and the Impact of HIV/AIDS in Sub-Saharan Africa

Medwire: Bulgaria Special Report: Children Continue to be Neglected Due to ‘False Reforms’

Children and Youth in History: UNICEF Data on Orphans by Region

Worldwide Orphans
Worldwide Orphans is dedicated to transforming the lives of orphaned children to help them become healthy, independent, productive members of their communities and the world, by addressing their physical and mental health, education, and ability to achieve. WWO was founded in 1997 by Dr. Jane Aronson, who has dedicated her life to working with children. Worldwide Orphans is a partner of Law Street Creative. The opinions expressed in this author’s articles do not necessarily reflect the views of Law Street.
Share:
Related ItemsAfricaAIDSBulgariaCaribbeanChildrenEastern EuropeEducationEthiopiaEuropeHaitiHealthHealth CareHIVLatin AmericaOrphansPovertyRomaSocial OrphanSponsored ContentSub-Saharan AfricaWorldwide OrphansWWO