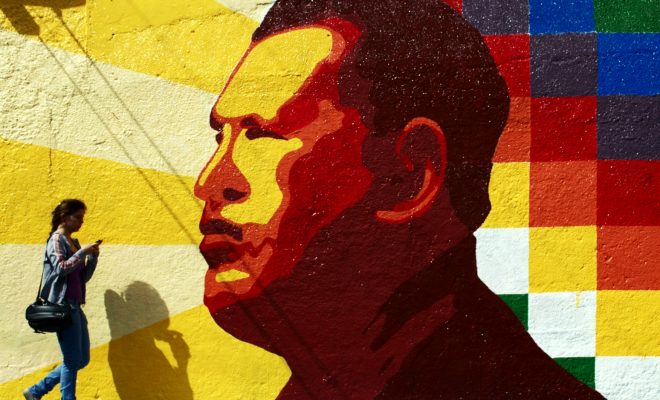 What’s Behind the Crisis in Venezuela?

For the last several years, Venezuela has been plagued by uncertainty following the death of its former enigmatic leader Hugo Chavez. This is a situation that has only been exacerbated by the steep drop in oil prices. Recently, the crisis in Venezuela reached such a low point that current President Nicolas Maduro accused the country’s bakers of waging an unannounced war on its people through price gouging. Although the bakers of Venezuela are clearly not the major issue plaguing the country, real problems certainly exist. Read on to find out how the country’s leadership and its economic decisions have brought a nation rich in natural resources into a political and economic crisis.

Venezuela’s first interaction with the western world began right at the end of the 15th century, around 1498, when Christopher Columbus first landed there. The actual colonization of what would become Venezuela began in 1521 by the Spanish. In 1810, the country declared its independence, and in 1829, it broke away from Gran Colombia to become its own independent nation. In 1945, the country threw out its military leader in a coup and elected its first democratic government. However, that government’s reign was short-lived, with the military taking back over after another coup in 1948.

Democratic government was restored in 1958 and the first peaceful transfer of power between leaders occurred in 1964. Venezuela then rode high oil prices throughout the 1970s and 80s until prices finally started to lag. This development forced then-President Carlos Perez to negotiate for relief with the International Monetary Fund–negotiations that ultimately led to riots in the streets. Following Perez’s eventual impeachment on corruption charges, Hugo Chavez was elected president in 1998.

Hugo Chavez eventually rose to the presidency following a failed coup attempt that he led in 1992. After he was captured, Chavez delivered a speech on national television that garnered him popularity among average, disaffected Venezuelans. This popularity was essential to Chavez’s eventual pardon and release from prison in 1994. It also positioned him as an anti-establishment force, which would rocket him to the presidency in 1998.

Upon his initial election, Chavez was extremely popular among Venezuelans. He used that public support to give himself extraordinary control over all three branches of government. However, many of those moves, along with his plans to imitate Cuba’s style of government and his decision to antagonize the United States, alienated Venezuela from the West. Those moves, coupled with efforts to gain more power, caused his approval ratings to sink from as high as 80 percent to a low of 30 percent.

Dissatisfaction reached the point where, in 2002, Chavez was briefly removed from office in another coup. However, he quickly returned to power and later gained greater control over the local oil industry following a large-scale strike. Using these new resources and buoyed again by high oil prices, he offered citizens lavish social programs to help ensure his reelection in 2006. In 2009, he passed constitutional reforms to remove term limits and ensure that he could continue leading the country. This move also enabled him to crack down on dissent. Chavez’s power consolidation took a secondary role in 2011, when he went to Cuba for cancer treatment. Chavez would ultimately die from cancer-related effects in 2013.

Chavez was succeeded by loyalist Nicolas Maduro. Maduro, a career politician who had been elected as Venezuela’s vice president in 2014, went to great lengths to further Chavez’s ideals. Upon ascending to the presidency, Maduro hoped to solidify his grip on power by arresting opponents. This approach seemed to be working, especially when he garnered the support of the military until oil prices began to fall once more.

In 2014, global oil prices began to plummet from a high of over $100 a barrel to below $30 a barrel. Venezuela was hit especially hard because roughly half of the government’s revenue comes from the oil industry. While the country set up a fund to save surplus revenues during the oil boom of the 1990s, the fund was drained during Chavez’s reign, as he used it to fund social welfare programs and help ensure his reelection. The accompanying video explains many of the issues plaguing Venezuela following and as a result of Chavez’s regime:

Venezuela’s economy became so dependent on high oil prices, that countries grew less willing to invest there as they started to doubt its ability to pay them back. An example of this occurred in 2016, when the Chinese Development Bank was one of only a few institutions willing to continue lending directly to the South American nation, but it did so with many more conditions than in years past. This also had the added effect of reducing Venezuela’s influence among its neighbors, as it can no longer use its oil exports as leverage. Even if oil prices rebound, Venezuela is still likely to face serious trouble, as its state-run oil company will have so much debt that it could have trouble paying for further oil exploration.

In a country where 95 percent of all exports are oil-related, it is clear how devastating a dramatic drop in prices can be. This drop led the government to make dramatic currency interventions that have sparked massive bouts of inflation and triggered supply shortages for essentials like medicine and even food. When the crisis first began developing, President Maduro denied that there was even a problem to begin with, although he eventually issued food vouchers in an attempt to prevent people from going hungry. Nevertheless, more Venezuelans are increasingly going without food and malnutrition rates are rising. The government itself cannot afford to even import more food as it is out of money.

On top of the food and humanitarian crises–which are largely a result of economic mismanagement and fluctuations in international oil markets–are unpopular political moves by President Maduro to consolidate his power. In March, loyalists who were selected by President Maduro on the Venezuelan high court chose to dissolve the National Assembly. The power of the Assembly was to be transferred to the courts under Maduro who, critics argue, effectively became a dictator. While the ruling was revised days later, much about the rule of law in Venezuela remains in question, particularly given that the high court had already been ruling against the National Assembly’s attempts to rein in Maduro.

These moves, and the sheer desperation experienced by many in the country, have led to mass protests. In recent weeks, thousands of people have taken to the streets in Caracas, the capital, to protest and demand new elections. However, these protests were met with force both from police and paramilitary groups supported by the Maduro government known as colectivos. The harsh crackdown by the government has led to international condemnation from nearby countries such as Peru and global powers like the United States. It has also spurred calls for more mass protests across cities in Venezuela. Nevertheless, Maduro remains in power and enjoys some support among his base and by those who believe the actions of protesters are not the appropriate way to bring about change.

The video below looks at recent protests:

Venezuela, like many countries with a colonial legacy, has struggled to create the vibrant and dynamic economy needed to be competitive in the global economy. For most of its independent history, it has been ruled by military dictatorships with a few years of democratic governance in between–but these temporary civilian governments have been undone by a perpetual series of coups. This inability to establish a competent government and the country’s over-reliance on oil for its economy held the potential for disaster.

That disaster came when oil prices bottomed out, leaving the country unable to feed its citizens or meet their basic needs. Naturally, this has led to a crisis of confidence in current President Nicholas Madero, successor to the charismatic and extremely controversial Hugo Chavez. Chavez and Maduro both ascended to power on the notion of cleaning out the old, corrupt government institutions and installing something more responsive to real people’s concerns. However, the actual results of their decisions led to unsustainable social programs that plunged the country into debt as oil prices fell. Now it seems that most Venezuelans want a new government and most of all, a new president.

How the situation with Madero plays out is critical to the country’s future. If protesters and the government can reach a political resolution and rebuild the government’s rapidly decaying institutions, there is hope for a major turnaround. On the other hand, if Madero continues to crack down on dissent and refuses to address the humanitarian crises taking over the country, Venezuela could be on a course for even more chaos. Even if a resolution emerges, the country will need to diversify its economy to manage its reliance on oil. Given its past failures to do so, that will not prove to be an easy task.

Michael Sliwinski
Michael Sliwinski (@MoneyMike4289) is a 2011 graduate of Ohio University in Athens with a Bachelor’s in History, as well as a 2014 graduate of the University of Georgia with a Master’s in International Policy. In his free time he enjoys writing, reading, and outdoor activites, particularly basketball. Contact Michael at staff@LawStreetMedia.com.
Share:
Related ItemsDomestic UnrestHugo ChavezInflationNicolas MaduroOilVenezuela