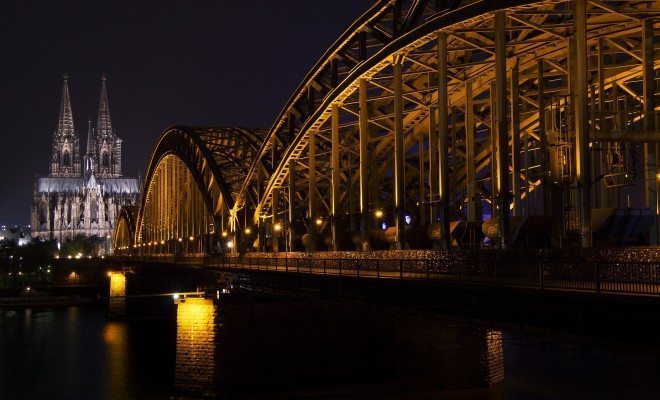 The Impacts of Widespread Sexual Assault in Cologne

Eight men have been arrested following the hundreds of robberies and assaults that occurred on New Year’s Eve in Cologne, Germany. Over 600 criminal reports were submitted regarding New Year’s Eve in Cologne, and over half of those reports involved sexual harassment or assault. A large number of the victims who reported their attacks described their assailants as Middle Eastern, which triggered fears of backlash against Germany’s refugee population. Angela Merkel has remained firm in her commitment to refugee acceptance and integration but the attacks in Cologne may provide a critical groundswell of support for anti-immigration groups. At this time, one 26-year-old Algerian asylum-seeker is in custody for groping a woman and stealing her phone but the refugee status of the other suspects in custody is mostly unknown. Read on for a closer look at the events of New Year’s Eve and what they may mean for Germany in the coming years.

The Attacks across the City

Over 1,000 drunken men gathered outside of Cologne’s central train station, adjacent to its famous cathedral, to ring in 2016. It was within that neighborhood that a large part of the attacks took place, as young women emerged from the train station and headed off into the night. Groups of men who were reported to be of “North African/Arab” origin surrounded young women, groping and assaulting them. Dozens of men would circle women, both those walking alone and those in groups, forcing them to “run a gauntlet” to escape. In addition to sexual attacks, hundreds of people reported theft of money, phones, and valuables.

The identities of the attackers were initially unclear but in the days following the attacks, a significant number of the victims described their attackers as young men of Middle Eastern origin. The majority of the women targeted were German nationals. One woman reported that her rapist told her “German women are just for sex.” Media reports of the incidents were initially only running in local newspapers but within a few days, the story of the horrific night had spread worldwide.

The police have stated that they have never dealt with this kind of situation before and had not created a plan of action to combat such wide-scale criminal activity occurring at once. The preceding year, police officers were deployed in the same volume and had no problems with crowd control. However, with the influx of people outside the station, there were so many attacks happening simultaneously around the central station that security forces were essentially powerless to stop them. The violence was not confined to Cologne, as hundreds of other sexual assault cases poured in from across Germany on New Year’s Eve. However, the collective nature of the attacks in Cologne and the authorities’ disturbingly lackluster response on the ground outside the station mark them as unique. In the wake of the New Year’s Eve attacks, several German cities cancelled other winter celebrations out of fear of similar widespread violence.

Right wing protesters, already against the influx of refugees, have doubled down on their positions. During a recent protest, they clashed with police in riot gear, screaming at police officers for not defending local women–although it was unclear if they meant defending them from assault or defending them from refugees. One supporter of the anti-immigration Pegida movement went so far as to refer to the attacks as “bad for the women, but good for us, because the people are being woken up.” Anti-immigration rallies were held across the country in the wake of the attacks, with hundreds of people carrying signs reading “Rapefugees Not Welcome.” Although few of the women who were assaulted have come forward with anti-immigrant positions, Pegida and other groups have taken it upon themselves to be their voices.

Unfortunately, many onlookers worry that the transparent racism and xenophobia of Pegida undermines the validity of the victim’s reports. One young woman named Selina publicly discussed her attack and her attackers (men of Middle Eastern descent who spoke Arabic and did not seem to understand German) and was accused of being racist by a variety of internet sources. Women seeking justice for the crimes committed against them should feel comfortable reporting physical descriptions of their attackers but in the case of  the Cologne attacks, where race and violence are inextricably linked, those who report their attack may become targets for the vitriol of those who assume they are prejudiced.

An Attack on Women

Two weeks after the attack, The Irish Times published an editorial on the violence in Cologne which stated that

Perpetrators of sexual assault against women do have one thing in common, and it’s not religion or ethnicity, it’s gender…Perpetrators of sexual assault are typified by their diversity. But the common denominator is men. Until we are honest with ourselves about that, and until prevention focuses on stopping men from assaulting women – not blaming one demographic of men, or outlining ways in which women can avoid potential assault – we are kidding ourselves. What happened in Cologne, that mass act, was primarily unusual in its collective nature. But all over the world, in every village, town and city, mass acts of misogyny are fragmented daily, manifesting as individual assaults. We ignore them, because they are not as newsworthy. Victims of sexual assault are just as diverse. Being raped transcends all demographics.

A majority of news outlets have chosen to classify the attacks in Cologne as an issue of sexual assault and violence rather than an issue of race. Evidence from police data shows that refugees have, in fact, committed less crime than native Germans since arriving in the country, therefore outside of the right wing rallies, few news outlets have traced the crimes to be associated with race. While the German government has prioritized deporting refugees who are found guilty of sexual and physical assault, women’s advocacy groups argue that this is not about immigration policy–it is about protection for women. The events of Cologne are being attributed to a massive spike in the number of young men in Germany, which changes the demographics of security.

Regardless of race or socioeconomic status, men are more likely to commit violent acts than women. Considering that the majority of sexual assault cases involve the assault of women by men, the shifting gender dynamics of Germany may affect the country’s future. Cologne has been labeled a potential watershed moment for legal reform and creating protections for all women against all forms of sexual harassment and abuse. As Germany adapts to its new population, the legal processes and security of the nation will have to change in tandem. The brutality of New Year’s Eve in Cologne may inspire German officials to create comprehensive legal protection for women who are sexually harassed and assaulted.

The attacks in Cologne will be remembered as an unprecedented night of terror but the implications of the attacks go beyond criminal activity. Angela Merkel’s decision to welcome over a million refugees (and potentially more in the coming year) into Germany was controversial and she will likely have to keep defending it for years to come. Asylum seekers engaging in criminal activity only fuels the fears of Germans who were already opposed to the influx of refugees. The entire refugee population should not be held accountable for the actions of a few, but as security services are sorting through hundreds of potential suspects who often match the description of Middle Eastern refugees, right-wing xenophobes are gaining public support. The German police presence will need to adapt and expand to deal with its swelling population if they want to avoid a repeat of Cologne in the coming years but that will require not only a new style of training, but an increase in the number of staff they have available for deployment at any given time. Cologne will not only be an important marker for the history of women’s rights and violent crime, it may serve as the trigger for an new era of policing in Germany.

Huffington Post: Here’s What We Know So Far About The Sexual Assaults At Cologne’s Train Station

The Irish Times: Cologne Assaults a Mass Act of Misogyny

TIME: Reaction to Cologne Attacks Should Focus on Women’s Rights

Jillian Sequeira
Jillian Sequeira was a member of the College of William and Mary Class of 2016, with a double major in Government and Italian. When she’s not blogging, she’s photographing graffiti around the world and worshiping at the altar of Elon Musk and all things Tesla. Contact Jillian at Staff@LawStreetMedia.com
Share:
Related ItemsCologneCrimeDeportationGermanyRefugeesSexual AssaultWomenWomen's Rights