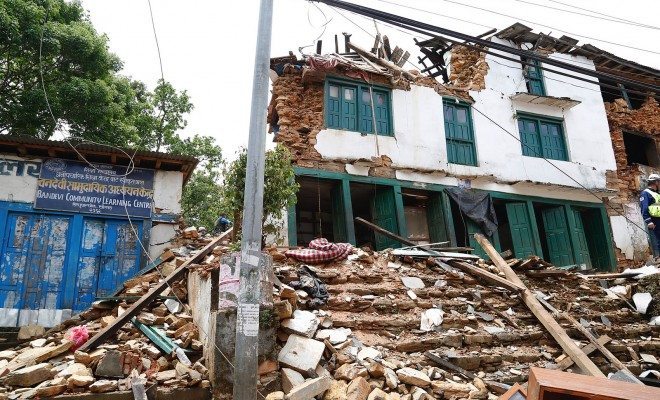 How Do Nations Respond When Disaster Strikes?

The devastating 7.8 earthquake that recently struck Nepal caused untold damage to buildings and has killed thousands of people, with many more missing. Following the devastation, the usual influx of aid began, as did finger pointing over who was to blame for the devastation. However, what this catastrophe has revealed most clearly is the disparate ways in which countries respond to disasters. Read on to learn about the response to the Nepalese earthquake, and the various global responses to disasters.

Responding to a Disaster

Disasters, natural and man made, have been around since the beginning of time. However, the response to these disasters has not always been the same, and methods have varied as widely as the civilizations that have suffered them.

In the United States for example, we have FEMA (the Federal Emergency Management Agency). FEMA was founded in 1979 when five separate agencies that dealt with disasters consolidated into one. Although it perhaps best known now for its poor handling of Hurricane Katrina in New Orleans, it has served as the point agency for every natural disaster the United States has dealt with since its inception.

While the methods for emergency management vary, one of the commonly accepted tools is the emergency management cycle. The cycle’s origins go back to the 1930s when phases were first used to describe the ideal response to a disaster. The cycle gained its central place in the emergency management lexicon in 1979 when FEMA was created by President Jimmy Carter following recommendations from the National Governors Association, and versions have now expanded to other nations. This cycle is generally broken into three or four parts, although newer variations can include more steps. Usually the four steps are mitigation, preparedness, response, and recovery. You can see an example here.

Once the disaster actually strikes, there’s a response section of the cycle. During this time, emergency management workers attempt to rescue people, provide basic services, and prevent any further damage. The final phase is recovery. In this final stage, once the disaster has passed, authorities go to work returning basic services to full operational capabilities. Additionally, infrastructure and other institutions that were damaged during the devastation are rebuilt.

While these distinctions seem clear, steps often overlap and become blurred, further complicating the process. In addition, it’s important to remember that these steps apply equally to both man-made and natural disasters. However, maintaining an appropriate balance of preparedness for the two types is important, otherwise one can become neglected at the expense of the other. A chilling example is the focus on defending against terrorism in the United States that left other shortcomings unnoticed. Critics claim this led to an underfunding of the levee system in New Orleans, which ultimately failed during Hurricane Katrina and had devastating results.

The Finger Pointers and the 20/20 Crowd

Unfortunately not every country has such a system or even a plan in place, including Nepal. These programs are very expensive. For example, in 2015 FEMA’s requested budget was $10.4 billion. To put that into context, Nepal’s entire GDP for 2013, the most recent year available from the World Bank, was only $19.3 billion. While no one expects Nepal to have an agency or program on the scale of FEMA given the lower population and wealth gap between it and U.S., in the wake of this disaster, concerns have arisen that the nation was unprepared.

These considerations did not stop the criticism from pouring about the failure of the Nepalese government. These criticisms have come from several high profile sources, including numerous relief agencies, namely the United Nations. Criticisms range from insufficient infrastructure to the difficulty aid groups have delivering supplies to those who need them. Despite the disaster, many protective tariffs are still in place, making it difficult to distribute goods. There are also concerns over widespread corruption and the reported looting of supply convoys by authorities who want to disperse the aid along ethnic lines.

These criticisms should not be entirely surprising given Nepal’s governmental history. The country only just began recovering from a civil war in 2006, which had lasted ten years. That conflict pitted the newly established democratic government against Maoist insurgents. Since the end of the civil war, there have been a succession of ineffectual governments who have been unable to create any sort of a unified front. For example, in January 2015, the current government was unable to agree on changes to its constitution because of political infighting.  The video below depicts many of the issues facing Nepal’s relief efforts:

When countries such as Nepal and others suffer a horrendous disaster, the international community usually steps up to aid them in their suffering. While variations of aid can be separated into many different branches, the two clearest distinctions are financial and direct intervention.

While not every country has an emergency response team to spare to help in a disaster zone, many can offer another valuable commodity: money. As of April 28th 60 million dollars in financial assistance had already been pledged to the earthquake ravaged area. This type of giving is not surprising, especially following natural disasters such as earthquakes. In fact two other examples, the deadly 2013 typhoon in the Philippines, and the 2008 cyclone in Myanmar (Burma) illustrate that in circumstances such as these, it is not uncommon for the aid a country receives to as much as quintuple from one year to the next.

Although this is good news for Nepal, it may not be enough. While financial pledges can be easily won in the immediate aftermath of a disaster, the ability to continue to elicit them tends to fade as the story does from the headlines. Costs to repair the damage in Nepal have been estimated to be as much as five billion dollars. This massive undertaking is especially difficult for a nation like Nepal whose GDP, as previously mentioned, is only around 20 billion total each year, with a significant portion of that coming from now-lost tourist revenue.

In addition to these considerations, a working paper on the political economy of disaster preparedness by Charles Cohen and Eric Werker of the Harvard Business School also raises additional considerations. While money is useful in dealing with a disaster, giving away large sums reduces the incentive of a government to be adequately prepared in the first place. According to the study, rich countries as well as poor would be better off if more aid was provided for preparedness than response–it’s smarter to be proactive than reactive.

Concerns also abound over a dishonest government stealing aid money. In some cases, leaders want to reward their constituents first in order to maintain their good graces. Thus, it is also imperative in these types of situations to have a decentralized aid distribution system as much as possible. The video below provides some dos and don’ts in regards to helping following a disaster:

Another means to assist an ailing nation is through direct assistance by countries and private organizations. In the case of Nepal, this aid can be divided into three sub-categories. First, countries such as Japan and Australia sent experts and aid teams to help recovery. Relief organizations such as the Red Cross provided money and experts to help, basically serving as microcosms of the nations they represent. Lastly corporations such as Coca-Cola and Kellogg provided bottled water and food to satiate survivors whose access to basic goods may have vanished in the wake of the disaster.

Like financial assistance, direct intervention can also have drawbacks. An example of this comes from the 2010 Haitian earthquake. In that case, relief efforts were hampered and stagnated due to an inefficient infrastructure in place. The United States took full control of the response efforts, at one point legally taking possession of the main airport in the capital Port-au-Prince during the relief efforts. However, subsequent American prioritizing of its own relief planes over other nations’ led to an international row that threatened to divert focus from the main crisis as hand. The accompanying video depicts the controversy:

The Wealth of Nations

Additionally the acceptance of aid either through financial aid or direct intervention can also be influenced by the existing wealth of a nation. For example, while Nepal is basically dependent on other countries for assistance, richer nations who are less beholden may refuse aid when it is offered. A prime example is the United States, which politely declined nearly one billion dollars in aid from allies following Hurricane Katrina in 2005. While part of this was due to government inefficiency in distributing assistance, most offers were simply declined out of hand.

The U.S. declined most of the aid because, while it was adept at distributing aid to other countries, it was less skilled at dispensing aid within its own.  Thus rather than accept more aid that would often spoil or remain unclaimed, it instead declined many offers.  While this stagnation is criticized in other countries as a result of underdeveloped agencies, in the U.S. it was accepted because the U.S. is perceived as being a more capable nation due to its relative wealth.

Although countries such as Nepal and Haiti may serve as examples of how not to handle a disaster, there is no telling how any nation will respond once it actually experiences one. The prime example here is the United States. Even with its large bureaucracy dedicated to disaster relief and readiness, with an equally large budget, the U.S. has repeatedly been accused of being unprepared.

There are numerous examples of these failings, perhaps the two most glaring in recent memory are Hurricane Katrina and Hurricane Sandy. Hurricane Katrina essentially wiped out one of the most historic cities in the US, New Orleans, while also killing over a 1000 people and causing over $135 billion dollars in damage. Hurricane Sandy saw a lower fatality count, approximately 100 dead, but saw major parts of eastern states such as New York and New Jersey effected to the point of $50 billion dollars in damages.

Disasters, whether they are man made or natural, can strike anywhere, anytime. While some nations, either through financial means or previous experience are more prepared than others, ultimately no nation is ever ready for something as deadly as Nepal’s earthquake or a massive hurricane. This is a global issue, and one that has no easy answer.

Time: These are the Five Facts That Explain Nepal’s Devastating Earthquake

Vanderbilt Center for Transportation Research: The Phases of Emergency Management

Guardian: US Accused of Annexing Airport as Squabbling Hinders Aid Effort in Haiti

Michael Sliwinski
Michael Sliwinski (@MoneyMike4289) is a 2011 graduate of Ohio University in Athens with a Bachelor’s in History, as well as a 2014 graduate of the University of Georgia with a Master’s in International Policy. In his free time he enjoys writing, reading, and outdoor activites, particularly basketball. Contact Michael at staff@LawStreetMedia.com.
Share:
Related ItemsAustraliaCoca ColaCycleCycloneEarthquakeEmergency PreparednessFEMAHurricaneHurricane KatrinaHurricane SandyJapanKelloggNatural DisasterNepalTsunamiTyphoonUnited States