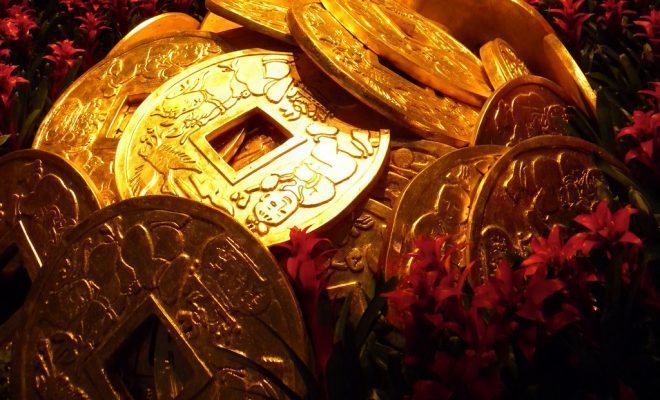 Despite China’s strong and consistent economic growth, there have been two areas that are clearly understood to be American-dominated spheres–military and finance. While America still holds a large lead over other countries in terms of military power–at least based on money spent–that other sphere of power may be waning. Although China has long been dismissed as lacking in infrastructure and innovation, that belief is likely about to change. With the formation of the Asian Infrastructure Investment Bank, China is throwing itself into the financial arena. Read on to learn about China’s latest push for superpower status that has the potential to change the global financial system that has been in place since WWII, and casts into question the future of who controls the world’s purse strings.

History of the Current System

The history of the modern financial system began in 1944. While WWII still raged, representatives from the Allied powers met to decide the future of the global financial system. The result of this was the Bretton Woods Agreement, named after the town in New Hampshire where the meeting was held.

This agreement essentially pegged global currencies to the U.S. dollar. Countries were required to maintain a fixed exchange rate with the U.S., buying up dollars if their currency was too low and printing more money if their currency’s value was too high. It was a basic concept of supply and demand, but with physical currency.

This, in effect, made the United States the preeminent global economic world power. It also relied on the relationship between U.S. dollars and gold, because the dollar itself was tied to a gold standard. However, the Bretton Woods system came crashing down in 1971 when the U.S. experienced something known as stagflation–when a country simultaneously sees a recession and inflation–and was forced to abandon the gold standard. In an unforeseen result, the rising demand for the dollar had made it more valuable even though its value was pegged to a certain amount of gold. The resulting disparity led to shortage and the need to scrap the existing system. Despite the end of the Bretton Woods system, two of its guarantor agencies, the International Monetary Fund (IMF) and World Bank, survived and continue to this day.

The IMF was created as part of the Bretton Woods agreement. Its original purpose was to help countries adjust their balance of payments with regard to the dollar, which was the reserve currency. Once the gold standard was abandoned, the IMF offered members a variety of floating currency options, excluding pegging the value of currency to gold. Additionally, the 1970s saw the beginning of the Structural Adjustment Facilities, which are loans out of a trust fund offered by the IMF to countries. The IMF was instrumental in guiding a number of countries, particularly developing ones, through a series of crises including the oil shocks in the 1970s and the financial crisis in 2008.

The World Bank was originally known as the International Bank for Reconstruction when it was created as part of the Bretton Woods Agreement. Initially, the bank was created to help with reconstruction in Europe, with its first loan going to France in 1947. However, over time and following the collapse of the Bretton Woods system, it has changed its focus to fighting poverty. The World Bank’s footprint has also expanded from a single office in Washington, D.C., to offices all over the world, and it is now made up of five different development institutions. Like the IMF, it has also tackled issues as they have arisen over the decades, such as social and environmental challenges.

Criticisms of the IMF and World Bank

Although the IMF and World Bank have survived for more than 70 years, they have faced extremely harsh criticism. The IMF has been criticized far and wide. Mostly the criticisms boil down to the conditions upon which the IMF grants loans. Namely, many people believe the IMF intervenes too much in a country’s operations by forcing it to meet arduous standards before it will be given a loan. The problem here is there is no one-size-fits-all way for countries to operate and the parameters the IMF sets are sometimes seen as more detrimental to a country than its existing financial situation. There are also accusations of supporting corrupt regimes and a lack of transparency.

The World Bank faces several of these same criticisms and more. On top of not taking into account individual local situations, the World Bank has also been criticized for enforcing a de facto Washington consensus along with the IMF. In other words, by controlling the money, the World Bank and IMF can force countries to do what Washington wants. Additionally, the World Bank and IMF have been accused of helping large corporations at the expense of poor and developing nations. In particular, the debt associated with the loans, has left many recipients mired in a perpetual state of debt and therefore beholden to the IMF and World Bank structure.

The video below offers a detailed explanation of Bretton Woods, the IMF, World Bank, and the criticisms they face.

With the existing state of finance the way it is, it comes as little surprise that China and other nations who do not agree with many American policies would seek to create their own institutions of last resort. This indeed is what China, India, and a number of other smaller countries now intend to do. This has led to the creation of the Asian Infrastructure investment Bank, or AIIB. Although the details of the bank are still murky it will essentially be a clone of the World Bank.

Aside from differing with the U.S. over policy, China and other nations are also upset over representation within the World Bank and IMF. The way the system is currently set up, an American is traditionally in charge at the World Bank and a European at the IMF.

The video below explains what the AIIB is, what it means for the U.S., and how it will impact the existing system.

While it is not that shocking that a rising country like China desires its own system and to be free of the constraints placed upon it by the United States and its allies, several other countries that have been quick to sign up for the AIIB have been surprising. These nations included a number of traditional American allies including Germany, France, the U.K., and South Korea. Nevertheless, while it is still unclear what these countries hope to gain from membership, the fact that they would willingly flout American criticisms and join with China is certainly a diplomatic blow.

Progress on the AIIB

Whereas China’s new bank appears as a smack in the face to the U.S., there is still much to be decided. First of all, there was already an Asian Development Bank, so if anything the AIIB seems to be replacing that more than the World Bank or IMF. Additionally and most importantly, the AIIB has not actually been created yet, so all these defections and statements are just plans, not concrete actions. Furthermore, while countries were upset at and critical of the IMF and World Bank as being puppets of U.S. interest, this new Asian Infrastructure Investment Bank is seemingly being designed specifically to make China its unquestioned leader. Thus it bears watching how long countries want to suffer under China’s yoke and if the grass really is much greener.

There are other projects in the works as well. The U.S. has a new trade proposal of its own for the Asian Pacific that would also aid in the development of infrastructure. The following video shows how the IMF and other groups plan to work with the AIIB in the future financial environment.

America’s position as the global hegemon seems increasingly to be challenged in every facet from sports to entertainment to now finance. For roughly 70 years America has been the guarantor of the world’s economy; however, that is beginning to change as revealed by its inability to prevent the financial crisis in 2008 and through tests from other countries such as China. The U.S. therefore, may have to adjust to its new position in a world, where it wields less control and enjoys less prestige. The only lingering question then is not if this degradation of power will occur, but how will the U.S. respond to it?

Vox: How a Chinese Infrastructure Bank Turned into a Diplomatic Disaster for the United States

Economics Help: Criticism of the IMF

Globalization 101: Why the World Bank is So Controversial

Financial Times: Superpowers Circle Each Other in Contest to Control Asia’s Future

Michael Sliwinski
Michael Sliwinski (@MoneyMike4289) is a 2011 graduate of Ohio University in Athens with a Bachelor’s in History, as well as a 2014 graduate of the University of Georgia with a Master’s in International Policy. In his free time he enjoys writing, reading, and outdoor activites, particularly basketball. Contact Michael at staff@LawStreetMedia.com.
Share:
Related ItemsAIIBAsian Infastructure Investment BankBretton WoodsBretton Woods AgreementChinaGermanyGold StandardIMFIndiaInternational Monetary FundUKUnited KingdomUnited StatesUSWorld Bank