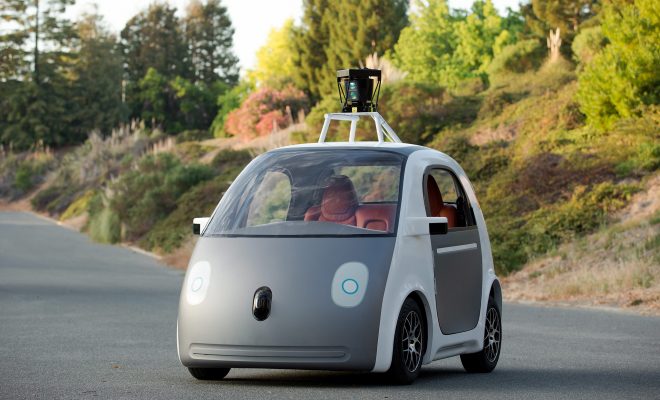 How Close are we to Driverless Cars?

Driverless cars are all the rage in the auto industry lately, as efforts have been underway for years to move away from the outmoded, human-driven gas guzzlers of the 1990s and early 2000s. The rosy image of the future of cars took a hit recently, however, when a man was killed while riding in his Tesla while on autopilot mode. This fatality immediately raised concerns over safety and the need for regulation that had been relatively quiet in the quest to go driverless. Read on to find out more about self-driving cars, how they are being regulated, and how close we are to a society where your car does the driving for you.

The History Behind Driverless Cars

While history has seen many driverless vehicles, from boats to rockets, driverless cars are typically something that is only seen in science fiction writing. Although the idea began drawing increasing interest around World War II, the concept was still in its infancy. Some actually believed the future wasn’t in driverless cars, but in safe highways that could guide cars like trains on a track. The movement for driverless cars really began to gain momentum with artificial intelligence enthusiasts during the 1960s who dreamed of developing driverless cars by the new millennium. Several prototypes were developed starting in the late 1970s, but the main challenge of developing a vehicle that could not only drive but react to conditions in real time remained elusive.

The industry got a boost when the U.S. military became involved in 2004, initiating a competition to develop driverless cars for use on the battlefield. Since then, driverless vehicles have popped up all over, including on farms, mines, and warehouses. The late 2000s and early 2010s also saw self-driving cars become a more plausible option for the average commuter, particularly when Google began its foray into the industry. Along with Google the other big name in the driverless car industry is currently Tesla Motors, while other many car companies have autonomous car projects of their own. The accompanying video looks at the history of driverless cars and their potential future:

Many carmakers are already fretting about the future of their industry. With the rise of affordable car-sharing services like Uber and Lyft, getting around without owning a car has become much easier for people who live in cities. This has led major car companies to invest in these services. Car companies are also investing in driverless cars, which could present another possible major disruption to the status quo of their industry.

Forecasts suggest that if and when driverless cars become widespread, likely sometime in the next couple decades, families will actually own fewer vehicles. This is due to the fact that a car that can operate by itself will be able to fulfill more functions with greater efficiency than traditional cars. Many may even forego ownership and use car sharing services instead.

It’s also important to consider driverless cars’ impact on the fusion of two industries. Namely, many of the largest and most well-known names in the auto and tech industry are teaming up to create the cars of tomorrow. The idea behind these collaborations is each industry is lending what it does best. In the case of the auto industry that is large scale production of vehicles that are safety and emissions compliant. For tech companies, that is developing the software, not only to allow for driverless cars but also for functions associated with computers or smartphones today.

The push toward driverless cars has continued even as the potential for danger remains high. While the accident in May that resulted in the death of the driver was the first fatality related to a self-driving car, it was certainly not the first accident. In fact, driverless cars are between two and five times as likely to get into accidents as cars with drivers, although that range depends on whether unreported accidents in regular cars are included. These numbers are slightly skewed by the small number of driverless cars compared to the large number of traditional cars. Nonetheless, while driverless cars are more likely to be in accidents, until the recent fatality, all the accidents that did occur only resulted in minor injuries because the driverless vehicles were always going slow at the time of the accident.

The following video details the first fatality in a driverless car:

Although the accident rate for driverless cars is higher, nearly all accidents between driverless cars and human drivers are the human’s fault. In fact, it was not until this year when the actions of a driverless car led to a traffic accident. This begs the question, why are driverless cars getting in more accidents when they are less likely to cause them in the first place? Ironically, the problem is that driverless cars are programmed first and foremost to always obey the laws of the road. However, in a busy intersection or highway, humans often disregard the rules and drive as necessary. The conservative approach that is taken by driverless cars actually increases their accident rate.

The inability to overcome the human element has caused the two leading companies in the driverless car industry, Google and Tesla, to pursue different approaches to the same goal. Based on observations made by Google engineers during an initial test phase–where drivers quickly trusted self-driving cars and stopped paying attention–Google decided to take a slower approach with the goal of creating a car that is 100 percent driverless. Conversely, Tesla embraces a notably different method. Tesla’s cars actually have many autonomous features already; however, the company instructs its drivers to keep their hands on the wheel while riding. Telsa argues that this approach will allow the company to collect enough data in order to improve its technology in a shorter timespan.

Perhaps the most significant safety issue, though, could affect cars with drivers and driverless models alike. This issue is the threat of hacking. With the amount of technology in modern cars and the many ways that they can connect to the internet, hackers are now able to take over a person’s vehicle.

The video below looks at the threat of car hacking:

While regulators are trying to step in and set up a framework for driverless cars, they too are uncertain about how to best regulate the industry. California, home to Google and most major tech companies, is currently the epicenter of the driverless car industry. In California, it is still illegal for driverless cars to operate on public roads without a licensed driver able to take the wheel at any moment. The main problem with these regulations, at least for the carmakers, is the requirement for cars have pedals and a steering wheel–features that driverless car makers like Google want to get rid of. California was actually the second state to authorize self-driving cars for testing and public use. The first state was Nevada, which has much looser regulations. Michigan has also authorized the use of driverless cars.

However, to avoid the varying state standards that have already popped up, many carmakers are anxious for national rules. Such rules may come sooner rather than later, as the Department of Transportation aimed to have a nationwide standard for regulations outlined within six months of its January announcement. In July, Transportation Secretary Anthony Foxx announced some progress on rulemaking and outlined steps going forward. However, many questions about regulation remain unanswered.

Driverless cars are a relatively new and exciting technology. Like any new advancement before them, there is an inherent risk involved, especially at the early stages. However, that risk has to be controlled in order to ensure driver safety.

While driverless cars excite the imagination, they still have a long way to go before they are adequately safe and regulated. This will not be an easy transition as it means people will have to embrace giving up control at 70 plus miles per hour. This also comes at a time when everything, including cars, is vulnerable to online attacks. Nevertheless, driverless vehicles appear to be an important next step in transportation technology. Even if they suffer several growing pains along the way, a car where everyone rides shotgun is likely the car of the future.

Computer History Museum: Where to? A History of Autonomous Vehicles

Los Angeles Times: Tesla and Google are Both Driving Toward Autonomous Vehicles. Which is Taking the Better Route?

The Economist: The driverless, Car-Sharing Road Ahead

Bloomberg Technology: Humans Are Slamming Into Driverless Cars and Exposing a Key Flaw

Governing: When Regulating Self-Driving Cars, Who’s at the Wheel?

Wired: The FBI Warns That Car Hacking Is a Real Risk

Michael Sliwinski
Michael Sliwinski (@MoneyMike4289) is a 2011 graduate of Ohio University in Athens with a Bachelor’s in History, as well as a 2014 graduate of the University of Georgia with a Master’s in International Policy. In his free time he enjoys writing, reading, and outdoor activites, particularly basketball. Contact Michael at staff@LawStreetMedia.com.
Share:
Related ItemsCar IndustryCar SharingCarsDriverless CarsGoogleLyftTeslaUber