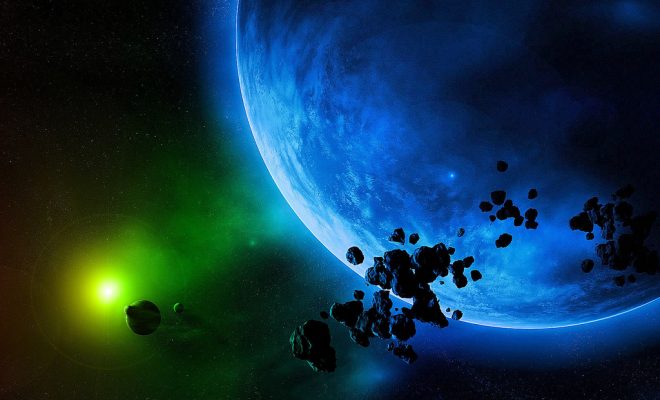 Breakthrough Starshot and the Acceleration of Space Travel

Stephen Hawking has spent decades challenging the world to broaden its concept of the cosmos and last week he signed onto a research project connected to that goal. The billionaire Yuri Milner, backed by Hawking, has launched Breakthrough Starshot, a $100 million effort to develop computer chip-sized “star ships” that would travel further into space than any craft previously designed by man.

The project would aim to launch a thousand of these tiny star ships, each equipped with a “solar sail” that would push the ships along using light energy. In order to complete such an ambitious task, scientists will have to pour significant time and energy into miniaturizing instruments and developing solar sails strong enough to survive for a long-term journey through space. During  a recent press conference, Hawking stated that his hope for Starshot was a successful launch to Alpha Centauri–a star system approximately 25 trillion miles away–within a generation. Whether such an undertaking is even technologically possible remains to be seen. Read on for a look inside Breakthrough Starshot and the future of space exploration.

Who is Yuri Milner?

Hawking grabbed headlines when he committed to the project this week but the financial titan behind Starshot is an important figure in his own right. Yuri Milner, through his venture fund DST Global, has backed some of the most disruptive companies of the millennium: Facebook, Twitter, Spotify, and AirBnB to name just a few. Milner’s financial commitment to expanding scientific exploration has developed over time, peaking in the last two years.

He began working as a specialist in private sector banking at the World Bank in the 1990s but eventually shifted into investment brokerage. In the 2000s, he began investing in internet companies, serving as CEO and Chairman of a variety of holdings. In 2009, he purchased a 1.9 percent stake in Facebook for $200 million. In 2012, he stepped into the world of philanthropy by founding the Breakthrough Prize along with a host of other Silicon Valley talents. The Breakthrough Prize, which results in a $3 million grant to the recipient, is divided into three categories (Life Sciences, Fundamental Physics and Mathematics). In 2015, Milner launched Breakthrough Initiatives, a program tasked with exploring the universe for signs of extraterrestrial intelligence. It is through this program that Milner and Hawking joined forces. Milner is one of many tech savants who have turned their energy and personal wealth towards funding the future of the human race, but his connection with the most notable scientific names of cosmology make him stand out as more than an amateur enthusiast.

Although the Starshot team has hailed their use of solar sails as the first new approach to propulsion for a century, the concept of using light to propel spacecraft is not entirely novel. NASA’s Kepler space telescope uses the pressure from photons to maneuver and light sails have been deployed in the past in the Japanese spacecraft IKAROS. Starshot would differ from these spacecraft because it would utilize lasers to push the star ships along, accelerating them to 20 percent of the speed of light. With such an acceleration, the star ships could arrive at the nearest star within a matter of decades (as opposed to thousands of years from now).

However, as NPR reported, there are obstacles to building and controlling a laser powerful enough to give the solar sails the necessary push. There are lasers currently capable of delivering enough laser power to a point to initiate nuclear fusion but the blast only lasts for a microsecond. Starshot team members estimate that to launch its nanocraft, it would need a laser capable of sustaining that laser power for ten minutes.

There is a need for international approval and cooperation on creating the laser and satellites would have to be shifted out of the way of the laser in order for it to fire. Multiple permits will need to be approved from a variety of countries, and changing political climates could make or break Starshot’s success. An administration that has minimal or no interest in space exploration will not move satellites and approve the laser–which could be considered a weapon in the wrong hands–so Starshot will need to seek powerful political allies before beginning to construct the laser. Milner has proposed constructing the laser in a location such as the Atacama Desert, but conservationist interest groups may protest such a large scale construction and the national government of the country where the laser is built would ultimately have to balance environmental concerns with commitment to Starshot.

The $100 million price tag on Starshot may seem high but when we account for potential problems with production, the need for materials and staff, and the lobbying costs of getting the laser approved, that sum may only be a fraction of the actual cost of getting Starshot off the ground. Milner’s financial commitment is essentially a launching pad that will need to be padded and refurbished in the coming years. His investment will be funneled into research grants, whose conditions are as yet undetermined.

Uniting that research into a single nanocraft will require significant logistical and financial cooperation between various teams. Milner has estimated that the project could cost anywhere from $5 to $10 billion by the time it is completed, and that estimate could even be conservative. The timeline for Starshot is counted in decades, not months: approximately twenty years to start the mission, another twenty for the nanocraft to reach Alpha Centauri and four years for the information to then return to Earth. This means that financial planning for such an extensive time presents a unique challenge for the Starshot team. In periods of economic stability, governments may be more likely to fund space exploration projects but at the moment, space exploration has largely been funneled into the private sector–which means Starshot will need to target a very selective set of potential investors. There are plenty of millionaires and billionaires in the world, but how many are willing to invest their funds in a space exploration project that will most likely not be finished within their lifetime?

However, having Hawking as a supporter boosts Starshot’s credibility and visibility in the press, and Hawking is not the only major cosmological name attached to the project:

The project will be directed by Pete Worden, a former director of NASA’s Ames Research Center. He has a prominent cast of advisers, including the Harvard astronomer Avi Loeb as chairman; the British astronomer royal Martin Rees; the Nobel Prize-winning astronomer Saul Perlmutter, of the University of California, Berkeley; Ann Druyan, an executive producer of the television mini-series ‘Cosmos: A Spacetime Odyssey’ and the widow of Carl Sagan; and the mathematician and author Freeman Dyson, of the Institute for Advanced Study in Princeton, N.J.

Unfortunately, there is no guarantee that their commitment will draw in a sufficient number of investors. Milner’s financial commitment to Starshot may come to naught if the project gets halfway through its initial phase of development only to run out of funds and become defunct before it has ever launched a nanocraft.

Starshot, like many space exploration projects of the past several years, was motivated by the fear that the Earth may no longer be habitable for humans in the near future. Stephen Hawking has discussed multiple potential threats to human existence on Earth, ranging from global warming to asteroids to supernovas. The idea of becoming a multi-planetary species may seem like the stuff of science fiction but an increasing number of the leading minds of science and technology are committing to distributing the human race across the stars.

While proposals like Elon Musk’s plan to put humans on Mars by 2025 are still being written off as overambitious and perhaps alarmist, there is a growing shift in the message behind space exploration: it is less for our own curiosity and more for our own survival. Projects like Breakthrough Starshot require a massive amount of technological innovation and financial investment, which makes their feasibility seem slim at best–but considering how rapidly space travel has developed since the 1950s, it is not absurd to consider that Milner’s nanocraft could be reaching the stars within a matter of decades. At this time, the most pressing limitation on Starshot’s capacity is financial, but if sufficient investment is provided, we may be visiting the stars before the century is out.

Christian Science Monitor: Stephen Hawking Proposes to Hunt for Aliens with a Fleet of Tiny Spaceships

New York Times: Reaching for the Stars, Across 4.37 Light-Years

Editor’s Note: This post has been edited to update the Breakthrough Starshot timeline.

Jillian Sequeira
Jillian Sequeira was a member of the College of William and Mary Class of 2016, with a double major in Government and Italian. When she’s not blogging, she’s photographing graffiti around the world and worshiping at the altar of Elon Musk and all things Tesla. Contact Jillian at Staff@LawStreetMedia.com
Share:
Related Itemsmark zuckerburgNASASpace Travelstarstephen hawking