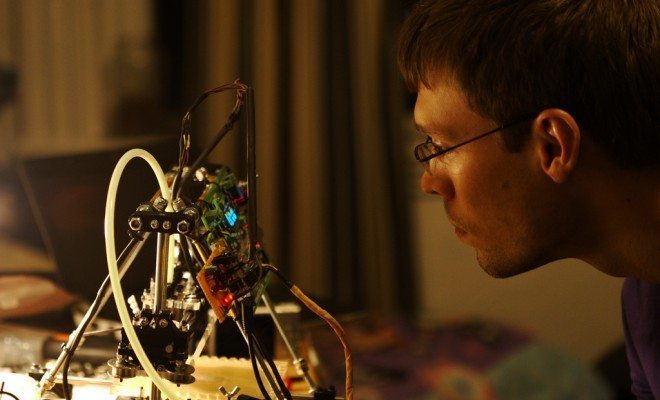 3D printers have revolutionized a multitude of industries. Although they have been around for the last 30 years, people know very little about them. The first few rounds of 3D printers have been crazy expensive, isolating them from the general consumer market. Although there have been buzz-worthy exceptions, the printers have traditionally been out of reach for the general public. But for those with access, like those in the military and medical fields, 3D printing is allowing wonders. As of last year, a new wave of 3D printing seems to have taken off. Less technically advanced versions have hit the everyday market. You can now find them in your average hardware store. The future of this innovation seems limitless. 3D printers could be a household item in the not-too-distant future. With that in mind, institutions like the Food and Drug Administration (FDA) are already discussing regulations. Read on to learn more about 3D printing and what’s in store for the innovative technology.

What is 3D Printing?

A 3D printer creates compact, three-dimensional products compared to the average printer that produces an image on paper with ink. The materials used for 3D printing are endless, but include plastic, wax, resin, paper, gold, and titanium. The printer jets are directed by computer-assisted design software to “create an object by spraying or squeezing one thin layer of material at a time onto the platform, then melding them into place with a precisely directed laser.” The culmination of layers eventually form the desired object.

First you must create a virtual design of the intended object. This is done in a Computer Aided Design File using a 3D modeling program. You can also use a 3D scanner in order to make a 3D digital copy of an already existing object before entering it into a 3D modeling program. The software then cuts the final model from the digital file into “hundreds or thousands of horizontal layers” and prints the object “layer by layer,” to ultimately produce a three-dimensional object.

Unlike typical manufacturing processes, 3D printing is an additive process, not a subtractive one. Typically, material is cut away from a larger whole to produce a desired object. The layer-by-layer process of 3D printing is “highly efficient because there is virtually no wastage.” As a bonus, the resulting product can be more minutely detailed and up to 60 percent lighter in weight than a traditionally manufactured product.

In this method, the 3D printer lays “high power particles of plastic, metal, ceramic or glass powders” into a specific 3D form. The chosen materials placed in the printer are fused layer by layer on top of a powder bed. After the creation of each layer, “the powder bed is lowered one layer thickness.” The process repeats for each new layer until the desired object is created. The unused powder base remains as a support structure and extra can be used for another printing project.

Any home 3D printer would most likely use FDM. In this process, the printer, “extrude[s] a stream of heated or melted thermoplastic material” in the additive layer-by-layer process. Thermoplastic material becomes pliable or moldable at a specific temperature and solidifies again once cooled. As the material leaves the printer through an extrusion nozzle, the material should immediately harden and take the desired shape.

The U.S. Army and 3D-Printed Food

To create 3D-printed food, ingredients are placed in the printer’s cartridge and dispensed in the additive layer-by-layer process to create specific foods. The U.S. Army is looking to develop 3D technology that ultimately creates food that can sustain a warfare environment.

Supplying durable and nutritious food for soldiers in combat is difficult, especially long term. 3D printers offer a possible ingenious solution–3D technology can print food specific to a soldier’s dietary needs. First, a solider would undergo an initial scan that sends nutritional information back to the computer software. If a solider is experiencing a certain vitamin deficiency, for example, a 3D printer can then dispense food that nourishes that individual’s needs.

According to Lauren Oleksyk, a leading food technologist at the Natick Soldier Research, Development and Engineering Center, “some companies are actually considering 3D printing meat or meat alternatives based on plant products that contain the protein found in meat.” As of today, 3D-printed food is only created in powder or liquid forms. Further research will determine if the creation of printed solid food is possible. Military experts and 3D scientists predict soldiers will be eating printed food by 2025.

State-of-the-art prosthetic devices are extremely expensive, costing thousands of dollars. 3D printing offers a cheaper alternative. One in one thousand babies are born each year with missing fingers and others lose them due to injuries. Many parents find investing in a costly prosthetic replacement for a growing child impractical as it will need to be soon replaced with another. With 3D technology, the materials used for a prosthetic hand, for example, can cost as little as $20-$50. There are also various volunteer organizations available that share machines and software plans with others in need.

3D prosthetic hands are often made to look fun and colorful for children. They can be made with fluorescent or glow-in-the-dark colors. The Cyborg Beast model “looks like a limb from a Transformer,” while the Raptor Hand and Talon Hand models, “hint at comic-book superpowers.”

The above video shows a 3D-printed prosthetic hand that can open and close by flexing the wrist. This pulls on cables called tendons. Each piece is printed individually and assembled afterward. The printing process is about 20 hours, while assembly takes about two or three hours. Ivan Owen, one of the 3D-printed hands inventors, claimed “it is not much harder than putting together a complex Lego kit.”

The easy accessibility due to volunteers and openly shared machines and software and low cost make 3D prosthetic replacements a true medical wonder. Prosthetic hands are just one of the ways in which 3D technology is changing the face of prosthetics.

Regulations must be put into effect for safety, especially as 3D technology enters the medical arena. The FDA states that it regulates 3D devices in essentially the same way it regulates non-3D devices, although there are added questions in the review process. Medical manufacturing companies can conventionally distribute medical devices in a few sizes. With 3D printing, these same products can be inexpensively tailored to the individual. Oxford Performance Materials, a Connecticut-based biomedical firm, printed a cranial prosthetic that replaced 75 percent of a man’s skull. All this innovation, however, must be checked. FDA medical engineer James Coburn explains, “We typically ask manufacturers to put safeguards on their products so you can’t go beyond the design space, so that when you’re patient-matching a device to someone, it will tell you when you have exceeded that limit and won’t let you push beyond it.” This also protects individuals with 3D printers from printing a dangerous device.

3D-printed products in the aviation field are also monitored. They must be fire-resistant and reliable. The Federal Aviation Association (FAA) looks for 3D products that meet or exceed the characteristics of their non-3D counterparts. For example, Custom Control Concepts, a company that “builds tailored interiors for high-end luxury jets,” finds it difficult to win FAA approval. The company uses Ultam (one of the only FAA-approved 3D plastics) and uses an FAA approved on-site testing laboratory. As another example, GE Aviation “uses in-process monitoring” to make sure that the pieces match standards and “puts every third part through a scanner and X-ray it.”

This GE Aviation video demonstrates the making of a 3D jet engine and shows a safety test in progress.

There is also the fear that 3D printing can be used to create weapons. On May 5, 2013 the first 3D gun, called the Liberator, was printed by Defense Distributed, an American organization lead by a “25-year-old Texas law student and committed libertarian named Cody Wilson.” In 2014, Congressman Steve Israel (R-NY) introduced legislation that would fully ban 3D guns. Although it was not successful, he plans to reintroduce legislation that would once again ban 3D guns and all completely plastic firearms. Israel argued:

My legislation is about making sure that we have laws in place to ensure that criminals and terrorists can’t produce guns that can easily be made undetectable. Security checkpoints will do little good if criminals can produce plastic firearms and bring those firearms through metal detectors into secure areas like airports or courthouses.

It is yet to be seen whether this legislation will make it through.

We have only just seen the beginning of 3D printing. It could enter our everyday lives in force within the next couple of years. Regulations and perfecting various products have slowed the general trend, but the kinks and safety approvals will eventually work themselves out. Researchers and scientists are dedicated to perfecting this new art. The benefits seem utterly limitless. It seems right to invest time, money, and effort into any machine that can give patients new limbs or keep U.S. soldiers healthy, but it’s important to make sure that it’s all done as safely as possible.

National Geographic: What, Exactly, is a 3D Printer?

Forbes: US Army Looks to 3D Print Food For Soldiers

Live Science: What is Stereolithography?

The New York Times: Hand of a Superhero

Popular Mechanics: Should We Be Afraid of the 3D Printed Gun?

Jessica McLaughlin
Jessica McLaughlin is a graduate of the University of Maryland with a degree in English Literature and Spanish. She works in the publishing industry and recently moved back to the DC area after living in NYC. Contact Jessica at staff@LawStreetMedia.com.
Share:
Related Items3D Printed Food3D Printed Prosthetics3D PrintingFAAFDAFederal Aviation AdministrationFood and Drug AdministrationProstheticsThree Dimension Printing