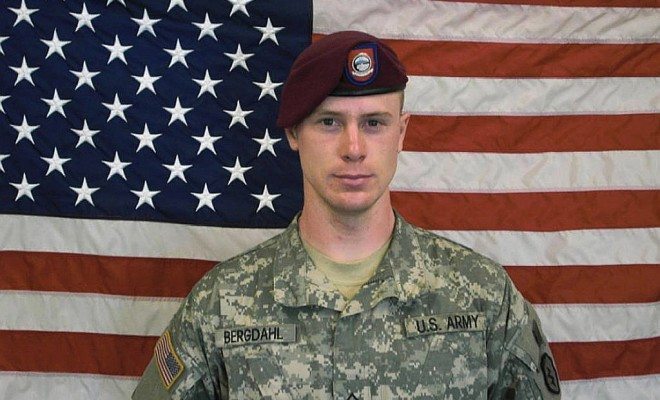 Trading POWs: What Does Bergdahl’s Release Mean for American Diplomacy

In recent weeks, the swap of Bowe Bergdahl in exchange for Taliban leaders has sparked much criticism and mixed reactions towards the United States’ policy on dealing with terrorists. Congressional leaders are upset that they did not receive notification prior to the prisoners’ exchange. Others are fearful that the deal makes the United States appear to negotiate with terrorists. So, what does all of this mean–did President Obama make the right call to bring back Bergdahl? Most importantly, what are the future implications for American diplomacy? Here is everything you need to know on the Bergdahl’s exchange.

Who is Bowe Bergdahl?

Bowe Bergdahl is a soldier in the U.S. Army who was held captive by the Taliban-affiliated Haqqani network in Afghanistan from June 2009 to May 31, 2014. Bergdahl was released to the United States in exchange for five senior Taliban members who were held at Guantanamo Bay. The controversy surrounding Bergdahl’s release has made him one of the highest-profile POWs in decades. The exchange itself can be seen in the Taliban video below:

A celebration in Bergdahl’s hometown of Hailey, Idaho was cancelled due to the controversy and Bergdahl’s family has been receiving threats. Bergdahl is currently recovering in Germany, where he is speaking but still has not contacted his family or anyone in the United States. The focus is currently on Bergdahl’s emotional recovery, but officials are hopeful he will soon be able to shed light on his story.

How and why was Bergdahl captured?

The circumstances surrounding Bergdahl’s capture remain disputed. National Security Advisor Susan Rice claimed on ABC that Bergdahl “served the U.S. with distinction and honor.” However, numerous reports claim Bergdahl to be a deserter who grew increasingly disillusioned with the U.S. effort in Afghanistan. According to first-hand accounts, Bergdahl walked off his post and left behind a note along with his body armor and rifle. An unnamed defense official confirmed that Bergdahl walked off the post without authorization. It is reported that Bergdahl’s desertion led to the death of at least six troops in the search for him, though it is unclear if these deaths were directly related to the search for Bergdahl. According to an essay in the Daily Beast by Nathan Bradley Bethea, a former sergeant in Bergdahl’s battalion, “Every intelligence aircraft available in theater had received new instructions: find Bergdahl.” Troops were concerned Bergdahl may be providing the enemy with information. Bergdahl’s former squad leader, Justin Gerleve, goes so far as to tell CNN that following Bergdahl’s disappearance, “The attacks did get more direct, the IEDs did get more pinpoint to our trucks.” Reports dating to 2009 claim Bergdahl had wandered from his assigned areas before. The U.S. Army, currently investigating the claims made by those who served alongside Bergdahl, has yet to confirm any of these accusations.

What led to his release?

A deal involving Bergdahl’s release had been considered for several years but talks had continually broken down. In January 2014, the White House received an emotional video of Bergdahl whose health appeared deteriorated to the point of near death. The Obama administration stated the new health concerns conveyed the need to move quickly to bring Bergdahl home. While Bergdahl is currently listed in good health and reports of his desertion surface, President Obama has defended the decision in claiming the United States cannot qualify the release of a U.S. soldier. Some have praised Obama for his shown commitment to bring back POWs and for refusing to leave a soldier behind as the war ends. Obama defends his actions in the video below:

Relative secrecy of the deal was required as any information leaked from the deal was a clear threat to Bergdahl’s life by the Haqqani. Later, the administration added to its rationale that Bergdahl’s value to his captors was diminishing as negotiations had previously failed and the end of the war in Afghanistan was quickly approaching.

What were the arguments against his release?

The problem many have with the deal is that the President Obama failed to follow the requirement that the Defense Secretary notify appropriate Congressional committees at least 30 days prior to the transfer of any prisoners at Guantanamo Bay. The National Defense Authorization Act stipulates the 30-day notification, but Obama did write a signing statement in December 2013 concerning the potential unconstitutionality of this Act. The statement outlines Obama’s concern that the Act could limit his ability to act quickly in conducting negotiations regarding detainee transfers, such as the fast action required to swap for Bergdahl. Still, members of Congress want answers for why they were not briefed. Defense Secretary Chuck Hagel is to testify in front of the House Armed Services Committee on the release of Bergdahl. The clip below discusses the alleged illegality of the swap:

Other concerns involve what future threats the five detainees involved in the swap may pose to the United States. Negotiations for the deal were made through Qatar, who promised the United States that the former prisoners would stay in Qatar and be prohibited from participation in terrorist activities for one year. The five released were all in their mid-to-late 40s and were the most senior Taliban leaders still in the hands of the United States. Questions surround what will happen when their one year travel ban in Qatar expires and what, if any, other restrictions are in place. Secretary of State John Kerry discusses the release of the Taliban and future U.S. actions below:

Throughout the War on Terror and especially following the attacks on September 11,  it has been made clear the United States does not negotiate with terrorists. Some argue the prisoner exchange has made the United States appear to negotiate with terrorists, which has fueled fears that more Americans will be captured to be used as a bargaining chip. However, the United States has negotiated in the past to free American hostages, most notably in the 1979 Iranian hostage crisis, in freeing hostages taken by Hezbollah in Lebanon in the 1980s, and even in trading Iraqi militants for the release of British civilian Peter Moore in 2010. It could be argued the country has entered a different era in foreign policy and in dealing with terrorists, but clearly the United States has traded for hostages in previous decades. Listen below  to the discussion of what message is being sent by the swap:

Will this have any impact in Afghanistan?

While negotiations were made through a third party of Qatar, the negotiation process has illustrated that it may be possible for the United States and Taliban to find some small area of mutually beneficial common ground. The Taliban showed good faith in the talks and a degree of trust was established. With this prisoner swap as a potential first step, greater talks in the future may come as the war continues to wind down. Some argue the deal conveys American weakness, as statistics from the Office of the Director of National Intelligence show more that 16 percent of detainees released from Guantanamo Bay have returned to terrorist activity, while 12 percent are suspected of having returned to terrorism. One of the released, Noorullah Noori, has reportedly already told relatives he hopes to return to Afghanistan to fight Americans. But as the War in Afghanistan is soon set to end, the United States will have to release its prisoners at Guantanamo Bay if the prisoners are classified as POWs under international law. If the prisoners are to be released anyway, it makes sense to use them as a tool for negotiation rather than setting them free and coming away empty-handed. The real question becomes what will happen when detainees are set to be released and the United States no longer gets something in return. Could the swap have energized the opposition so closing Guantanamo Bay will become even harder?

Daily Beast: We Lost Soldiers in the Hunt for Bergdahl

Blaze: We’ve Got Bigger Problems: The Broader Implications of the Bergdahl Release

CNN: Bergdahl’s Former Squad Leader: He Did Not Serve with Honor and Distinction

CNN: The Six Soldiers at Center of Bowe Bergdahl Debate

CNN: Was Bergdahl Swap Legal? Depends on Who You Ask

USA Today: Army Says it Will Launch a New Review of Bergdahl Capture

Washington Post: The Timeline You Need to Understand the Bowe Bergdahl Story

Alexandra Stembaugh
Alexandra Stembaugh graduated from the University of Notre Dame studying Economics and English. She plans to go on to law school in the future. Her interests include economic policy, criminal justice, and political dramas. Contact Alexandra at staff@LawStreetMedia.com.
Share:
Related ItemsAfghanisanBarack ObamaBowe BergdahlCongressForeign PolicyGuantanamo BayPrisoners Of WarTalibanUnited States