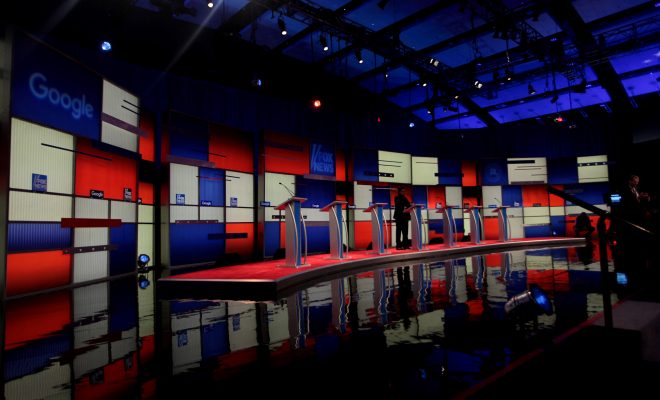 As the election season winds down, most of the attention will turn to the remaining debates. These debates have taken on an important role in the presidential selection process, allowing viewers to see candidates pitch their visions for the country side by side. However, debates did not always play such a major role in elections and are actually a relatively new development. They have also not always had the impact they are perceived to have nowadays, something that could become even more exacerbated by the effects of modern technology.

Read on to find out more about the history of presidential debates in the United States, take a closer look at some of the most significant debates, and see how the process has changed over time with the influx of new technologies.

How the Debates Work

Debate rules, like the candidates themselves, change from election to election, and this year they even change from debate to debate. Nevertheless, 2016’s debates will work off the framework established by the 2012 edition and share some commonalities. Each will be 90 minutes long with no breaks. The moderator will be the sole deciding factor in which questions are asked, whether or not to extend segments, and he or she will be in charge of keeping the discussion appropriate. Some of these rules are new and others have been in place for a while, however, they all compare starkly to the first major U.S. debate way back in 1858.

One of the first high-profile debates between politicians occurred back in 1858, but it wasn’t between presidential candidates. The famous Lincoln-Douglas debates shaped the Senate race in Illinois, but they were quite different from the modern style of debates we see today. These debates only came about because Lincoln had been following Douglas on the campaign trail and asking questions at a number of his stops, which eventually led the two to hold a series of formal debates. These debates were quite long and did not even feature moderators. Following that election, there were no high-profile debates for roughly 90 years, as candidates instead preferred to make individual speeches.

The first year that presidential candidates had a public debate was in 1948 in the Republican primary. The first presidential debate between major party nominees was not for another 12 years, in 1960. The 1948 Republican debate was also the first debate broadcast on radio; 40 to 80 million people listened in. The 1960 debates were the first debates to be broadcast on television. For that first televised debate, approximately one in three Americans watched, or 66.4 million people. There was another long gap between debates following that year, as the next round of presidential debates was not held until 1976. However, from that point on, debates have been held in every election cycle. In 1976, there was a vice presidential debate, a practice that has become a tradition ever since the 1984 cycle.

According to the rating service Nielsen, the highest rated Presidential debate ever was in October 2012 between President Barack Obama and Republican Nominee Mitt Romney, which 46.2 million households watched. In terms of individual viewers, the Carter-Reagan debate of 1980 had the most, with 80.6 million. Since 1987, the debates have been under the direction of the Commission on Presidential Debates, a bipartisan organization tasked with setting the format and rules of each debate.

The following video gives a look at the evolution of debates over time:

Major Debates and Their Impact

Regardless of their medium and audience size, debates have now been taking place in U.S. presidential elections for more than 70 years. In that time there have been some memorable moments, both at the presidential and vice presidential levels. Time has a list of its ten most memorable debates, although there have been many. Often these tend to focus on politicians making embarrassing mistakes that doom their campaign, like Rick Perry in 2012, or on one-liners like the infamous one delivered by Ronald Reagan to Walter Mondale in 1984 about their respective ages.

The video below highlights some of the most memorable moments in presidential debates:

One of the most famous debates was the one between John F. Kennedy and Richard Nixon in the lead up to the 1960 Presidential contest. Coming into the debate, the candidates were locked in a close race, however, physically they were very different as Nixon had been recently hospitalized for an infection. Normally, this would not have played a role, but this was the first televised debate. Thus, for most of the viewers watching on television, the young, healthy looking JFK defeated his opponent, the sickly-looking Richard Nixon. This debate not only signaled the importance of the rise of television–radio listeners generally thought Nixon did better–but it helped usher in the short but iconic Kennedy era. The debate also had an effect on Nixon, who refused to participate in debates the next time he ran for president and again when he ran for reelection.

Do the debates matter?

While there have been memorable debates, some of which we still talk about today, it is fair to ask what impact they actually have on the outcome of elections. Although people involved in politics, such as pundits or political advisors, like to suggest they have a major impact on voters in the same way party conventions can, the numbers do not really bear that out. According to two separate studies done by political scientists–the first by James Stinson and the second by Robert Erikson and Christopher Wlezien–the effects of debates on polls are negligible and often mirror whatever trend was already occurring.

It is not that the debates don’t matter, they just often have a very small effect, if one at all. Even the infamous Kennedy-Nixon debate may have only led to a 3 or 4 point swing, which is within the margin of error in most polls. It is also important to note that these debates do not happen a vacuum, so what might appear as an effect of a debate is often just another symptom of an ongoing issue with a candidate. In addition, the candidates are traditionally similar enough or have prepped long enough so there is no clear winner or the person deemed the winner varied based on the viewer’s political preferences.

What the debates are seemingly most useful for then, is informing voters about a candidate. This is especially true in the first debate when voters may still be learning about the candidates. This is also true for a challenger whom the debates may favor. Indeed, despite the studies mentioned earlier, some groups still contend that debates are very important in deciding the presidency. The Pew Research Center found that in 2008, two-thirds of voters said that the debates would influence their vote.

How the debates have changed

While there are some differing opinions on whether the debates have an impact on voters, one undisputable truth is that technology has influenced the debates. When Douglas and Lincoln had their famous debate they would go from town to town, giving hours-long speeches that would be covered in newspapers. When debates returned in the 20th century, the new medium was radio, which reduced the length and substance of the events. Next was television, which shortened the events even more while adding a visual element.

Unsurprisingly, Presidential debates have continued to change a lot since the first debate aired on television in 1960. The last few election cycles, in particular, have brought about a number of major changes, all involving the use of the internet and social media. In 2008 for example, people were allowed to send in questions through YouTube. In 2012, questions in primary debates started coming via Facebook. This year, the debates will be streamed live on both YouTube and on Twitter, along with the major networks. In addition to watching with social media, users are also able to get real-time feedback on their opinions, both through those sites and on their television screens, which have a line showing who is perceived to be winning the debate as it happens.

The following video looks at the role of technology in today’s debates:

In our current age of instant–and some might say excessive–exposure, debates are the ultimate platform for presidential candidates to prove themselves to the nation or fail in about as public a way as possible. At least that is the perception anyway. However, Presidential debates are relatively young and have changed dramatically throughout the years as technology has evolved. Additionally, their role in determining who inevitably becomes the President may also be overblown. Major studies have shown that debates have little or no impact and serve more to reinforce long-standing beliefs.

But the debates serve as one of the best opportunities for the audience to get to know a candidate before the election and for the candidates to get their message out. Presidential debates have become extremely popular events and intertwine themselves into the pre-election fabric so they are unlikely to go away. Their usefulness, however, is up for, well, debate.

Forbes: 13 Quick Facts About The History Of Presidential Debates In America

Tech Crunch: How Technology Destroyed The Once Substantive Presidential Debate

Michael Sliwinski
Michael Sliwinski (@MoneyMike4289) is a 2011 graduate of Ohio University in Athens with a Bachelor’s in History, as well as a 2014 graduate of the University of Georgia with a Master’s in International Policy. In his free time he enjoys writing, reading, and outdoor activites, particularly basketball. Contact Michael at staff@LawStreetMedia.com.
Share:
Related ItemsCommission on Presidential DebatesdebatesElectionsPoliticsPresidential DebatesPresidential Election