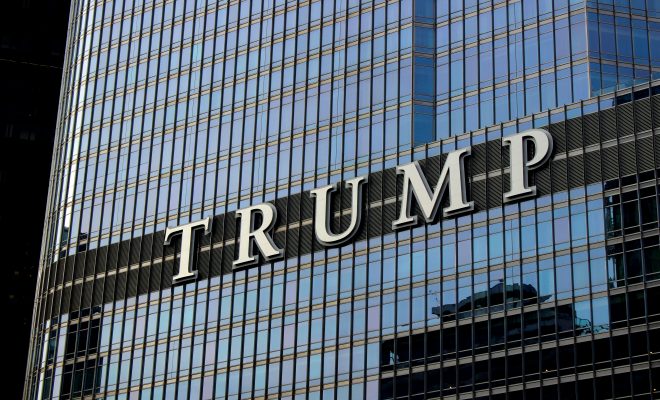 How Could the Emoluments Clause Affect Donald Trump?

There are few things more unsavory than manipulative gifts and bribes, especially when they are received by someone holding a public office. To protect against such foreign meddling and intrusion in American politics, the framers of the Constitution decided to embed language in the document strictly prohibiting such conduct. The Emoluments Clause was established to ensure the new government of America was insulated from corruption.

However, there is increasing concern among politicians and citizens that President-elect Donald Trump, with his vast corporation that has interests all over the world, will violate the Emoluments Clause when he steps into the office. Moreover, the President-elect will be in an extremely unique position; since he has not yet divested himself fully of his business holdings. He’s poised to make a profit as money comes into his privately-held corporation, the Trump Organization. Read on to learn more about the Emoluments Clause and these concerns.

What is the Emoluments Clause?

The framers of the Constitution were deeply afraid of foreign interference in the American political system, particularly after seeing its effects in Europe. Thus, Article I, Section 9, Clause 8 of the Constitution, commonly referred to as the Emoluments Clause, prohibits any person “holding any Office of Profit or Trust” from accepting “any present, Emolument, Office, or Title, of any kind whatever, from any King, Prince, or foreign State.” Additionally, it prohibits the federal government from bestowing titles of nobility. Explicit congressional consent has the ability to validate these particular exchanges, otherwise these payments are strictly prohibited. In 1787, America was still a brand-new government, one highly vulnerable to manipulation by world powers; thus, those who gathered to construct the Constitution wanted to break from the corrupt practices of previous governments.

Generally, America’s Founding Fathers were very cognizant of how private financial interests could potentially sway even the most moral of leaders. Historical evidence has even suggested that some of our Founding Fathers saw the Emoluments Clause as a broad anti-corruption measure. While the basis of the clause was to reject gifts that pertained specifically to diplomacy, it was also deemed a way to reject any corruption or foreign influence.

Emoluments is a broad term, but the construction of it is meant to be as broad as possible. So, an emolument is any transaction between a federal officeholder and a foreign state, in which the benefits are inconsistent with a fair market exchange in an arms-length transaction. There is not a firm consensus in the community regarding the definition of the term, but arguably emoluments could cover ordinary, fair market value transactions that result in economic profit or benefit to the federal officeholder.

There is substantial evidence that a foreign power interfered in the American political system during the 2016 presidential election. According to many on Capitol Hill, the CIA, and the White House, Russia actively attempted to affect the outcome of the 2016 election. This was accomplished via the hacking of the Democratic National Committee and other political arms of the Democratic Party, resulting in the release of thousands of emails.

Strictly prohibiting foreign government presents and emoluments, of any kind, is even more important for national security purposes. Mitigating conflicts of interest with foreign governments is of the utmost importance as America ushers in a new administration in 2017.

President-elect Trump has diverse business interests on a global scale. Even after Trump takes his oath of office on January 20, 2017, he will still continue to receive steady streams of income from a vast array of entities and foreign powers. Trump’s continued interest in the Trump Organization, as well as his stake in hundreds of other entities, make him arguably the most entangled president-elect in conflicts of interest in American history. As one political ethics and compliance lawyer in Washington noted, any sort of business with a foreign corporation, whether it is owned in part or completely controlled by a foreign government, that benefits Trump could be a violation of the Emoluments Clause.

In the domestic arena alone, there are over ten cases challenging Trump’s labor practices that are pending before the National Labor Relations Board, with two vacancies to be filled by Trump himself. Moreover, the Internal Revenue Service auditing Trump will soon pick its new chief. Trump will become both the landlord and tenant of the Trump International Hotel in Washington, D.C., and he is now responsible for picking the new Treasury Secretary while owing several hundred million dollars to banks.

On the global scale, Trump has business holdings all over the world. While many transactions may not involve a bit of impropriety, it is still highly possible that they have the ability to cause blurred lines. Moreover, Trump has consistently declined to make his business dealings transparent, enshrouding the full extent of potential issues with his businesses in secrecy.

The full extent of his businesses, which include real estate, clothing, jewelry, golf courses, and much more, give rise to a variety of ethical considerations. When Ivanka Trump appeared on “60 Minutes” in November 2016, the business took advantage of a potential marketing opportunity by urging reporters to write about the $10,800 gold bangle bracelet she wore during the interview. Furthermore, Trump’s sons and their Texas nonprofit organization came under fire in December 2016 for soliciting million-dollar donations for unnamed “conservation” charities in exchange for access to Trump during inauguration weekend. Eric Trump stopped fundraising for his charity, which raised money for childhood cancer, after the foundation came under scrutiny for posting an online auction for coffee with Ivanka.

There are a lot of questions about how Trump’s businesses will function while he is in office. Currently, all Trump has identified is that he would leave his businesses before inauguration, leaving his children, Don and Eric, to manage them. He has also commented that no new deals will be done during his term(s) in office.

Does the Emoluments Clause Even Apply to the President?

Some scholars contend that the Emoluments Clause does not apply to the President. Many point out that there’s no real case law or precedent as to how courts could interpret the clause. But throughout American history, U.S. presidents have acted as though it does apply to them. There is evidence that at least one president, however, did not follow the Emoluments Clause. President George Washington, during his time in office, received gifts from both the French ambassador to the U.S. as well as the Marquis de Lafayette. Scholars also dispute whether the clause applies to a specific kind of payment, such as a gratuity or a gift, or if all types of payments are subject to the clause. Additionally, there is disagreement over whether the payment must be favorable or any fair market payment.

The Congressional Research Service has also noted that the Emoluments Clause is one of a few ethics statutes that potentially apply to the president. However, the Department of Justice’s Office of Legal Counsel specifically affirmed in 2009–when President Obama accepted the Nobel Peace Prize–that the president holds an “Office of Profit or Trust.” Moreover, the Constitution explicitly refers to the president as holding an “Office.” A record going back even before the OLC and DOJ further shows a litany of government lawyers and previous presidents applying the clause to the presidency.

Trump, as a business man, is navigating in uncharted territory with his position in the Trump Organization. It is unprecedented that payments going to a corporation will eventually materialize as a profit for Trump. Since the business is a privately-held corporation, it is essentially an extension of Trump; conversely, if the Trump Organization were a publicly-held corporation, such questions would likely not arise even if potential conflicts of interest could still exist.

Potential Legislation to Force Trump to Divest His Empire

Some in Washington are extremely concerned about foreign influence and conflicts of interest in American politics because of Trump’s businesses. Senator Elizabeth Warren (D-MA) has promised that she and four other Democratic senators will introduce a bill to implement and enforce the Emoluments Clause in January 2017. Such a bill, if passed, would force Trump to divest himself of his empire, placing his assets in a true blind trust.

A true blind trust would likely mean no involvement in his businesses from any of his family members, Don and Eric included. It would require a completely independent manager, not closely tied to the holder, to run the business. Presidents are certainly held to a higher standard than other Americans. Considering Trump’s platform was to root out corruption in Washington, his critics argue that divesting himself of the Trump Organization may be in the best interest for the country.

Despite these concerns, Trump has demonstrated no real intent to divest himself fully from his business interests once he steps into the White House. If the bill presented by Senator Warren and other supporters is passed, then Trump’s current plans may drastically change. One thing is quite clear: Trump, a billionaire with business holdings all over the globe, may find himself knee-deep in many conflicts of interest. Maintaining a presidency free from bribery, corruption, and self-motivated profits is absolutely critical, just as the Constitutional Convention intended.

Nicole Zub
Nicole is a third-year law student at the University of Kentucky College of Law. She graduated in 2011 from Northeastern University with Bachelor’s in Environmental Science. When she isn’t imbibing copious amounts of caffeine, you can find her with her nose in a book or experimenting in the kitchen. Contact Nicole at Staff@LawStreetMedia.com.
Share:
Related ItemsBriberyDonald TrumpDonald Trump Jr.emolumentsemoluments clauseEric Trumpforeign interferenceIvanka TrumpTrumpTrump Organization