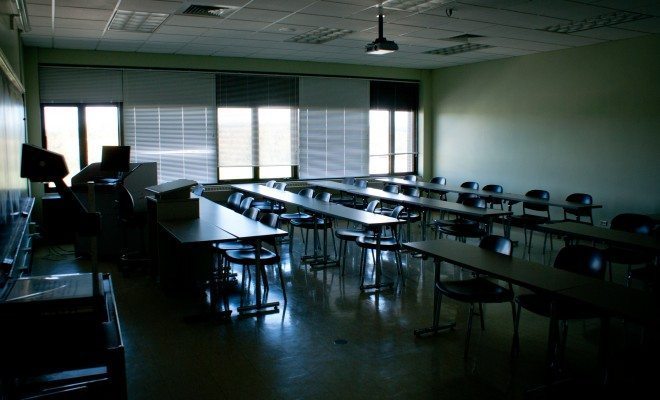 Sireen Hashem: Was her Firing Discriminatory?

Teachers are the key to educating and developing the minds of future generations. They are an invaluable asset to break down barriers, open minds, distill fear and misunderstanding, and to bridge the gaps across cultural, ethnic, racial, and gender disparities. Teachers are sometimes the only individuals within a child’s life, apart from parents or grandparents, that take on a quasi-parental role and are provided with an opportunity to teach children much more than a couple of history lessons. They can greatly influence the lens through which children see the world in adulthood, which can both be excellent and scary all in the same breath. This is especially true during times of great uncertainty–during times of terrorism and fear, teachers’ personal beliefs may end up being at issue as well.

In light of the growing rate of Islamophobia within the United States, the general population has become more aware, more critical, and more concerned with safety, particularly in the context of religious interaction. Accordingly, parents have been more demanding of the schools in which their children spend most of their time and the individuals who assume the roles of caretakers in school settings. Due to the heightened awareness and concern, regardless if justified, a Muslim New Jersey teacher named Sireen Hashem was reportedly fired for showing her class a video about Malala Yousafazi, a young advocate for children’s education worldwide and the youngest person to ever win a Nobel Peace Prize for her advocacy. Read on for a look at the case, including the Muslim teacher who was fired, the circumstances of her employment at Hunterdon Central Regional High School, and her lawsuit under Title VII of the Civil Rights Act of 1964 for discrimination.

On December 14, 2015, Sireen Hashem filed a civil complaint against  Hunterdon County, the Board of Education, Hunterdon Central Regional High School, and four named individuals including the history department’s supervisor–Robert Zywicki, and Principal Suzanne Cooley. Here are the facts her complaint alleges:

Sireen Hashem, a Muslim American of Palestinian descent, had joined the Hunterdon Central Regional High School’s history department in September 2013. No stranger to criticism, Hashem has shared that she had experienced several complaints regarding her lesson plans, which she alleges were no different than and followed the same curriculum as her fellow history coworkers. Furthermore, the video about Malala that Hashem showed to her class, subsequent her own screening to make sure it fell in line with her lesson for the day, was suggested by her non-Arab, non-Muslim, and non-Palestinian coworker, Lindsay Wagner, who had shown the exact same video in her class on the same day. Yet Hashem alleges she was the only teacher to suffer any reprimand.

According to her lawyers, many of the complaints against Hashem do not revolve around the lessons taught to her own classroom, but rather pertain to her assistance and help provided to other teachers. Hashem had been asked by a coworker to translate an interview of a Palestinian subject. She had also been asked to take part in a discussion about “The Lemon Tree” and assist in translating a Skype conversation that the students were able to have with a Palestinian character featured in the book, with which she complied. Parents were allegedly unhappy about Hashem’s participation in the Skype conversation.

Further, Hashem was allegedly criticized for her essay question asking students to “compare the actions of John Brown at Harper’s Ferry to the actions of Osama bin Laden on September 11, 2001”–a document-based question used by a number of teachers across the United States. Despite her desire to help her coworkers to bridge gaps and build understanding across cultural, ethnic, and religious norms by engaging discussion around current events and educating her students to minimize misunderstanding, Hashem’s actions were allegedly interpreted to have political overtones and misrepresented agendas. As such, Hashem claims that she was subject to a heightened level of discrimination by the school relative to her coworkers and became the target for egregious public posts on a student Facebook wall stating that Hashem’s brother was a terrorist, that she was anti-Israel, and that she threatened students who had different opinions and views.

According to her complaint, eleven days after showing her class the Malala video, Hashem was called into her supervisor’s office who told her that because of her religion, national origin, and background, she was not allowed to teach current events in the same ways that her coworkers did. She says that was further told that she “she should not mention Islam or the Middle East in her class” and that she was not to “bring her culture, life experience or background into the classroom” by the principal.

Hashem received a written notice on April 21, 2015 that her contract with the school would not be renewed. Subsequently, she was informed of the reasons and provided an opportunity to speak in front of the Board of Education for review. She appeared in front of the board on June 15, 2015, with approximately 60 students present to show support for Hashem, however they were not allowed to enter the deliberations and only five could speak on her behalf. Deliberations were held behind closed doors. On June 17, 2015, Hashem received notice that her employment and contract would be terminated on June 30, 2015. Approximately one month later, two Federal Bureau of Investigation (FBI) agents appeared at Hashem’s home because of an alleged threat she had made to the Board during her meeting for review.

Hunterdon County District has rejected all accusations made by Hashem as “brazenly false” and “frivolous.” It went on to explain that Hashem’s contract was simply not renewed and that the reasons for the non-renewal were explained to her, asserting that those reasons had nothing to do with religion or national origin as Hashem claims. The district expressed that “the board and the administration respect and embrace the diversity of the district’s employee and student population, and value the relationships it enjoys amongst persons of all faiths.” No further details have been provided by the district or any of the other defendants named as of yet.

The Complaint and Its Legalities

The complaint filed on behalf of Hashem is the first legal step to starting the lawsuit against Hunterdon Central Regional High School and the others named in the suit. The nature of action in the complaint filed is for employment discrimination, disparate treatment, and disparate impact under Title VII of the Civil Rights Act of 1964 as well as the New Jersey Law Against Discrimination.

Under Title VII of the Civil Rights Act of 1964, an employer is prohibited from failing or refusing “to hire or to discharge any individual, or otherwise to discriminate against any individual with respect to his compensation, terms, conditions, or privileges of employment, because of such individual’s race, color, religion, sex, or national origin.” Accordingly, the employer cannot engage in practices that treat individuals differently based on protected classes that include one’s race, color, religion, sex, or national origin. Such practices are classified as disparate treatment, are against the law, and can serve as the basis of a Title VII lawsuit. In order to prove disparate treatment, the employee must show that he or she was treated differently by his or her employer on the basis of the protected characteristics mentioned above. However, an employer can explain, but is not required to prove, that there is a legitimate, non-discriminatory reason for the treatment to which the employee must show that the employer’s reasoning is a pretext for discrimination, or a false reason that hides the true intentions of the employer.

Additionally, discriminatory consequences of employment practices are also considered in a Title VII legal analysis under disparate treatment, which allows the court to look beyond the isolated treatment of the individual and dive into employment practices that appear to be facially neutral (not discriminatory as a policy or on their face), but in practice subject a certain protected class to discrimination. Essentially, an employee must prove that a neutral policy or practice of an employer has a disproportionate effect on a protected group, which can sometimes be difficult as the courts do not have a specific threshold test or analysis but rather assess each situation on a case-by-case basis. However, if an employee is able to show adverse and discriminatory affects on a protected class, then the employer has to prove that its policies and conduct were justified as a business necessity.

The New Jersey Law Against Discrimination provides for a greater amount of protected characteristics including “race, creed, color, national origin, ancestry, age, marital status, familial status, sex or sexual orientation, atypical cellular or blood trait, generic information, or service in the armed forces.” Further, employers are not allowed to discriminate on the basis of handicap, unless such a handicap would prohibit the employee from carrying out the essential functions of the job. Under New Jersey law, an individual is likely to have a successful claim if they are able to show that 1) they are in a protected class, 2) they were working up to the expectations of their employer, 3) they suffered adverse job action such as suspension or termination, and 4) they were replaced by an individual not in the protected class of the employee or that the adverse employment action was directly related to the employee’s protected status.

Hashem’s complaint outlined additional causes for her action including conspiracy to discriminate, deprivation of rights under the First and Fourteenth Amendments, unlawful discharge with malice, and defamation per se.

While the lawsuit is still in its beginning stages, supporters of Hashem suggest that in disallowing her to teach students the same curriculum and in the same manner as her non-Arab, non-Muslim, and non-Palestinian coworkers, she was discriminated against on the basis of her race, religion, and national origin pursuant to federal law. Further, her attorneys allege that she has been treated less favorably than her colleagues, particularly pertaining to the discriminatory nature of what she was and was not allowed to teach her students.

The complaint filed on behalf of Hashem and her recollection of Hunterdon’s restrictions suggest that all of the prohibited lessons centered around current events, books, and influential people had a connection to Islam. Hashem claims that she taught in compliance and accordance to the school’s curriculum and the criticism she endured was often because of her assistance to other teachers for her specific skill set. Hashem’s supporters highlight that she was trying to help other teachers and provide insight and understanding that other teachers did not have, which is precisely why they came to her and asked for her help; that she was trying to bridge educational and cultural gaps while hoping for a more compassionate and understanding future generation.

Ironically, in trying to join the common cause to advocate for children’s education and showing Malala’s video, Sireen Hashem was allegedly fired for her educational implementation on the basis of race, national origin, and religion. We will have to wait and see how the lawsuit unravels and what is in store for Sireen Hashem pursuant to Title VII and the New Jersey Law Against Discrimination.

The Huffington Post: Mother Upset Over School Assignment About Islam

The Huffington Post: New Jersey Teacher Says She Was Fired After Showing a Video of Malala

Ajla Glavasevic
Ajla Glavasevic is a first-generation Bosnian full of spunk, sass, and humor. She graduated from SUNY Buffalo with a Bachelor of Science in Finance and received her J.D. from the University of Cincinnati College of Law. Ajla is currently a licensed attorney in Pennsylvania and when she isn’t lawyering and writing, the former Team USA Women’s Bobsled athlete (2014-2015 National Team) likes to stay active and travel. Contact Ajla at Staff@LawStreetMedia.com.
Share:
Related ItemsEmployment DiscriminationHunterdon Central Regional High SchoolIslamMalala YousafaziMuslimNational OriginNew JerseyRaceReligious Intolerance