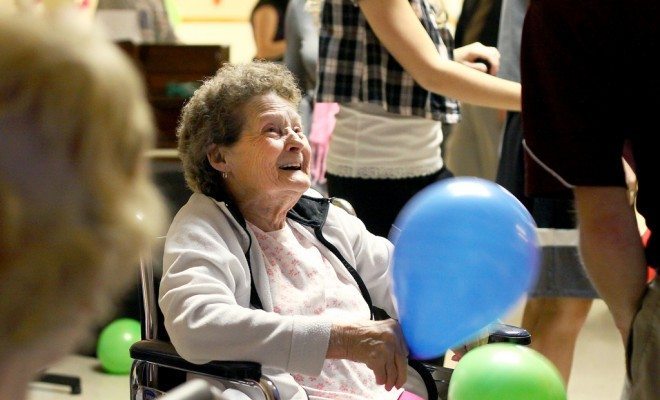 Long-term healthcare institutions for the elderly are now more common than ever in America. There are thousands of nursing homes and residential-care facilities dispersed across the country. As a society, we rely on and trust these establishments to medically treat and handle with care our aging loved ones. Even though these places are instrumental to our healthcare system, nursing home regulations haven’t been widely updated in more than 30 years. That is until this month. The Obama Administration has set out to reform the rules required of nursing homes to qualify for Medicare and Medicaid. As they stand today, the rules aren’t up to speed with the innovative scientific advances and administration of health care. There are also alarming reports of abuse and neglect inside the system. But with promising new laws on the horizon, nursing home healthcare may be getting a makeover.

History of Nursing Homes in the United States

The normalization of nursing homes is a relatively recent development. Demographic and political shifts have created a standard use of these facilities. For many years, elderly citizens turned to almshouses, charitable housing for the sick, impoverished, inebriated, mentally ill, and homeless. The elderly lived in almshouses for a variety of reasons including poverty, disability, sickness, and/or separation from families. The Industrial Revolution started to bring more people into the cities and spread families apart. Many singles no longer had extended families to rely on for support.

At the turn of the nineteenth century, women’s and religious groups started to create specific housing for the elderly. Boston’s Home for Aged Women was created in 1850. Institutions like this generally required substantial entrance fees and certificates of good character. They were a marked upgrade and alternative to the almshouses. Many of these women were widowed or single, and had lived their lived as upstanding citizens. These requirements limited shelter to a small population; the impoverished still mostly resided in almshouses.

As time continued, almshouses started to exclusively aid the elderly. Younger people were removed and sent to specific-needs organizations like orphanages, hospitals, or insane asylums. In 1880, 33 percent of almshouse residents were elderly. By 1923, that number soared to 67 percent.

The almshouses were not places of luxury, but rather were found in extremely poor conditions. In 1992, Abraham Epstein, advocating for pensions, wrote that the almshouse “stands as a threatening symbol of the deepest humiliation and degradation before all wage-earners after the prime of life.” The enactment of the 1935 Social Security Act was in large a movement to remove almshouses altogether; however, elderly residents weren’t solely there due to poverty. Others required daily nursing and medical attention. The money received through pensions was often used to gain access to independent facilities that could provide medical care; however, conditions were not necessarily improved.

In 1955, the Medical Facilities Survey and Construction Act allowed federal support to those in public facilities. Both private and public nursing home residents received federal support. In 1965, Medicare and Medicaid was established, furthering the growth of nursing home facilities. Between 1960 and 1976, nursing homes grew by 140 percent, with 79 percent still private institutions. Through investigations conducted through the 1970s, it was concluded that the conditions were still subpar and not far enough removed from the stigma of historic almshouses.

The 1970s saw the first real regulations for nursing homes. The Office of Nursing Homes Affairs was established in 1971 and authorized to administer nursing home standards. Social Security reforms in 1972 “established a single set of requirements for facilities supported by Medicare and for skilled-nursing homes that received Medicaid.” A plethora of amendments to older acts were enacted as well.

By 2000, nursing home care became a $100 billion industry. Although the standard of care has dramatically increased since the days of the almshouse, it is time for a new round of regulations. The video below, created by the Common Wealth Fund, joins in the effort to improve nursing home quality care.

There are five, main long-term healthcare services: home health agencies, nursing homes, hospices, residential care communities, and adult day service centers. Approximately 8,357,100 people receive support from these services annually. Nursing homes alone account for 1,383, 700  people in the group, and 63 percent of those are age 65 and older. In 2000, 15 million people required long-term care. Due to Baby Boomers, that number is projected to rise to 27 million in 2050.

For those that reach the age of 65, 69 percent will acquire a disability before they die. And 35 percent will enter a nursing home at some point. One in every eight people over the age of 85 resides in an institution.

A 2013 report estimates that between $210 and $306 billion is spent on long-term care per year. Most pay a majority out of pocket for assisted living, while Medicaid pays a majority for long-term nursing care and Medicaid pays for a majority of hospice care and short-term skilled nursing facilities. Almost one-fifth of the elderly community will pay more than $25,000 in out-of-pocket costs before they die. And in 2012, 14.8 percent of those over 65 were reported below the poverty line. This is even more significant as the private-pay prices for a private or semiprivate room in a nursing home grew by four percent in 2002. It grew another 4.5 percent in 2012. Lastly, Medicaid spent $83.8 billion on long-term care services in 2003, amounting to approximately one third of all Medicaid expenditures.

There are a host of reasons why the Obama Administration has decided to tackle nursing home care regulations. First and foremost, current regulations don’t consider the advances in science and health care for the elderly. As previously stated, long-term care regulations haven’t been updated in nearly 30 years–consolidated Medicare and Medicaid requirements for long-term care facilities were set in 1989, and haven’t been updated since 1991. Science has seen invaluable progress since then. New proposals are also significant in light of reports over the last decade finding varying degrees of neglect and abuse among nursing care facilities. At the core of it all, current regulations aren’t up to par.

The proposal bans facilities from hiring any personnel with a record of abuse and/or neglect, and develops policies that target abuse and/or neglect. Nurses would be trained in preventing elder abuse. Although there isn’t an assigned patient-to-nurse ratio, facilities will have to report staffing levels to Medicare officials for review. Low staffing is a common reason stated by those in the field why patients with dementia are given inappropriate and potentially dangerous antipsychotic drugs. The regulations would also limit the amount of antibiotic and antipsychotic drugs administered, toughen infection control, and reduce hospital readmissions.

It also suggests a baseline care program: a comprehensive plan for each resident created within 48 hours of a patient’s arrival. In addition, a nurse aide, a member of the food and nutrition services staff, and a social worker would be added to those involved in the development of the care plan. The proposal also covers “electronic health records and measures to better ensure that patients or their families are involved in care planning and in the discharge process.”

There are a number of revisions directed toward the personal happiness of the residents. The proposal includes open visitation (similar to hospital regulations) and the ability for residents to choose roommates as these facilities often double as homes. It also mandates the availability of “suitable and nourishing alternative meals and snacks” for residents who would like to eat outside the scheduled meal times. These types of policies create a more comfortable and home-like atmosphere.

A major concern in the long-term care community is enforcement. Toby Edelman, a senior policy attorney at the Center for Medicare Advocacy, states that “the biggest problem is that the rules we have now are not enforced. We have a very weak and timid enforcement system that does everything it can to cajole facilities into compliance instead of imposing penalties for noncompliance.” The proposed rules should allow violations to be more easily detected.

As the proposal states, “many of the revisions are aimed at aligning requirements with current clinical practice standards to improve resident safety along with the quality and effectiveness of care and services delivered to residents.” This is a way to ensure that every facility across the nation is legally required to provide equal quality of care to every patient. It is alarming that a comprehensive update to modernize the nursing home care system hasn’t been done in so many years. Residents want to feel safe and happy in their environment, and their families want to feel that their aging elders are healthy and receiving the best care possible.

Jessica McLaughlin
Jessica McLaughlin is a graduate of the University of Maryland with a degree in English Literature and Spanish. She works in the publishing industry and recently moved back to the DC area after living in NYC. Contact Jessica at staff@LawStreetMedia.com.
Share:
Related ItemsBarack ObamaHealth CareMedicaidMedicareNursing HomeObama Administration