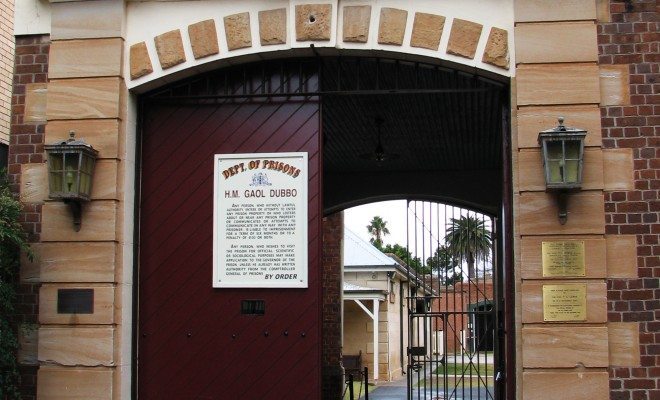 What A Massive Prisoner Release Means for the Criminal Justice System

In the span of four days–between October 30 and November 2–federal prisons around the country released 6,000 nonviolent prisoners. This marked the largest single prisoner release in the history of the United States. The decision was the result of the government’s growing desire to address the overcrowding within the prison system. An additional 40,000 convicts could also be released in the coming months as new, more lenient sentencing rules can be retroactively applied to them as well. Read on to see what led to the recent release and how it compares to similar releases in the past. Now that the government is starting to deal with an issue that has been building for decades, what will a continued response look like and how will the prison system change in the future?

While the recent release of so many prisoners all at once has drawn a variety of reactions, including warnings of increased crime, this is not the first time that a large number of prisoners has been released. In 2011, the Supreme Court ordered the state of California to release 30,000 inmates due to overcrowding in the state’s prison system.

On top of this are the prisoners that are also released over the course of a year as well–the federal government releases up to 55,000 prisoners each year. However, this is only a small portion of the inmates set free, as many as 10,000 are set free each week.

The recent release was a long time in the making. The final decision came about following the advice of the U.S. Sentencing Commission. The commission lowered maximum sentences for people convicted of drug-related offenses. The change could then be applied retroactively, meaning if a prisoner was already convicted and serving a sentence they could apply for early release. Ultimately, the decision was up to federal judges who reviewed eligible cases and determined whether the person in question would be a threat if released back into society.

Like the process, the release itself was not as straightforward as it may seem either. Of the 6,000 inmates, approximately a third were undocumented immigrants. This group will not be released into the public, but will instead be detained by Immigration and Customs Enforcement, which will begin deportation proceedings. Additionally, many of those who were released were already on parole or in half-way houses. On average, those being released already served nine years of their sentences and were only being released around 18 months earlier than expected. The video below details the recent release:

One of the major reasons for releasing these prisoners is that the prison population is simply too big for the system to manage effectively. There are 698 prisoners for every 100,000 people in the United States, the second highest rate in the world. A 2014 estimate from the Prison Policy Initiative suggests that there are as many as 2.4 million people in U.S. prisons on any given day, including 1.36 million in state prisons. Perhaps most troubling are the findings of a Department of Justice report, which shows that there are nearly 71,000 children in residential placement facilities in February 2010.

While simply having a massive number of prisoners does not necessarily mean that the existing prisons are overcrowded, when you look at the concentration of these prisoners it becomes clear that overcrowding is clearly an issue for many states. In fact, California’s mass prison release in 2011 was due specifically to over-crowding.  There were so many prisoners that inmates were being packed into gymnasiums. The situation became so bad that the Supreme Court forced the prisoner release because it was literally a health crisis. California is not an isolated case. While it may be the most extreme example, as of 2014, 17 states had prison populations far above the capacity of their facilities. While overcrowding recently caused states to reconsider their justice systems, it also led to the rise of controversial for-profit private prisons.

Overcrowding is largely a product of the United States’ historically severe sentencing rules. The idea of being “tough on crime” swept the nation in the 1980s. Tough on crime policies continued through the 1990s and early 2000s and only now is the trend starting to reverse itself. The severity of these laws varied from state to state. California had some of the toughest policies, enacting a three strikes law in 1994 that created mandatory punishments for repeat offenders. In 2012, California voters passed Proposition 36, which amended the state’s constitution to limit the use of its three-strikes law.

These sentences are known as mandatory minimums. As the name suggests, these policies lead to mandatory sentences of a minimum length for particular crimes, removing much of the discretion that judges have in the sentencing process. According to Families Against Mandatory Minimums (FAMM), “Most mandatory minimum sentences apply to drug offenses, but Congress has enacted them for other crimes, including certain gun, pornography, and economic offenses.” A U.S. Sentencing Commission report found that 14.5 percent of all offenders in 2010 were subject to mandatory minimum penalties–a total of 10,605 prisoners.

While there are some who fear that releasing so many prisoners, especially at the same time, will lead to a surge in crime, the numbers suggest otherwise. In the California mass release, only auto thefts increased after 30,000 of the state’s inmates were released. Furthermore, a Stanford University study, which involved 1,600 prisoners released when California changed its three strikes law, found a remarkably low recidivism rate. Prisoners released after the three-strikes law changed had a recidivism rate of just 1.3 percent compared to 30 percent for regularly released inmates.

Not all laws are created equally–perhaps the most infamous is the differing penalties for crack cocaine offenses compared to the one for cocaine in its powder form. Originally, the sentencing ratio was 100:1–with those sentenced for crack-related offenses facing much longer prison sentences. While that was reduced to 18:1 with the Fair Sentencing Act in 2010, a disparity remains. The troubling part of this issue is that most people arrested for crack-related offenses were black while most of those who were arrested for cocaine possession were white–reinforcing the racial imbalance in American prisons.

Another major issue is the question of what former prisoners will do once they get out. A notable concern is recidivism–when a prisoner returns to prison for another crime after his or her initial release. This worry seems warranted in light of a 2005 study by conducted by the Bureau of Justice Statistics (BJS)–57 percent were re-imprisoned after one year, 68 percent by year three, and 77 percent by year five.

It should be noted that the way the Bureau of Justice Statistics records its numbers may not be the best way to understand recidivism. In a recent study, researchers found that recidivism is actually much lower than what is reported. Rates found in the BJS studies likely overrepresent people who are re-arrested after being released from prison.  However, even if these new findings are taken into account, which emphasize that certain offenders have a higher risk of recidivism, the issue remains a notable problem for American prisons.

Moreover, for those who do avoid re-offending, life can be difficult once they leave prison. While there are certainly a number of programs and organizations in place, it is still hard for someone with a criminal record to find a job. In a 2008 study from the Urban Institute, only 45 percent of ex-cons had jobs eight months after leaving prison. The following video discusses what happens to prisoners if and when they can make it out of prison:

The recent release of so many prisoners has reignited old fears that the reintroduction of prisoners into society will lead to a wave of crime. However, the evidence from past releases calls this line of thinking into question. Too many people, especially those of color, face long prison sentences, putting significant strain on American prisons. The current system is also costing the United States an estimated $39 billion each year.

To effectively reduce the size of the American prison population, changes beyond releasing prisoners need to be made. While recent sentencing reform, which led to this prisoner release, is an important step toward reducing the American prison population, it will not solve the issue. In addition to reducing the number of prisoners, policymakers will also have to deal with helping inmates readjust to society when they are released.

NPR: What You Should Know About the Federal Inmate Release

FAMM: What are Mandatory Minimums?

Business Insider: Getting a Job after prison

Washington Post: Prisons in These 17 States are Over Capacity

Slate: Why do so Many Prisoners End up Back in Prison? A New Study Says Maybe They Don’t

Michael Sliwinski
Michael Sliwinski (@MoneyMike4289) is a 2011 graduate of Ohio University in Athens with a Bachelor’s in History, as well as a 2014 graduate of the University of Georgia with a Master’s in International Policy. In his free time he enjoys writing, reading, and outdoor activites, particularly basketball. Contact Michael at staff@LawStreetMedia.com.
Share:
Related ItemsCriminal JusticeFederal PrisonersJustice DepartmentPrisonPrison ReformSentencingSentencing Reform