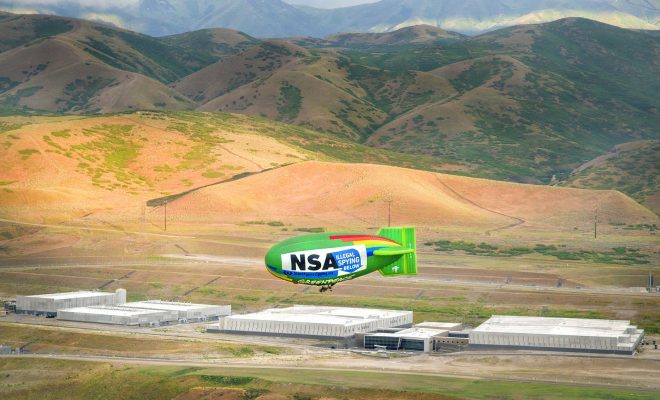 Eighteen Months After Snowden Leak, What’s Next for PRISM?

In June 2013, Edward Snowden changed the course of American history when he released thousands of classified documents to the media. He has since fled the country, and remains on the run. His choice to disclose those documents fundamentally altered the perceptions that Americans have about the ways in which the government monitors them. It sparked national conversations about the role that the Patriot Act and other legislation have played in our national security landscape. A year and a half after these revelations, the United States is still collectively reeling from the information that Snowden provided. And a year and a half later, it’s easy to wonder where all of that info is today.

What exactly did Snowden leak?

Leaked by Edward Snowden, PRISM is the code name for a data-mining program operated by the National Security Agency (NSA) since 2007. It accesses user audio and video chats, photographs, e-mails, documents, and connection logs from nine internet companies: Microsoft, Yahoo, Google, Apple, Facebook, Skype, YouTube, AOL, and Paltalk. Government officials involved with the program claim that PRISM is only used to focus on foreign communications that are potentially dangerous to the security of the United States. Foreign communication often flows through American servers even when sent from one overseas location to another overseas location; however, experts who analyzed the most recently leaked slides of the operation claim that PRISM guidelines require NSA analysts to be only 51 percent confident to reasonably believe that a potential “target” is a foreigner. A 51 percent confidence level can leave ample room for Americans to inadvertently become targets of this operation.

PRISM is still in operation, although there are pending legal cases against the Obama Administration over it. Since the first disclosure of information by Edward Snowden, more revelations have come to light that show very specific targeting. In addition, PRISM, has raised criticism from our international allies. President Obama has, in many cases, had to go on the defensive, and explain that PRISM is intended for legitimate intelligence collection, not Big-Brother style spying.

Prism – Everything you need to know. [Infographic]

What is the argument against PRISM?

Opponents of the PRISM program claim that it is unconstitutional under the Fourth Amendment of the Constitution.

The right of the people to be secure in their persons, houses, papers, and effects, against unreasonable searches and seizures, shall not be violated, and no warrants shall issue, but upon probable cause, supported by oath or affirmation, and particularly describing the place to be searched, and the persons or things to be seized.

They argue  that the collection and surveillance of data by the NSA is too broad and “akin to snatching every American’s address book.” Yahoo initially fought the order to participate in PRISM in 2008. It argued that even if PRISM’s main goal is to focus on foreign communication, the incidental collection and gathering of American data is unconstitutional because such surveillance violates the “warrant clause” and “unreasonable searches clause” of the Fourth Amendment. Yahoo lost the case.

What is the argument in favor of PRISM?

Proponents of the PRISM program claim that cases in which the goal is to gain foreign intelligence are exempt from being subject to the Fourth Amendment’s “warrant” and “unreasonable searches” clauses. For the warrant clause, the Supreme Court has recognized a general “special needs” exception in cases like Vernonia School District v. Acton, where insisting upon a warrant would interfere with the accomplishment of that purpose. Proponents argue that there is a high degree of probability that requiring a warrant would hinder the NSA’s ability to collect time-sensitive information, and therefore would impede national security interests.

For the unreasonable searches clause, the Foreign Intelligence Surveillance Act (FISA) Court, in Yahoo’s case, held that PRISM’s operations were not unreasonable in light of the extremely important goal of national security. It found that PRISM’s procedures for targeting, minimization, and ensuring existence of a surveillance purpose to obtain foreign intelligence information serve to mitigate potential abuse of this power and risk of error to a reasonable level. Proponents also point to United States v. Miller to argue that people have no Fourth Amendment rights after they have already divulged their personal information to third parties, such as the internet companies participating in PRISM.

PRISM’s depth and extensiveness were a huge revelation for the American public after the secret documents were leaked by Edward Snowden. It raises a few important questions, first and foremost: is it constitutional? That will have to be decided by the courts, but it also raised interesting questions about the tradeoff between privacy and protection. As our technological abilities continue to increase, it will be fascinating to see the steps that this administration and any future administrations take to stem or expand PRISM.

Huffington Post: America’s Take on the Fourth Amendment and the NSA

Concurring Opinions: Does the Fourth Amendment Regulate the NSA’s Analysis of Call Records? The FISC Might Have Ruled it Does

The Peoples’ View: A Crash Course in the NSA and the Fourth Amendment

Reason: Why the NSA’s Snooping Supposedly Complies With the Fourth Amendment

Brennan Center for Justice: Are They Allowed to Do That? A Breakdown of Selected Government Surveillance Programs

Cato Institute: NSA Spying, NSA Lying, and Where the Fourth Amendment Is Going