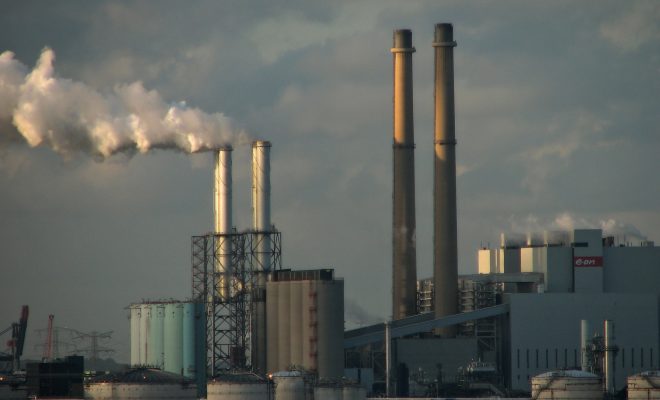 ZNA: Could your ZIP Code at Birth Predict Your Health?

There are many ways to explore and analyze public health. Oftentimes, scientists use a person’s DNA as a method to unlock underlying causes of diseases. However, the best health predictor may not be lying in genetic code, but in one’s ZIP code.

The connection between ZIP codes and human health has long been of interest to researchers desiring to find the best treatment and prevention strategies for some of our deadliest diseases. Land use laws and zoning regulations have transformed some communities and neighborhoods into dumping grounds for industrial plants or undesirable toxic waste. The long-lasting effects of housing segregation and envornmental racism have also had a disparate impact on minorities, reflected in subpar living conditions. Now, some scientists are attempting to explore the importance of ZIP codes as they relate to disease prevention.

Dr. Francis Collins, Director of the National Institute of Health, recently noted that our ZIP code at birth is our “ZNA,” “the blueprint for our behavioral and psychosocial make-up.” The air we breathe and the water we drink has just as much of an impact on human health as our genetic code, if not more so. While genetics can inform and shape our health, so too do three other factors: social determinants, community social environments, and physical environments.

Social determinants of health are aspects like income and inequality. Community social environments include crime rates or the particular affluence of a neighborhood. Physical environment means the walkability of a neighborhood or if industrial plants are located near one’s housing. All of these factors overlap each other, influencing one’s health in both direct and indirect manners–some of which may be invisible. Research has indicated that these determinants and influences may have a more powerful impact on health than individual biological differences do.

There are a variety of ways that living in a particular community can affect one’s health. For example, the physical condition of a home can have a profound impact on residents’ health. Building codes in one neighborhood may be more dangerous than in a more affluent one. Disparities in health outcomes across communities are often demonstrated by lead poisoning and asthma. Older homes may have mold or cockroaches, which could also exacerbate underlying health issues.

Land use characteristics, such as residential density, employment opportunities, and walking trails or open spaces, can promote activity and foster a healthy living environment. Zoning also plays a critical role in determining public health. As noted by the Center for Disease Control (CDC), zoning can be instrumental in promoting healthy eating habits and physical activity. Zoning can be utilized to reduce the density of fast food restaurants in a community, incentivize farming in urban areas, and even restrict fast food spots from developing within a specified distance of schools. Additionally, requiring sidewalks, promoting parks and recreation, and widening access to public transportation all play vital roles in increasing physical activity through zoning measures.

The growth of geographic information science (GIS) and the availability of electronic health records (EHR) now allow for scientists to analyze socioeconomic and environmental factors better than ever before. Health geography has long been an area of medical research that uses geographic techniques to study the impacts of one’s surroundings on their health.

One of the earliest studies employing maps to study dieases was in London, by Dr. John Snow, regarded as one of the fathers of epidemiology. To study the location of cholera outbreaks and deaths in the 1850’s, Dr. Snow used hand-drawn maps showing the location of cholera deaths and then superimposed those with maps of the public water supplies. This allowed him to uncover a cluster of deaths near a particular water pump. His research eventually became an area of study known as disease diffusion mapping, which refers to the spread of disease from a central source, spreading according to environmental patterns and conditions.

GIS utilizes digital software and data sets, along with spatial data, to map multiple aspects of a community. By using and manipulating this geospatial data, researchers are able to thoroughly study the relationship between health, illness, and place. Additionally, EHR can allow scientists to link collected data about the environment with patient medical records. The combination of these powerful tools lends itself well to a broader picture of the interrelationship between ZIP codes, housing conditions and patterns, and human health.

“Not In My Backyard” and Environmental Racism

When development is proposed for a particular community, the most powerful voices can be heard helping to shape the course of the project. “Not In My Backyard” or NIMBY, is a characterization of residents who concede that while a particular project may need to be completed, it should be further away from their community. Projects that could be opposed are practically limitless: any type of housing development, homeless shelters, adult entertainment clubs, and any type of hazardous plants or waste repositories, to simply name a few.

The people who have the power to shape zoning and land use laws in an area tend to be the wealthiest citizens, and usually are white. Thus, more dangerous or undesirable projects are pushed into communities without the bargaining power required to stop them. This type of thinking inevitability promotes environmental racism, utilizing segregated, low-income, minority neighborhoods as the dumping ground for toxic byproducts. This discrimination in land use and zoning policy, particularly fueled by “NIMBY” mindsets, is resulting in increasing health disparities.

What Has Research Uncovered?

Studies have documented that while genetics are an important predictor of health, these other factors have a more powerful impact on health than biology. Income and educational attainment are at least as strongly associated with hypoglycemia in patients with diabetes as particular clinical risk factors. Moreover, those living in areas with less resources for physical activity or healthy food choices have a much higher chance of being diagnosed with type 2 diabetes.

There are dramatic differences in life expectancy rates depending on where one was born in the U.S. In places in the Northeast, populations have a higher life expectancy, while places in the South have the lowest life expectancy rates. These inequalities in mortality rates are intimately tied to housing instability and crowded or subpar housing conditions. In a study of 12,000 New York City households, asthma was more prevalent in Puerto Rican households, immediately followed by other Latino and black households. Moreover, rates of asthma are twice as high in children under the age of 13 in the South Bronx, North/Central Brooklyn, and East/Central Harlem–the three neighborhoods with the highest rates of poverty, morbidity, and mortality in the city.

Additionally, another study utilizing four nationally representative studies noted that worsening economic standing was associated with poor healthcare access, a lack of health insurance, and far higher hospitalization rates. Research has also found that estimated cancer risks associated with ambient air toxics were highest in metropolitan tracts that were highly segregated, and that residential segregation is associated with elevated risks of adult and infant mortality.

The American Housing Survey (AHS) is sponsored by the Department of Housing and Urban Development (HUD) and is considered to be the most comprehensive national housing survey in the U.S. It takes a large representative longitudinal sample of houses on both the state and national level. The most recent survey was completed in 2013, and the results are telling. Data shows that 9.2 percent of non-Latino black homes and 7.2 percent of Latino homes have moderate or severe physical problems, compared with only 3.2 percent of non-Latino White homes.  These numbers are staggering, illustrating a serious issue across the country.

Health-related disparities due to housing can be eliminated if proper measures are taken. For example, childhood blood lead levels have improved by 90 percent since the 1970’s, after effective measures were implemented. Housing conditions continue to be among the greatest determinants of human health, as a large list of highly preventable diseases are intimately tied to poor housing.

National research and multiple academic reports have continued to affirm that housing access and conditions are among the largest determinants of health, both physical and environmental. There are still numerous roadblocks preventing this issue from being rectified. Significant challenges remain when it comes to legislating and securing meaningful public policies that prevent exposure to physical and environmental hazards, whether it be minimizing indoor pollutants or building high-quality low-income housing. Pervasive housing segregation remains embedded in neighborhoods and cities across the country, adding another layer of difficulty. With the proper focus, combating some of America’s most problematic diseases could be more effective than any other previous attempts.

Nicole Zub
Nicole is a third-year law student at the University of Kentucky College of Law. She graduated in 2011 from Northeastern University with Bachelor’s in Environmental Science. When she isn’t imbibing copious amounts of caffeine, you can find her with her nose in a book or experimenting in the kitchen. Contact Nicole at Staff@LawStreetMedia.com.
Share:
Related ItemsDNAenvironmental healthEnvironmental Justicegenetic codehealth predictorsHousinghousing patternshousing segregationhuman healthPublic HealthSegregationzip codeZNA