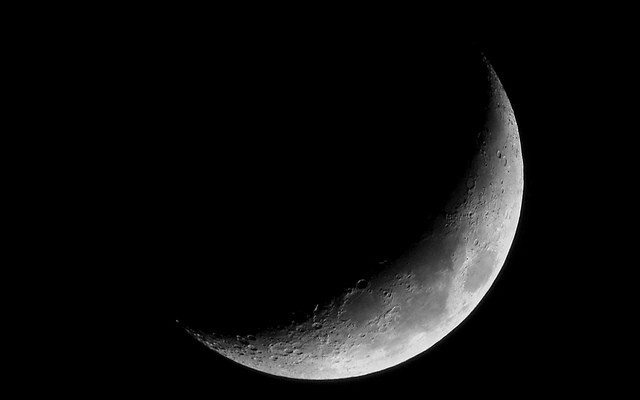 Who Owns the Moon? Space Property Rights Are Nearing

On July 20, 1969, man set foot on the moon for the first time in what Neil Armstrong famously called “one small step for a man, one giant leap for mankind.” After these first dusty steps, people pondered what giant leaps might be next, dreaming about lunar colonies, outer space tourism, and most recently, space mining.

Read More: Thanks to New Discovery Your Seat on Mars One is Looking Good

Recent unmanned moon expeditions detected a bounty of 1.6 billion tons of water ice and other rare earth elements (REE) lingering beneath the moon’s surface. Combine this enticing bounty with speedily developing technologies that make space travel more accessible and you’ve got a budding space mining industry. Space exploration technology has become infinitely cheaper, better, and smaller than it was back in 1969, pushing what was once only possible for national governments into the hands of private companies gearing up to tap into outer space resources

But one little hitch might hold them back. The only acknowledged international regulation on space travel, the Outer Space Treaty of 1967, left space property rights ambiguous. Companies and nations seem free to embark on all manner of expeditions, but the treaty doesn’t mention if they legally own any resources they pick up on the way. With hefty investments behind their ventures, space-faring companies demand assurance that they’ll be able to profit from the resources they might collect.

Will an old agreement keep businesses from capturing the teeming resources space has to offer?

Lunar mining? Piece of cake. Tapping into outer space resources has officially graduated from being a remote possibility to a reality. Already many commercial companies are wooing investors and toiling over in-depth plans, all gearing up to get a piece of the space pie.

Despite dazzling technology and high hopes, unclear space property laws pose major risks for commercial companies. Space travel costs have decreased relative to 1960s costs, but it’s still not cheap. Certainly not cheap enough that companies will launch rockets without solid assurance that they’ll own whatever resources they find on their missions. As you can see, these companies listed above, as well as many others, are ready to go. Let’s see what’s holding them back.

The Outer Space Treaty of 1967

The Outer Space Treaty of 1967 stands as the only cooperative international agreement governing space travel. The treaty clearly forbids countries from declaring sovereignty over celestial bodies in Article II:

Outer space, including the Moon and other celestial bodies, is not subject to national appropriation by claim of sovereignty, by means of use or occupation, or by any other means.

Mining isn’t specifically mentioned, but then again mining the moon was an outlandish possibility in 1967. The provision stood to bar nations from lassoing the moon, so to speak. Now as we look to extract resources from these common areas, many desire explicit, legal guarantees that they may do so–both for financial reassurance and to avoid conflict with other nations and companies wrestling over the same resources. Established property rights would provide the certainty necessary to encourage cultivating outer space for abundant natural resources.

One company, Bigelow Aerospace, pushes adamantly for clarification on real property rights in space. In an internal report issued to NASA, Robert Bigelow, founder and president of the company, summarizes its desires well:

Without property rights, any plan to engage the private sector in long-term beyond LEO activities will ultimately fail. Companies and their financial backers must know that they will be able to enjoy the fruits of their labor relative to activities conducted on the Moon or other celestial bodies, and own the property that they have surveyed, developed, and are realistically able to utilize.

Who bears the burden of deciding the fate of Bigelow Aerospace and other hopeful companies? Article 6 of the Outer Space Treaty of 1967 specifies that governments bear responsibility for the activities of their nation and subjects in outer space, including the decision to authorize activities. Many U.S. government entities have a say in space happenings, but it’s the Federal Aviation Administration’s Office of Commercial Space Transportation (FAA-AST) and its advisory committee, the U.S. Commercial Space Transportation Advisory Committee (COMSTAC), that bears the burden of responding to recent requests to clarify commercial space laws.

During the most recent FAA-AST meeting in September 2014, Ken Hodgkins, Director of the Office of Space and Advanced Technology, acknowledged the number of private companies planning commercial ventures and how their activities question the legal frameworks around space exploration. He stressed balancing investment incentives with U.S. foreign policy obligations. Hodgkins stated concerns about proposed commercial activity falling in line with the Outer Space Treaty and encouraged further dialogue between private companies and U.S. agencies. He does not believe attempts at changing the treaty would result in faster resolution of the questions and assured meeting attendees that they are working with foreign nations to discuss the provisions in question.

Very few cases have tested the limits of the Outer Space Treaty, so its enforceable interpretations remain unclear. However, a few incidents might influence the direction of space property rights decisions.

In one space property court case, Nemitz v. United States, a San Francisco district court ruled against a man’s claim of ownership on the asteroid 433, also known as Eros. Nemitz had filed a claim of ownership on the asteroid through a now-unpublished online database known as the Archimedes Institute. When NASA landed on his asteroid in 2001, Nemitz attempted to charge them parking fees. When they rejected him, he took his claim to court, where judges also dismissed his claim, stating that his assertion of ownership had no ground in law.

In a more powerful non-court precedent, moon materials from the Apollo landings in the 1960s have already been traded and sold. NASA traded lunar samples with the Soviet Union in exchange for their samples from robotic moon missions. Private individuals in Russia have even sold samples. These transactions imply outerspace materials can be owned, traded, and sold, giving hope to mining hopefuls.

A more in-depth summary is not yet available, but you can be certain the measure will tackle legal barriers barring exploration of space resources. The bill now stands with the House Committee on Science, Space, and Technology.

Where no man has gone before…

As we speak, dreams of space colonies, moon mining, and even landing on Mars come closer to reality. This pulls legal questions and concerns to the surface, but only because we plan to go where no man has gone before. Establishing procedures will take time, cooperation, and patience, but it will be worth it to tackle our final frontier.

Institute of Physics: Mining the Moon Becomes a Serious Prospect

Washington Post: Looking for an Exotic Vacation? Here’s Why Moon Travel May Be Only 20 Years Away

Ashley Bell
Ashley Bell communicates about health and wellness every day as a non-profit Program Manager. She has a Bachelor’s degree in Business and Economics from the College of William and Mary, and loves to investigate what changes in healthy policy and research might mean for the future. Contact Ashley at staff@LawStreetMedia.com.
Share:
Related ItemsCongressFAAFederal Aviation AssociationMoonNASAOuter Space Treaty Of 1967RegulationSpaceSpace IndustrySpace Mining