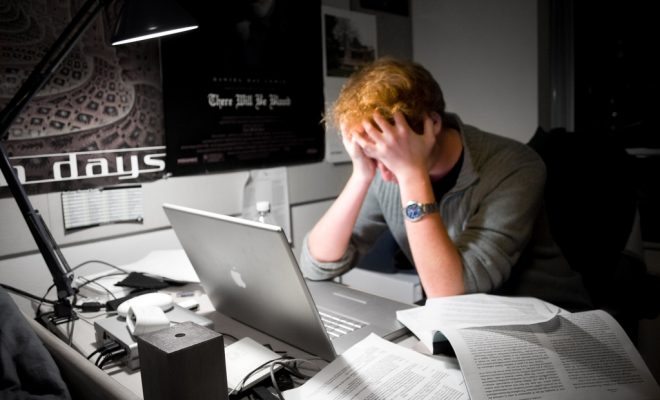 Is Too Much Focus Making You Less Creative?

Some problems have tormentingly evasive solutions. You think if you spend just five more minutes on it, everything will become clear. Five minutes turns into an hour. An hour after that, you’re brewing a fresh pot of coffee in a frenzy. You’re just drowsy. Once you’ve pumped yourself full of caffeine, you’ll wipe this sucker out in an hour tops.

The next morning you wake up feeling numb. You stayed up five hours past your bedtime and made little progress. What went wrong? We’re trained to think that if we keep our nose to the grind, stick with it, and push through our hard work will bloom into satisfying insight. But the truth is, focusing too hard for too long may be chasing away the insight you need to solve that niggling little problem.

What if I said you might be better off taking a warm shower instead of sucking down more caffeine? Or that too much focus might be making you less creative?

ADHD and the Creative Connection

If you don’t believe that NOT focusing might actually be a good thing, what studies have shown about creativity and people with ADHD might surprise you.

ADHD, or Attention Deficit Hyperactivity Disorder, affects how the brain receives and processes information and how a person behaves as a result. The underlying causes haven’t been confirmed, but differences in the brain’s left prefrontal cortex and motor cortex have been proposed as possibilities. Symptoms of ADHD vary from person to person but many of the most typical qualities are inattentiveness, fidgeting, and impulsiveness.

While it is considered a disorder, studies have pointed to certain benefits that are associated with ADHD, one of which is creative thinking.

White and Shah found that people with ADHD are good at coming up with more divergent and creative solutions to problems than people without ADHD. People with ADHD out-performed their “normal” counterparts in certain tests, especially the Alternative Uses Task. In this task, subjects are asked to brainstorm alternative uses for mundane household items like paperclips. People with ADHD were able to come up with more (and more original) uses for the items.The researchers concluded that unrestrained brain function was a key driver of creative thought in those with ADHD. Why not use a brick as a “toilet submarine”? In other words, people with ADHD practiced more relaxed thinking, and came up with unique ideas.

Intrigued by their findings, the same researchers revisited the subject a few years later. In addition to administering controlled tests, they investigated the real-world creativity of their subjects by measuring creative achievements. People with ADHD had achieved more and earned more creative awards than those without it. They also found people with ADHD gravitated toward creating novel solutions to problems rather than working toward developing extant ideas.

Other researchers have tackled this subject to come up with more compelling links between ADHD and creativity:

Why is there a connection between relaxed focus and creative thought? It’s about letting go. “Over-focusers” get bogged down in minutiae and end up fixating on the wrong things. Relaxed people are able to make the broad, big-picture connections that too many extraneous details tend to hamper.

What “Aha” Moments Tell Us

Joydeep Bhattacharya, a psychologist at Goldsmith’s in London, sought to answer why interrupting focus might actually be a good thing. He used an EEG (electroencephalogram) test to detect electrical activity in the brain as it solved verbal puzzles. In an EEG, metal disks called electrodes are attached to your scalp to detect the electrical impulses flashing through your brain. (You’ve probably seen this in at least one science fiction movie.) The EEG records the impulses in a series of lines that doctors and scientists are miraculously able to decode.

The test revealed that our brains know a lot more than we’re consciously aware of. A flurry of activity in the right frontal cortex indicated precognition of a solution eight seconds before subjects indicated they had solved the problem. This only happened when the subjects were about to solve the problem through insight. The other subjects were given hints and proceeded to solve the problems analytically. An eight-second lag in awareness of insight? Maybe that’s where that “tip of the tongue” feeling comes from.

Other studies aimed to dissect exactly how these subconscious insights occur. Dr. Kounios and Mark Jung-Beeman at Northwestern University also turned to the EEG and fMRI to eavesdrop on brain activity.

Increased neural activity in the posterior cortex of those who solved problems analytically lead the researchers to believe that these subjects prepared for problem solving by directing attention outward–toward the next problem. On the other hand, the brain activity of those who solved the problems through insight did so through internal retrieval of solutions. In problems solved by insight, outward sensory awareness was dulled. It appeared as though the brain was barricading itself from distractions that might disrupt the treasured insight.

In the video below, Dr. John Kounios refers to this concept as “insight” vs “outsight.”

How does creativity work?

To figure out WHY certain people might naturally solve problems by insight vs analytical methods, Kounios turned back to the trusty old EEG to study people’s brain waves as they sat comfortably without knowledge of an upcoming test. After recording their resting-state brain activity, the subjects were given a problem.

The researchers predicted that people who solved more problems by insight would display:

They were correct and not altogether surprised. A body of research pointed them to these predictions in the first place. In 1962, Mednick proposed that creativity stemmed from remote associations between ideas. In 2003, Ansburg & Hill found that the most creative people deploy their focus in a diffuse way. In 2005, Jung-Beeman connected loose association processing to the right hemisphere. The left hemisphere was found to process tight association.

Loose association and diffuse thinking are time and time again linked with creativity.

A relaxed brain is a creative brain…but why?

In the studies above, insights often came along with a  stirring of alpha waves in the right hemisphere of the brain. Alpha waves are just a type of brainwave. At the root of all our thoughts, emotions, and behaviors is the communication between neurons in our brains. Brainwaves are produced when neurons communicate through synchronized electrical pulses. Alpha waves are often associated with relaxing activities like warm showers. They are also key to making insights. Research has shown that if there is a lack of alpha wave activities, subjects won’t get any closer to solving a given problem–even when they are provided with ample hints.

In contrast,  an actively focused brain is directed outward toward extraneous details of the problem at hand. This is great for tedious problems that require an analytical touch, but it spoils the possibility for connections that lead to creativity and insight.

What is all this talk of the right hemisphere?

It’s a myth that people exhibit dominance on one side of their brains or the other. While different hemispheres are associated with different types of thought processing, it’s not true that creative people only use their right brains. Everyone uses both.

The myth stems back to Roger W. Sperry who split the brain by cutting the corpus callosum in an effort to study the effects of epilepsy. In doing this, seizures were reduced, but other curious consequences arose that caused Sperry to think about the functions of the different brain hemispheres.

His “split brain experiments” revealed that the different brain hemispheres carried out different functions. Without the ability for the hemispheres to communicate with each other, he could tell what function each of them served in isolation. For example, the left brain specializes in detecting sounds that form words and understanding syntax, but it doesn’t control the whole language process. The right hemisphere is needed to determine the emotional undertones of the language and produce rhythms that promote melody and emphasis.

The hemispheres don’t operate independently. Recent research shows the best performance occurs when the two sides work together via uninhibited communication through the corpus callosum. That means everyone–from painters to accountants–has to use their whole brain.

Drugs that increase focus could also decrease insight and the likelihood of epiphanies. Adderall and Ritalin are stimulants that shift attention away from right hemisphere are steer people away from broad insights and toward minute details.

Can you mentally control your focus levels? Beeman and Kounios did tests on a Zen Buddhist that suggest you can. At first the Buddhist was failing the tests miserably, diligently focusing on the possible solutions. When he realized that focus was against him, he was able to control his mind so acutely from his meditation training that he could deliberately not focus. He began solving problems with ease, his meditation creating just the alpha waves he needed for insight.

So what unbelievable truths about your brain have we uncovered?

Remember those points the next time you need an excuse to take a walk or warm shower before hitting the books.

Sage: The Aha! Moment: The Cognitive Neuroscience of Insight

Healthline: The Benefits of ADHD

Scientific American: What is the Function of the Various Brainwaves?

Ashley Bell
Ashley Bell communicates about health and wellness every day as a non-profit Program Manager. She has a Bachelor’s degree in Business and Economics from the College of William and Mary, and loves to investigate what changes in healthy policy and research might mean for the future. Contact Ashley at staff@LawStreetMedia.com.
Share:
Related ItemsADHDBrain ScienceConcentrationCreativityFocusIntuitionLeft BrainMeditationRight Brain