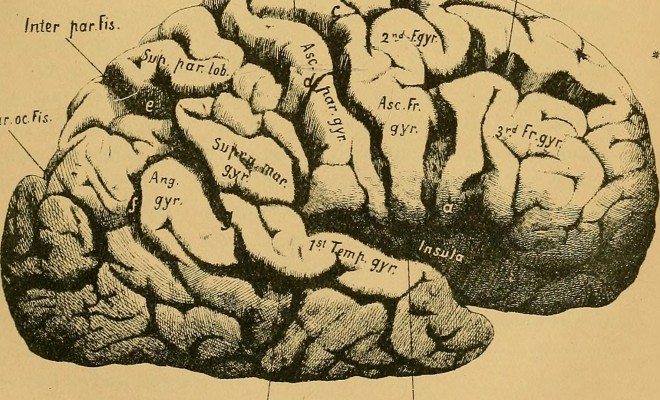 What Brain Science Tells Us About the Insanity Defense

That’s what makes the insanity defense such a controversial topic.

Mental illnesses are real and often incapacitating, but how can you definitively prove they exist in courtroom arguments?

Below we’ll dig into why the brain is so mysterious, what this mystery means for the insanity defense, and what scientific steps we’re taking to de-mystify our own brains.

Our brain and its team of 100 billion neurons puppet our every move, thought, and action. It’s truly a wondrous biological mechanism, allowing us to solve a number of puzzles–except the puzzle that the brain itself presents. It’s one of anatomy’s cruelest jokes. Our body’s own mechanism for logic doesn’t quite understand itself. Yet.

After years of research and remarkable breakthroughs, many aspects of the brain and mind remain tauntingly elusive. This is not an insult to scientists, but more of a testament to the brain’s enormous complexity.

Time out…the brain AND the mind?

The physiology of the brain refers to those biological functions it performs. Neurons using electrical impulses to communicate with other cells is a biological function. Some illnesses, like psychosis, can be traced to physiological malfunctions that result from things like brain tumors.

Dr. Allan Reiss discusses the physiological aspects of mental illness in the video below, as well as his ambitions for pinpointing the specific diseases instead of symptoms.

Psychology, on the other hand, refers to the more nebulous mind. While scientists do believe the mind is influenced and even dependent on the physiological functions of the brain, it’s difficult to make a direct connection. Many individuals exhibit symptoms of behavioral disorders that can be linked only to the mind and have no known physiological causes. In these cases, psychological diagnoses usually rely on observations and questions about a person’s feelings, moods, actions, and behaviors.

This will be important later, when we’re talking about hard evidence in insanity pleas.

The mind is associated with will power and “the self.” It’s hard to accept that complex mechanisms in our brains might drive the show instead of us.

The brain is unfathomably complex. It contains billions of neurons whose interactions determine your body’s functioning by communicating through a series of electrical signals. Everything we do relies on how neurons communicate with one another. Disruptions in this communication because of abnormal functioning of brain circuits may be an underlying cause of mental illness. If connections between certain messaging pathways in the brain are disrupted, the way it processes information might also be disrupted and abnormal perception, moods, or behaviors can result.

In summary, mental illness happens when the brain cannot effectively coordinate the billions of cells it controls.

This lack of certainty creates a convoluted intersection for mental health and criminal law. The insanity defense exists to make sure no one is imprisoned who didn’t truly understand the consequences of their actions due to mental illness. If mental illness did impair their sense of consequence and right and wrong, they may be declared not guilty by reason of insanity (NGRI). People found NGRI do not walk free–many are committed to mental institutions for at least as long as their criminal sentence would be.

For an insanity plea to hold weight, the defense must prove that the criminal’s mental condition directly influenced their actions at the time of the crime and inhibited their ability to appreciate that their actions were wrong.

Disorders with the most potent insanity defenses are those with physiological evidence that the condition caused an altered perception of reality or impaired ability to control behavior. For example, an X-ray clearly depicting a brain tumor that might have caused hallucinations is stronger evidence than a patchy history of emotional disturbances. If there is trauma, injury, tumors, or physical elements like epilepsy, the case will hold more weight than just a mere history of psychological episodes.

According to Richard McNally, PhD, a clinical psychologist at Harvard University:

“Certain disorders such as schizophrenia, bipolar disorder and autism fit the biological model in a very clear-cut sense.”

If you have biological indicators from dissections and imaging scans, you have more evidence that connects a disorder with a behavior.

Which disorders have the necessary elements?

While we don’t know the absolute and irrefutable causes of many mental illnesses, we do have evidence that some are more rooted in biology than others.

Voluntary intoxication doesn’t cut it.  Neither do pedophilia or pyromania, which are considered strictly antisocial personality disorders and are linked to thoughts, emotions, and behaviors and not dysfunctions of the brain.

People with psychosis have a skewed sense of reality. They are plagued by delusions and hallucinations that can severely impact their behavior. People with severe depression, bipolar disorder, and schizophrenia often suffer from psychosis. It has many possible causes rooted in biology including tumors, cysts, dementia, and stroke.

Those suffering from severe depression experience constant feelings of sadness or apathy. It affects how they feel, think, and react to many aspects of life. In some cases, like postpartum depression, victims can suffer from delusions and hallucinations. Chemical imbalances, changes in genes, and traumatic events are all possible causes.

Mania or bipolar disorder is associated with abnormally elevated moods that can lead to unpredictable behavior and impaired judgement. The severity of the disorder is determined by how fervent and incapacitating the abnormal moods are. Scientists haven’t discovered a single cause for bipolar disorder, but they’ve found compelling evidence that genetics and brain structure might play a role.

People with anxiety disorders suffer from anxiety that exceeds normal functional levels. They are unable to control it and it subsequently controls them. Post traumatic stress disorder is a type of anxiety disorder. While it’s triggered by an environmental trauma, some say genetics might play a major role in susceptibility.

Andrea Yates was suffering from postpartum psychosis when she murdered her children by drowning them. She was convicted at first, but her long, undeniable history of mental illness, attempted suicides, and extensive medical records led to a reversed decision that she was not guilty by reason of insanity.

There isn’t a test for detecting mental illness as finite as a blood test or an X-ray, but scientists are working on it. The idea is to prove that the mind and brain are one and the same and that all mental processes are brain processes. The brain is a biological organ so mental illness must have a testable, biological component and explanation. This would provide that solid link and evidence that forensic psychologists everywhere would cheer for.

Thomas R. Insel, MD, director of the National Institute of Mental Health, doesn’t think mental illnesses should be treated any differently from other chronic illnesses. He says,

“The only difference here is that the organ of interest is the brain instead of the heart or pancreas. But the same basic principles apply.”

Insel argues that EKGs and CT images allow us to explore the heart in ways unthinkable 100 years ago, and that similar breakthroughs could be coming down the pike for the brain. Advancements are already being made in neuroimaging that enable studies of brain structure and function. Positron emission tomography (PET), single-photon emission computer tomography (SPECT), and functional magnetic resonance imaging (fMRI) get us as close as we can possibly get to peering into the brain. Using this imaging, scientists have been able to make possible connections between brain pathways and mental disorders. They’ve also uncovered the functioning of previously mysterious brain regions.

The video below shows how scientists are also making waves in understanding how brain circuits might lead to mental illness.

Every advancement in detecting biological clues for mental illness would provide more evidence and substantial links for criminal cases involving people who are mentally ill.

With every advancement we make in solving the brain’s mysteries, another piece of the billion-square Rubik’s cube clicks into place. Earlier, I called the brain one of anatomy’s cruelest jokes because it doesn’t quite understand itself. But just like a real Rubik’s cube, even seemingly unsolvable puzzles can be cracked. Just because we don’t understand all of the intricate workings of our brains now, doesn’t mean we won’t ever. If any entity in the world is able to figure out the human brain, it’s the wondrous human brain itself.

APA: The Roots of Mental Illness

APA: Assessing the Evidence of a Link Between Mental Illness and Violent

WebMD: The Brain and Mental Illness

Ashley Bell
Ashley Bell communicates about health and wellness every day as a non-profit Program Manager. She has a Bachelor’s degree in Business and Economics from the College of William and Mary, and loves to investigate what changes in healthy policy and research might mean for the future. Contact Ashley at staff@LawStreetMedia.com.
Share:
Related ItemsBrainBrain ScienceCriminal LawInsanity DefenseInsanity PleaMental Illness