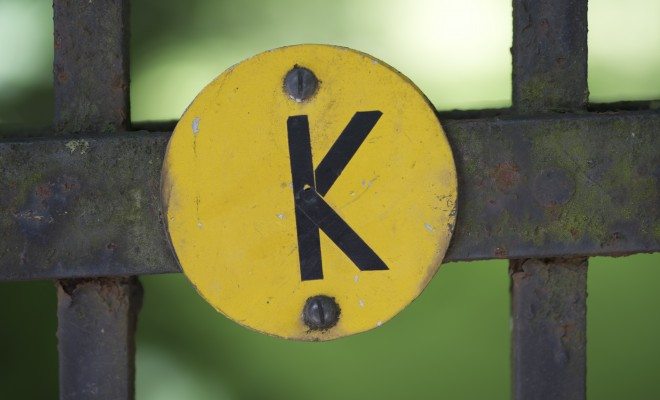 Special K: “The Next Big Thing” in Psychiatry?

An estimated 15.7 million adults in the United States experienced at least one major depressive episode in 2014. Rates of depression have been on the rise in the United States for some time, causing some researchers to refer to it as an “epidemic.” The cause for this increase is unknown but some speculate that depression may be another “disease of modernity,” like obesity.

As with obesity, depression and the related condition of loneliness, are often linked to lifestyle. Modern life can isolate us from other human beings, causing loneliness and contributing to depression. Loneliness is more than just a negative feeling. It can have very real effects on a person’s health. Medical conditions like heart disease, cancer, and Alzheimer’s disease are all made worse by loneliness. Even our immune systems are weakened when we are lonely.

Depression is also more than just a negative feeling. Everyone has, at some point, felt depressed. Many people experience what is commonly referred to as “situational depression,” which does not rise to the level of a mood disorder. The death of a loved one or a job loss can trigger an episode of depression. This is the type of depression most of us are familiar with and while therapy helps situational depression, drugs are typically not part of the treatment. However, for people suffering from depression that rises to the level of a depressive disorder, a kind of “chemical depression” where the person’s brain chemistry is misaligned in some way, drugs can be an important part of treatment.

Modern psychiatry has made amazing developments in the treatment of mental illness with drug therapy. Just a short time ago, a patient whose depression was resistant to treatment through therapy and medication had the option to try electroconvulsive therapy or ECT. (Some patients were forcibly electroshocked without their consent, which is a whole other ball of wax). ECT is incredibly controversial and not for the faint of heart. Today there may be a new solution for patients who find that their depression does not respond to therapy or FDA-approved drug treatments.

This new solution is not quite as controversial as ECT but there are concerns about the use of this drug to treat depression. How worried should we be about introducing ketamine as a treatment for depression?

Ketamine is commonly used in veterinary medicine to tranquilize or euthanize animals and it is even used to tranquilize humans as well, typically for surgical procedures. It is also sometimes used as a date-rape drug and is probably best known by its nickname: “Special K.” Ketamine a psychedelic drug like LSD or mushrooms, which can cause hallucinations in addition to general euphoria. It’s typically found at raves and parties, but it does have several medical applications. While its medical use comes with few side effects, ketamine abuse can lead to amnesia, incontinence, and death. Unsurprisingly, it is also highly addictive.

Even so, medical professionals are impressed with ketamine and its potential to be a nearly miraculous treatment for depression. In the video below, Dr. Sanjay Matthew, an expert on depression and professor at the Baylor College of Medicine, explains the emerging research on ketamine as a treatment. What makes ketamine such an exciting new option is the speed with which it delivers results. Most depression drugs take weeks or months to start working for patients. The wait time to see if the medication will even be effective is not just an inconvenience, as many people who need treatment are at a high risk for suicide; a two to three-month wait for relief could be fatal.

As Dr. Matthew explains, ketamine works in hours, not weeks. For some patients, it could literally be life-saving. There is, however, a risk to the use of ketamine as a treatment. Like all medicines, there are potential side effects. In ketamine’s case, the main danger is the likelihood of addiction. That potential certainly does exist, much like opioid pain-killers have dramatically increased the number of people addicted to pain medication, often spurring them to try heroin as well.

How Does it Work?

Ketamine works differently than traditional anti-depressant medications and would be most helpful for patients who have “treatment-resistant” depression. As many as 40 percent of depressed patients don’t get symptom relief from traditional anti-depressants. Most traditional anti-depressants work by creating new synapses in the brain’s serotonin reception system, which is why that treatment can take several weeks to be effective. By contrast, ketamine treatment fosters the creation of enzymes required to stimulate connections between existing synapses, which may be why the results with ketamine are so immediate. While 40 percent of depression cases can be resistant to treatment, in ketamine trials 70 percent of people with resistant depression improved dramatically with its use. The National Institute of Mental Health sponsored randomized trials for both depression and bipolar disorder that have found significant benefits from the use of ketamine.

This story from NPR highlights some of the concerns surrounding the use of ketamine, including the fact that it is not currently FDA-approved to treat depression. Ketamine has been used as an anesthetic since the Vietnam War, but it can also cause hallucinations and lead to addiction. It was made a Schedule III substance in 1999, putting it on par with LSD in the eyes of the law. This is why many companies are seeking to create drugs that are similar to ketamine in their effect on depression but without the high. Both a nasal spray and a pill are being explored by two different companies as potential treatment options. These drugs are all still currently in the clinical trial phase, so it could be years before any of them are approved for depression treatment.

Using an unapproved drug when other treatments have failed is grounds for asking questions, but it isn’t necessarily too dangerous for us to feel comfortable with. Even if the drug is highly addictive, it is still being administered by a physician–the dose is highly controlled. And it is being used to treat a population of people, severely depressed and suicidal patients, who are more likely to be self-medicating with drugs and alcohol if they aren’t otherwise helped. Versions of ketamine, either in new sprays or pills as well as its current use intravenously, have been used successfully for years in various medical settings. And while ketamine can be addictive and dangerous, the cost-benefit analysis on ketamine has already been done in other medical situations.

Part of the problem with the use of ketamine is not necessarily its addictive potential or the possible medical complications, but that it spans two different medical categories and doesn’t really “fit” into either space. Doctor Carlos Zarate Jr., the chief of neurobiology at the National Institute of Mental Health, explains that ketamine is typically administered by an anesthesiologist, who isn’t qualified to determine if a patient should be taking it. But a psychiatrist, who could tell if the patient is a candidate for the drug or not–for example, a bipolar person on the verge of a manic episode–isn’t necessarily willing to administer the actual treatment. A specialty clinic or research trial would have both hands on deck–a psychiatrist to manage the psychological aspects of treatment and an anesthesiologist to handle the medical aspects and potential complications.

Ketamine already has an established track record in the medical community as a drug that can be used to stop physical suffering. It is actually the go-to drug in emergency rooms for children with serious pain. Ketamine can cause hallucinations and an “altered” sense of reality, even at the low doses that are used to treat adults with depression. But most of the negative consequences, such as hallucinations and addictive behavior, come from the drug being used in much higher doses and not under doctor supervision. The risk is still there but it has already been proven to be a risk that doctors are willing to take in other medical situations.

The problem with ketamine is much like the problem with opioid painkiller abuse. The opioid epidemic comes not from having and using opioids, when they are needed, but from not treating opioids in a way that acknowledges how dangerous they can be. It was caused by patients, doctors and drug companies that advertised, falsely, that the likelihood of addiction is low, pushing painkillers as the wave of the future. (If you’re interested in the institutional contribution to the rise of the opioid epidemic take some time to watch Frontline’s “Chasing Heroin”). But the lessons to be learned from the opioid epidemic are not to avoid new drugs that have addictive potential. Almost all powerful drugs have the potential for addiction and most medications have potential side effects. It’s a cautionary tale that speaks to the need to monitor treatment and remove financial incentives for over-prescribing and over-promoting new wonder drugs. We should approach the use of ketamine carefully, but not deny its potential usefulness because it can be abused.

Ketamine is not a miracle cure for depression. But, according to Dennis Hartman, who participated in a research trial for the drug treatment with the National Institute of Mental Health, it saved his life and allowed him to manage his depression the way one would manage any other chronic illness. In 2012, he helped found the Ketamine Advocacy Network, which advocates for the drug to be used as a treatment for depression. When you visit the website it starts a tracker which will count how many suicides have occurred, pharmaceutical sales have been generated, and how much economic loss has resulted from depression. If you check out the site, you will likely be surprised by how fast those numbers climb.

Sometimes the “next big thing” is a hoax or a Pandora’s Box with consequences we do not foresee–just as we did not have the foresight to anticipate the rampant abuse that would result from an effort to relieve pain with the development of opioid painkillers. But sometimes the “next big thing” in medicine is something like penicillin. If every time Alexander Fleming came across a moldy cantaloupe he threw it out, the world would be a very different (and far less populated) place.

The Washington Post: A One Time Party Drug Is Helping People With Deep Depression

The National Center For Biotechnology Information: Depression as a Disease of Modernity: Explanations For Increasing Prevalence

PBS: The Real Story Behind The World’s First Antibiotic

Mary Kate Leahy
Mary Kate Leahy (@marykate_leahy) has a J.D. from William and Mary and a Bachelor’s in Political Science from Manhattanville College. She is also a proud graduate of Woodlands Academy of the Sacred Heart. She enjoys spending her time with her kuvasz, Finn, and tackling a never-ending list of projects. Contact Mary Kate at staff@LawStreetMedia.com
Share:
Related ItemsDepressionKetamineMedicineMental HealthMental IllnessNIMH