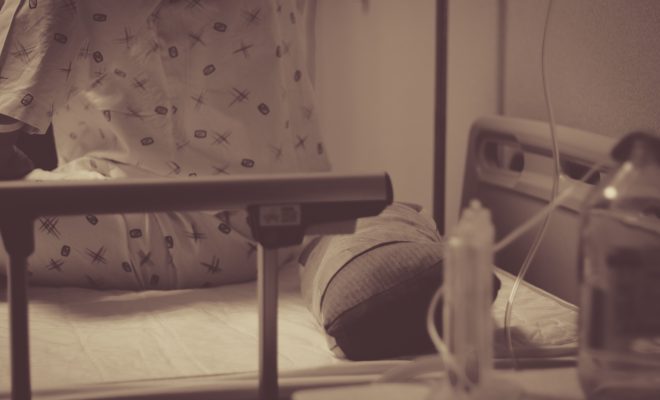 A Right to Die?: The Argument Over Physician-Assisted Suicide

Terminal illnesses are a heartbreaking reality of life–in many cases, doctors can only provide care to help patients feel less pain in their remaining days. But, some activists believe that it doesn’t have to be that way, and that patients with terminal illnesses should be able to have control over their deaths. Physician-assisted suicide is legal in six states in the United States, and multiple states have weighed whether or not to allow it in the last few years. Read on to learn what physician-assisted suicide is, where it’s legal, and the arguments for and against the controversial practice.

What is Physician-Assisted Suicide?

Across states that have legalized the practice of physician-assisted suicide, the process varies. But there are some consistent elements–only licensed medical doctors (M.D.s) or doctors of osteopathy (D.O.s) can issue the prescription. Additionally, doctors must be willing to issue the prescriptions–by no means are they obligated to do so. Many of the states that have legalized physician-assisted suicide also require that there’s some sort of waiting period between when a patient requests the procedure and when it’s granted, and that multiple doctors are consulted in the decision.

Where is Physician-Assisted Suicide Legal?

Currently, there are six states where physician-assisted suicide is legal: Oregon, Washington, Vermont, California, Colorado, and Montana. It is also legal in Washington D.C.

In 2008, Washington became the second state to legalize physician-assisted suicide, via a voter referendum. In Washington, terminally ill residents who have less than six months to live may request drugs that would end their lives.

In 2013, Vermont became the first state to legalize physician-assisted suicide through its state legislature. Like many of the other laws, it includes caveats, including that terminally ill patients need to make multiple requests and wait 15 days after their initial request.

Then, in 2015, the California legislature passed the End of Life Option Act. Like the other states, California put certain restrictions on physician-assisted suicide. The patient must be at least 18, must have a diagnosis that will–within reasonable medical judgment–result in death within six months, and be deemed competent to make medical decisions, among other restrictions.

On November 8, 2016, Colorado voters voted in favor of Proposition 106, which legalized physician-assisted suicide in the state. Almost two-thirds of Coloradans voted in favor of the proposition, which like other states’ legalization measures, requires that the patient has less than six months to live, and is deemed competent to make a decision to end their life.

In late 2016, Washington DC’s council approved a Death with Dignity law, and Mayor Muriel Bowser signed it into law. However, based on the way that DC is set up, Congress has the ability to block laws enacted by the district. While Congress did not succeed in blocking this particular law, it has been known to prevent the city from setting up successful regulatory frameworks through budgetary measures, which could still happen.

Have Other States Tried to Legalize Physician Assisted Suicide?

Arguments in Favor of Physician-Assisted Suicide

In 2014, the story of Brittany Maynard captivated the nation. Maynard, a 29-year-old California woman, was diagnosed with an aggressive form of brain cancer. After trying treatments, none of which were successful in the long term, Maynard decided to end her own life. She became an advocate for physician-assisted suicide, and in many ways, a modern face of the movement. Maynard and her family moved to Oregon from California, as this was before California had legalized the practice. Maynard wrote an op-ed about her decision, explaining why she believed that physician-assisted suicide was the right choice for her, and explaining that her decision wasn’t about being “suicidal,” but about having an option at the end of her life:

I’ve had the medication for weeks. I am not suicidal. If I were, I would have consumed that medication long ago. I do not want to die. But I am dying. And I want to die on my own terms.

I would not tell anyone else that he or she should choose death with dignity. My question is: Who has the right to tell me that I don’t deserve this choice? That I deserve to suffer for weeks or months in tremendous amounts of physical and emotional pain? Why should anyone have the right to make that choice for me?

Now that I’ve had the prescription filled and it’s in my possession, I have experienced a tremendous sense of relief. And if I decide to change my mind about taking the medication, I will not take it.

Maynard did take her own life, in November of 2014, and remains a face of the movement to extend physician-assisted suicide.

Dr. Jack Kevorkian was known as an advocate for physician-assisted suicide, but was found guilty of second-degree murder for actually administering drugs to one patient himself, and served eight years in prison. Dr. Kevorkian, nicknamed Dr. Death, was believed to have assisted in over 130 suicides throughout his career. He used multiple methods, including setting up ways for patients to inject drugs into themselves, carbon monoxide poisoning, and his infamous “suicide machine,” which was built into the back of a van.

There were claims that Dr. Kevorkian crossed serious ethical lines with his practices. An analysis conducted by a team at the University of South Florida at Tampa of 69 assisted suicides supervised by Dr. Kevorkian claimed that 75 percent of his patients were not terminally ill.

While some defend Dr. Kevorkian as a pioneer, his methods remain controversial, and are often cited as an argument against physician-assisted suicide.

Anneliese Mahoney
Anneliese Mahoney is Managing Editor at Law Street and a Connecticut transplant to Washington D.C. She has a Bachelor’s degree in International Affairs from the George Washington University, and a passion for law, politics, and social issues. Contact Anneliese at amahoney@LawStreetMedia.com.
Share:
Related ItemsAid-in-DyingCaliforniaColoradoMontanaOregonPhysician-Assisted SuicideWashingtonWashington DC