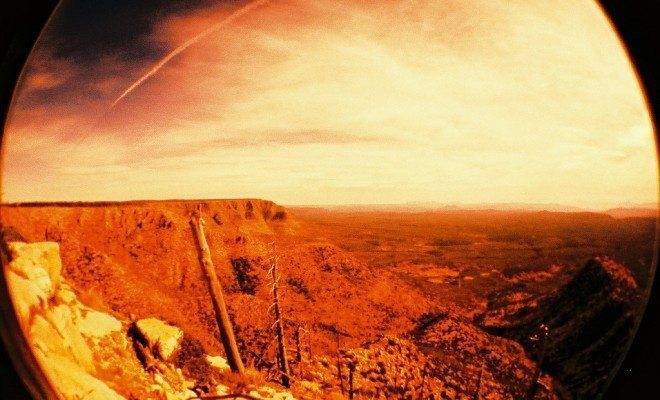 Mankind is Mars-Bound: All the Facts on Mars One

Imagine this: The year is 2024 and there are humans living on Mars. Sounds like a chapter right out of a sci-fi novel, but this is a real mission that will officially launch ten years from now. In 2011, co-founders Bas Lansdorp and Arno Wielders came together to start a Netherlands-based non-profit organization with the mission of conceptualizing plans for establishing a permanent human colony on Mars. They collaborated with aerospace organizations in the USA, Canada, Italy, and the United Kingdom to solidify a plan. Click here to view a full list of suppliers. In April 2013, a press conference was held in both New York and Shanghai to launch the mission into action.

Click here to view the history of Mars One:

Mars One: The Basics

Starting in 2013, applicants were able to apply to be a part of the one-way mission. Every year a new batch of astronauts will join the group and begin the eight-year training process before the departure to Mars. There are five traits that the Mars One mission deems vital in its astronaut selection: “Resiliency, adaptability, curiosity, ability to trust, and creativity/resourcefulness.” Applicants must be free of both health and mental illness, as well as possess an adequate level of physical fitness.There are four rounds to the astronaut selection process. The first round begins with the submission of an online application. The application will consist of a letter to Mars One, which will include a resume and one-minute video outlining the candidate’s reasons for applying. If selected to proceed to round two, applicants must submit a record of medical health. After the committee reviews the documents, applicants will meet with the selection committee. Round three will incorporate a reality show aspect in which 20-40 candidates will participate in challenges to test their ability to survive on Mars. The selection process will be aired on television and the internet, and will conclude with the selection of one astronaut per region. The rest of the applicants will be selected by the Mars One committee. On the Mars One website, videos of applicants and supporters are open for the public to view.

The training for the first group of applicants will begin in 2015. To prepare for a life on Mars, trainees will be kept in groups of four (to simulate their mission group) and will learn how to become self-sufficient in an isolated environment. Astronauts will go through three phases of training, including technical, personal, and group. At least two people from every group must be fluent in technical training, which will consist of the knowledge of medical equipment, geological studies, and exobiology (the study of alien life). Other specialties will include physiotherapy, psychology, and electronics. As the population on Mars increases, each person will bring more individual expertise to the community, and training time may be decreased accordingly. Personal training will focus on the astronaut’s ability to survive the psychologically straining components of this new environment and lifestyle. Group training consists of simulating life on Mars. Astronauts will learn to grow crops, retrieve water, and maintain their life support systems.

Mars One is a nonprofit, non-governmental funded project. It receives funding via donations, contributions from sponsors, and the sale of Mars One merchandise. The estimated cost of the project is roughly $6 billion.

Astronauts will reside in living units that produce oxygen; they will grow their crops for food and water will be extracted from the soil and put through a treatment process. Astronauts will reside in inflatable living tanks that will be filled with breathable oxygen, and will eliminate Carbon Dioxide from the unit. Each astronaut will have 20 m3 of personal living space. According to Mars One, “this system will be very similar to those units (that) are fully functional on board the International Space Station.”

Astronauts can communicate with family and friends on earth via text, voice, or video. Connection can take up to 20 minutes, so direct phone calls are not a practical form of communication.

Astronauts will have access to television and internet with a three-minute delay from Earth. Astronauts must request a certain broadcast in advance, so that it can be uploaded to the server.

The astronauts will also have to spend time configuring a system of organization for their colony. They will have the responsibility of deciding on a democratic set of rules to appease the community and help avoid chaos or, in the worst case, a demise of the colony. There will be no religion to dictate principles; decision making will be based on the individual’s system of ethics and free choice.

As of now, the policy on conception states that pregnancy is not advised. Scientists are unsure if the conditions — gravity in particular — is conducive to pregnancy. According to Mars One, the issue of retaining the society’s population count will have to be researched more in depth in later years.

Is Mars One Ethical?

At this point, astronauts who decide to partake in this project will not be coming back to earth. This means that if conditions fail to meet the astronaut’s expectations, they do not have the choice to abort the mission and return. “All those emigrating will do so because they choose to.” Also, astronauts will go through extensive training to ensure that they know what to expect. They have the option to abandon the mission at any point before departure. Mars One ensures that they will attempt to offer the highest quality of life as possible.

Mars One assumes that the astronauts will naturally figure out a system of governance. Is it ethical to send people to space with no structured code of governance or appointed officials? Naturally, roles of the colony will evolve based on factors such as personality, intelligence, and physical strength; yet with no strict system, there is no way of telling how the colony dynamics will develop. This poses an ethical issue regarding the safety and happiness of the individuals involved. This issue will have to be addressed once the astronauts establish themselves.

Not only is there a question of ethics regarding the colonization of Mars, but we also have to ponder the legal aspect. Generally speaking, Mars One will not violate any legal standing regarding international space law. According to nhbar.org, one fundamental principle of international space law is “that all nations are free to conduct scientific investigation in space.” The plan for 2024 to colonize Mars is experimental; and as long as it remains free of a military presence and does not have a negative impact on the environments of Earth or Mars, it broadly falls in the confines of international space law.

According to nhbar.org, “The Outer Space Treaty obligates States to preserve the environment of outer space in the course of their activities.” In a statement from Mars One, they outline the steps they will take to ensure an environmentally safe project: “Mars One will take specific steps to ensure that the Mars environment will not be harmed. The Mars base will be forced to recycle just about everything, and pay close attention to its energy use and minimize the leakage of materials and energy.” Currently, Mars One ambassadors are speaking with the ICSU Committee on Space Research (COSPAR) to decide how they will successfully protect Mars’ environment. There are currently two major components that will help to protect the environment of Mars:

According to Mars One, “Mars One is a private and not a governmental initiative.” This statement does not necessarily protect state actors from legal responsibility; yet, where the sole duty lies is unclear at this time. In the case of Beattie v. U.S., the courts noted in the Outer Space Treaty that “the basic principle is that in the sovereignless reaches of outer space, each State party to the Outer Space Treaty will retain jurisdiction over its own objects and persons.” The project is a “Dutch-based” nonprofit initiative, and is funded by 94 countries worldwide. Mars One is a non-governmental multi-national collaboration; and although one nation may not claim sovereignty to a celestial body, they may be  liable for damage or misconduct in space. If the Outer Space Treaty and international space law is violated, who will be held accountable? Since the project is independent, yet funded internationally, where will legal action be directed if there are violations of international space law? Does this mean that space law has to be updated to accommodate where the responsibility lies? At this time the legality of Mars One remains unclear due to the unique nature of the project.

Another issue that the Mars One team fails to address is the legal structure on Mars itself. Currently, the astronauts are held responsible for the creation of a government body upon their arrival on Mars; the future colonized Mars is to be collaborative and democratic, yet who will enforce this newly conquered planet’s young and weak system? Who will be prosecuted if there are faults in the general system? Are astronauts held responsible for their actions in space under the laws that govern earth, and if so, whose laws will govern them? Are these astronauts signing away their souls to space research, and lacking any legal protections? According to Mars One, “Mars One identifies two major risk categories: the loss of human life and cost overruns.” The astronauts are agreeing to enter a potentially dangerous situation where there is no law to serve as a buffer between them and a potentially life-threatening situation for the sake of science. There is little stability in terms of a governmental and legal system on Mars, and to trust a small group of average citizens to form an effective operating society seems to be a disaster waiting to erupt.

To hear more from co-founder Bas Lansdorp click here for a full interview.

NBC News: Mars One Pares Down Its List of Red Planet Settlers to 705

Washington Post: Would you Take a one-way Ticket to Mars?

University of Nebraska–Lincoln: The Treaty on Rescue and Return of Astronauts and Space Objects

Madeleine Stern (@M3estern) is a student at George Mason University majoring in Journalism and minoring in Theater. Her writing on solitary confinement inspired her to pursue a graduate degree in clinical counseling after graduation. Madeleine is an avid runner, dedicated animal lover, and a children’s ballet instructor. Contact Madeleine at staff@LawStreetMedia.com.