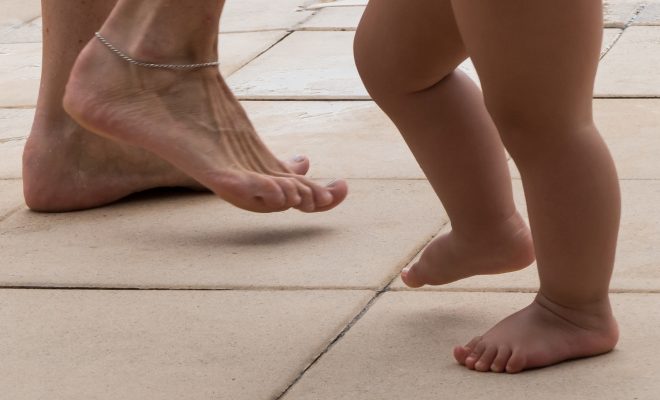 Intergenerational Daycare: How Do We Deal With Care Across Generations?

America is getting older. In 2012, 43.1 million Americans were aged 65 and older. By 2050 it will be 83.7 million, nearly doubling. The surviving members of the baby boomer generation, my parents’ generation, will all be over the age of 85 in that year.

The United States is of course not the only country with an aging population. Many countries in Europe, as well as Japan, are facing a shift in demographics. Japan’s population, in particular, has a very high proportion of elderly citizens. More than a quarter of its population is over 65. It hasn’t reached “children of men” status there yet, but increased life expectancy and low birth rates can make it difficult for a society to function.

As our population gets older we are going to have to come up with ways to take care of our oldest citizens. Not all families are equipped to handle the level of care that the elderly require, particularly those in the 85 and older age range. For this reason, nursing homes and assisted living facilities have become increasingly common. And while the care and medical attention are positive aspects of this change, there are drawbacks such as less time spent with family and less interaction between older Americans and their communities. This can leave the elderly feeling disengaged from life, depressing them and causing a negative impact on their health.

In addition to the needs of our oldest citizens, we also have the needs of our future citizens to think about. Access to affordable daycare has long been a problem and in fact has become an increasingly visible issue in the 2016 election, with people from Hillary Clinton to Ivanka Trump citing the need to provide quality, affordable daycare to working families. Many working Americans, about 44 percent of them, have both dependent children and aging parents to care for. Providing daycare for their small children is often difficult or impossible. Families without means turn to unlicensed daycares or informal arrangements with neighbors.

There may be a way to deal with both of these concerns at the same time. If both the very old and the very young need care, one possible solution is to put both of these groups together. Which is exactly what intergenerational daycare facilities, like Mount St. Vincent in Seattle, do.

There are more benefits to putting the old and the young together than just convenience for those in between. Increased social interactions have a positive impact on the health and quality of life for the elderly–delaying mental decline, reducing the risk of disease, and lowering blood pressure. The elderly residents aren’t in charge of caring for the children at Mount St. Vincent and facilities like it but they still participate in activities with them, which gives them a sense of purpose. This sense of purpose is one of the key components to fighting depression and some of the negative emotions associated with getting older.

Some of the negative emotions that come with aging, such as feeling that you are no longer useful, are culturally imposed. And they are stereotypes that increased interaction between generations can help eliminate. Take a look at this TedTalk by Evan Biggs, the maker of the film “Present Perfect,” which chronicles the Mount St. Vincent facility and how it works. It’s a long video but worth watching.

A culture that promotes the idea that people who are older have intrinsic value despite, or even because of, their age means that the elderly feel valued and live fuller lives. But establishing this type of culture is something that is done over a long period of time, which is where intergenerational daycare can provide an added benefit. They teach children from a very young age that the elderly have value and get them used to interacting with people from an age group that they might not otherwise come in contact with. In pre-modern societies the generations typically aren’t segregated from each other, but in our modern society, with an increased amount of elderly people living in nursing homes or otherwise apart from their grandchildren, effort needs to be made to bring these groups together.

Interacting with the elderly also allows these children to get even more attention and enriching activities than they would if it was only the staff of the daycare in attendance. There are just more adults around to participate. Take a look at this footage from PBS on the Mount St. Vincent daycare that shows residents and children interacting with each other.

If the elderly benefit and the children benefit, then what is the problem with putting nursing homes and nurseries together?

The most obvious drawback is the likelihood that residents will die and the children will be forced to deal with the question of death and mortality. There really isn’t an easy way around that problem, but it may not actually be a bad thing. At some point, children learn about death and get the sense of their own mortality. No method of discovering that is completely free from trauma. The key to dealing with this isn’t to delay learning about death as long as possible but rather to handle the topic in a compassionate and age-appropriate way.

Another concern is that some elderly residents may not actually want to spend time with children. Not everyone likes little kids or wants to feel responsible for interacting with them. In an effort to provide a way to feel useful we might be providing some people with a chore instead. That is why the amount of time they spend with children or if they spend any time with them at all should be completely voluntary for the elderly participants. Some may be interested in spending the majority of their free time with the children and some may not. Both age groups need to have their own space as well as the ability to opt in and out as they choose. The caretakers for the children and for the elderly should be the staff and the structure of the facility needs to reflect that.

There is a danger of infantilizing the elderly by having the two groups together that care providers should be aware of. Although they may have the need for some physical assistance the way small children do, the elderly are not like small children and may find that being in a facility with children obscures that fact. Providers should be aware that what might be an appropriate treatment for a small child, such as using “baby talk,” can be demeaning when directed at an elderly person. While these facilities serve both age groups they should do so knowing that they are two very different groups with different needs.

These are not insurmountable challenges. Managing an intergenerational daycare that benefits both young and old may be more challenging than running a nursing home and a daycare in separate facilities. But it is certainly something that can be successfully done, as long as care providers are able to treat each age group appropriately and the system is one based on voluntary participation.

Various private facilities, such as the Mount St. Vincent facility, are already using an intergenerational model with a lot of success. But this could be an area in which the government can encourage the development of more of these facilities. If we decide that the social benefits of these facilities–the improved emotional lives of the elderly and the increased social skills for the young–are an improvement on separate nursing and daycare facilities, then we have options to encourage their use. Because our population is aging we are going to have to invest in care facilities for the elderly. For new facilities that are built by private companies, governments can offer tax incentives or subsidies if those facilities also open their doors to children. The government could also sponsor facilities and provide subsidies for working families.

In Denmark, this is something that they already do for small children, typically covering 75 percent of the cost, which has resulted in Danish women having a much stronger presence in the workforce than, for example, in the U.K. where this is not the case. A similar program could be instituted for children here in the United States. And if we really wanted to encourage intergenerational daycare we could give added subsidies to parents who send their children to one, or include residence or daytime attendance at a daycare in the benefits we provide to the elderly.

Any and all of these ideas are obviously going to involve a huge investment in terms of money as well as cultural change and human capital. But the current childcare system is a crushing burden on working families. Child care is unaffordable for many families–in Nevada, 75 percent of families can’t afford it–and often poor in quality, with only 10 percent of daycares nationally being rated as “very high quality.” Providing a tax break to families so they can purchase childcare only works if there is childcare to be purchased that can meet scheduling needs and is high quality. All children and the elderly, deserve “very high quality” care.

As our population gets older we need to start thinking about how we are going to care for our aging citizens. And we already are faced with a childcare crisis that requires us to come up with a new solution. It need not be one solution. In fact, a combination of encouraging employers to provide daycare, subsidies, or income percentage caps, and even government facilities could all play a role. Intergenerational daycare could be a feature that allows us to take care of both of these populations while at the same time promoting cultural values of respect for the elderly and investment in children.

Census Bureau: An Aging Nation: The Older Population In The United States

Goodreads: The Children of Men

The New York Times: Daycare For All Ages

Atlantic.com: The Preschool Inside A Nursing Home

The Guardian: What Britain Could Learn From Denmark’s Childcare Model

Metro.co.uk: This Nursery In An Old People’s Home Is Everything That’s Right With The World

Mary Kate Leahy
Mary Kate Leahy (@marykate_leahy) has a J.D. from William and Mary and a Bachelor’s in Political Science from Manhattanville College. She is also a proud graduate of Woodlands Academy of the Sacred Heart. She enjoys spending her time with her kuvasz, Finn, and tackling a never-ending list of projects. Contact Mary Kate at staff@LawStreetMedia.com
Share:
Related ItemsAging PopulationChildcareDaycareElderly CareIntergenerational CareNursing Homes